No8 Belinda Bencic also pulls out; Nishikori in doubt after positive Covid-19 test 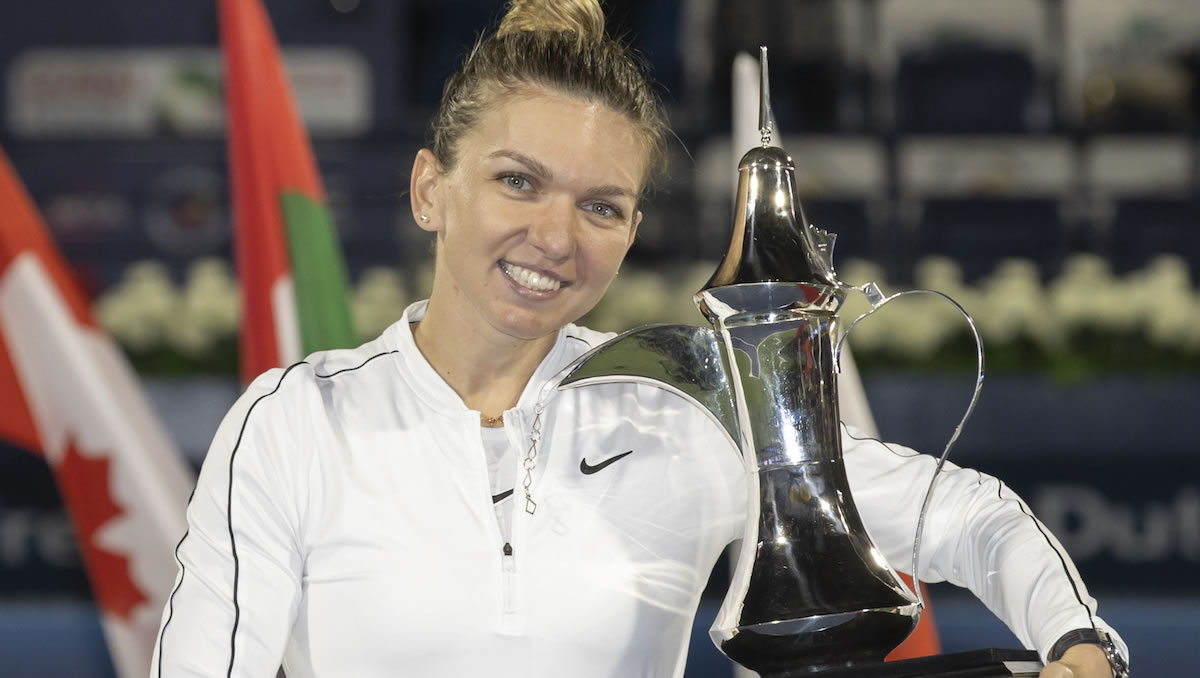 Simona Halep preluded her campaign in Prague last week by saying that she was still undecided about travelling to the Western and Southern Open and the US Open.

Both tournaments, by far the biggest to get under way since the coronavirus pandemic closed down tennis at the start of March, will be played at the US Open’s home at Flushing Meadows in heavily restricted conditions for players and their teams—and without any fans.

And in these unusual circumstances, players have been assured that they will not be penalised if they choose not to travel overseas for what are normally ‘compulsory’ events. It is a decision that has, for some, been complicated further by the switch of the French Open and its preparatory clay events into the immediate aftermath of the New York tournaments.

In such a scenario, Halep always looked like voting with her feet—feet that are at their happiest on clay—and within hours of lifting the Prague trophy, she announced that she would indeed be bypassing the American swing.

The world No2 said:

“After weighing up all the factors involved and with the exceptional circumstances in which we are living, I have decided that I will not travel to New York to play the US Open. I always said I would put my health at the heart of my decision and I therefore prefer to stay and train in Europe. I know the USTA and the WTA have worked tirelessly to put on a safe event, and I wish everyone there a successful tournament.”

But her withdrawal is the fifth top-10 player in the space of a week from the women’s draw, following that of defending champion Bianca Andreescu, last year’s semi-finalists Belinda Bencic and Elina Svitolina, and the 2018 Cincinnati Open champion Kiki Bertens.

World No1 Ash Barty declared her absence some time ago, and that leaves the US Open with just two of the top-eight women still in the draw: No3 Karolina Pliskova and No4 Sofia Kenin.

In better news for the tournament, No9 Serena Williams is signed up, along with sister Venus and three-time former champion Kim Clijsters. Serena Williams, who will be going for her record-equalling 24th Major, will now be seeded among the top four rather than outside the top eight.

The great American also got some valuable match-practice in her first competitive event since early February, to reach the quarter-finals of the Top Seed Open in Lexington—managing to play three three-setters back to back.

As for Halep, she grew in form through her winning campaign in Prague, and via some tough tests, too. Her first two matches were long three-setters, and even her final against Elise Mertens, the No3 seed, was a challenge. Halep came back from a 0-2 deficit in the first set, and then saw her 4-2 lead in the second wiped out before she finally broke down the Belgian to win the match, 6-3, 7-5.

It was Halep’s first tournament on clay since she reached the quarter-finals of the French Open more than a year ago, and it yielded her first clay title since she won Roland Garros in 2018. She surely has her eyes set on that same prize again in October.

What the playing circumstances will be by Paris, though, is hard to say. Currently the French Open intends to have a reduced number of spectators, but safety for fans and for players remains the biggest concern, as Halep admitted after her Prague win.

“I was a little worried at the beginning, but here we felt very safe, and all the restrictions and rules were respected: If we can do tournaments like this week, I feel it’s a big chance for us to participate again. It’s very different and a little stressful, and we have to adjust ourselves, but the fact that everyone was good these 10 days means that everything was really well done.”

The Romanian star also referred to one of the other problems many players will face: regaining the stamina to get through multiple matches in back-to-back days and weeks.

“In the second set, I was 4-2 up, but I was dead. I was tired, I couldn’t move very well—but again today mentally I was really strong, and that’s why I was able to win in two sets.”

Thus far, the men’s draw for New York is standing up rather better. Defending champion Rafael Nadal has withdrawn, and will undoubtedly continue his preparation on clay to give himself the best chance of defending his French Open title and thereby equal Roger Federer’s 20 Major titles.

Federer, incidentally, will miss both Majors as he looks further ahead to the 2021 season following rehab from knee surgery. However, these are the only two in the top eight thus far to pull out of the US Open. However another big name may soon join the list of absentees.

Kei Nishikori, who reached the US Open final in 2014, and has made the semis twice since then, announced his withdrawal from Cincinnati after testing positive to COVID-19 just before he was due to fly from Florida to New York.

“This morning while still in Florida, I got tested for COVID-19 and tested positive. I will have to pull out of the Cincinnati tournament at this time. Me and my team will get tested again on Friday, at which point I will have another update.”

He added: “I am feeling well and have very little symptoms.”

Other men to have opted out of travelling to New York are, No9 Gael Monfils, No11 Fabio Fognini and No17 Stan Wawrinka.