Medvedev/Djokovic play for first semi spot; Zverev has to beat Djokovic on Friday to stand a chance 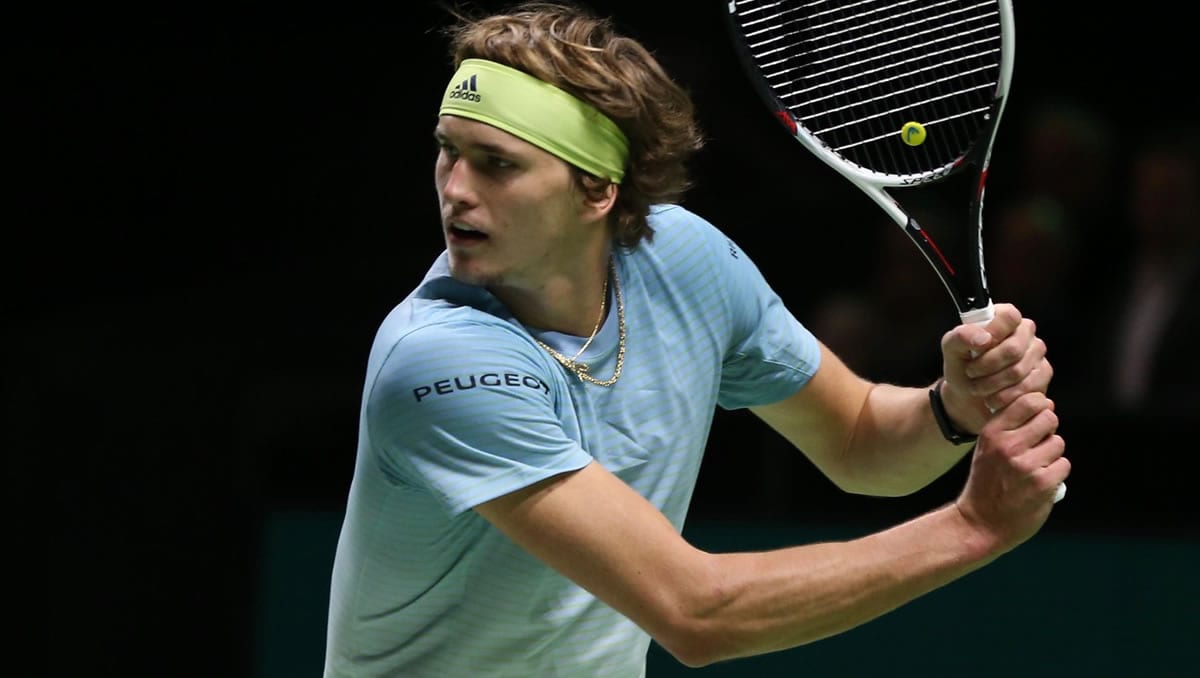 The 2018 champion and current world No7, Alexander Zverev, put it bluntly after his disappointing opening match at this year’s Nitto ATP Finals.

“I need to be better on court… Because if I play like today, I’m not going to win any matches here this week. Now I can’t afford to lose. I need to beat Diego, I need to beat Djokovic to have a chance to go to the semi-finals.”

Considering his form coming into the last playing of the tournament in London, he might have expected more from himself. The tall German, who has been forced to bat away questions about accusations by a former girlfriend, had nevertheless come within a gnat’s whisker of winning the US Open, won two ATP250s in Cologne, and reached the final at the Paris Masters.

His problem was that, in his opener at the O2, he faced the man who beat him in Paris, new world No4 Daniil Medvedev. The equally tall Russian has a game not unlike Zverev’s big-hitting approach but with a little more bravado, a little more flat zip off both wings, and a little more tactical nous.

Those qualities paid off for Medvedev in his 6-3, 6-4 win, though that score belied one of the most gruelling opening sets of tennis of 2020, a set of 73 points in just a little short of an hour. Both looked exhausted as they headed through the second set, but Medvedev rose in confidence and quality to close out his third win over the German in their last four matches.

It moved Medvedev to second in his group, trailing world No1 and favourite for the title, Novak Djokovic, only by a two-game difference. But it left Zverev, for all the leg-depleting efforts of that first match, below the semi-final cut-off.

Still he had a chance to redeem himself, and he hopes to get that turn-around started in his second match, where he took on the last to qualify for the tournament, Diego Schwartzman—who suffered a similar loss to Djokovic in his opener. It was, in short, a make-or-break contest for each to keep their hopes alive.

On paper, Zverev had the advantage, not least in height—the German stands almost 30 cm taller than the Argentine. And in four previous meetings, Zverev had beaten Schwartzman in both their indoor hard-court meetings, and with considerable ease.

Put into serve first, he started confidently, and turned the thumbscrews on Schwartzman with a quick break point—saved in a long, probing game.

But the Argentine came back at him, helped by a Zverev double fault. Schwartzman whipped a ball past the net-stranded German and broke.

But it did not last. Zverev, for all his hiccups on second serve, was striking the ball well from the baseline, deep and fast. So Schwartzman was again under pressure himself on serve, beaten by a big forehand for the break back. Zverev then broke again, holding for 5-2, before the Argentine stemmed the tide with a hold.

Zverev, once his first serve was into a groove, was eager to get in and finish at the net—but he had to keep his serve working. A double fault, then an overhit forehand, and he was in trouble courtesy of a fine cross-court winner from the Argentine for two break points. But that serve came to his rescue: a 138 mph ace, followed by a 141 delivery, and Zverev served out the set, 6-3.

Schwartzman seemed at a loss for how to handle the match, perhaps feeling the pressure of needing to win this match to stay in contention. He made more errors than usual, and played too often to Zverev’s strength, his backhand. Combined with a poor serving percentage, it was guaranteed to free up Zverev’s game. Sure enough, the German had break chances in the first game of the second set.

However, Schwartzman held, and started to find some consistency, some good angles and changes of spin, and it forced errors from his opponent and a break chance in the second game. Zverev countered with an ace and then a volley winner, his eighth from 12 at the front of the court.

Again, in the third game, Zverev worked break points, and this time a Schwartzman error sealed it. The German held for 3-1, but in this see-sawing, unpredictable match, the Argentine lifted his level again, broke back, and held for 4-3. Zverev’s momentum ebbed away, and Schwartzman broke again to take the set, 6-4.

The Argentine took a long comfort break, too, to let Zverev ponder how he had let that set and the match slip away. The German is not one to hang about between points or games, and several times was seen pacing the back of the court while Schwartzman took the full allotted time. Zverev did so again, a languid figure leaning on the court surrounds—waiting. Could he channel his demons to take control again?

A 26-stroke rally in the fifth game stretched Schwartzman to the limit and earned Zverev a break chance, clinched by the German’s best volley winner of the day, 3-2. So the Argentine found himself serving to save the match at 3-5, and too many errors brought the end with a break: Zverev had the win, 6-3.

As he said straight afterwards, “I am happy to get the win and give myself a chance to reach the semi-finals… Looking forward to Friday, and the toughest match here.” He will play Djokovic.

Meanwhile this result had immediate implications for the night match between Djokovic and Daniil Medvedev. If the former won in two sets, his qualification for the semis was confirmed. The Russian had only to win, regardless of the score, to qualify.

There was no denying that it could be the most significant match of the pool, and without a clear favourite. Djokovic and Medvedev had shared the four matches played since the start of 2019, and the last three had all gone to the full three sets. With both hitting great form in London, it promised to be a cracker.

It was iron man stuff from the start, and come the seventh game, it took more than 11 minutes and multiple deuces before Medvedev’s pin-point strikes were rewarded to convert his fourth break point, 4-3.

The Russian held quickly and his aggressive baseline tennis pressured Djokovic into rare errors. The Serb, breathing heavily, double faulted three times to concede break and set, 6-3, having worked not a single break point against Medvedev.

The level for 40 minutes of the 50 had been outstanding, but could Medvedev maintain it? He started with a love hold, three aces, to win his fifth straight game, and with just six unforced errors for the match thus far: Djokovic was up to 18—a rare stat indeed for the usually high-precision tennis of the world No1.

The assault—and resilience—continued into the second game, an immediate break for Medvedev. The Russian faced his first break point in the third game, saved at the net, aced twice, held, 3-0.

Djokovic broke the run with a hold, and went on to force the Russian to serve it out—which he did with aplomb, 6-3, in his second stunning performance in London. And it earned him a semi-final place as top of the group. For Djokovic, he now turns to Friday and Zverev to earn the second place. Qualification will not be as easy as he may have hoped.

Nitto ATP Finals 2020: Dominic Thiem tops Nadal in classic: ‘It’s a match I will remember for a long time’