Gary Lineker has taken to social media to express his disappointment at seeing Frank Lampard be sacked by Chelsea FC this week.

The former England midfielder was given his marching orders on Monday morning after a poor run of form from his Blues side in the Premier League in recent weeks.

Chelsea FC currently find themselves on 29 points in the Premier League after having won just one of their last five games in the top flight.

Lampard led Chelsea FC to a fourth-placed finish in the Premier League last season and the Blues had started this season fairly well, before a dip in form over the winter period led to a slide down the table.

Former England striker Lineker was not happy to see Chelsea FC part company with their manager as he took to Twitter on Monday to have his say.

Posting on Twitter, Lineker said: “Reports that Frank Lampard will be sacked by @ChelseaFC today. Utterly ludicrous after his first bad run.

“It was always going to need time given so many new signings feeling their way into a new club.

“Patience being a virtue is seldom recognised in this sport. They never learn.” 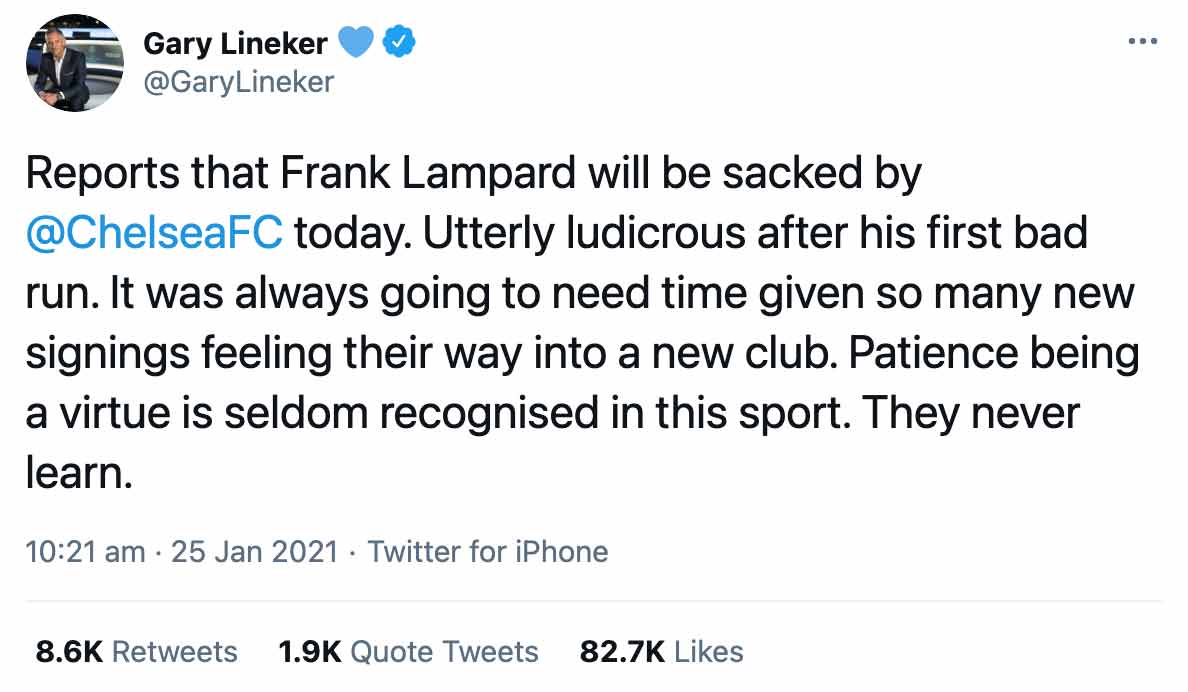 Chelsea FC are in Premier League action on Wednesday night when they host Wolves at Stamford Bridge.

The Blues will then take on Burnley at home on Sunday afternoon in the top flight.