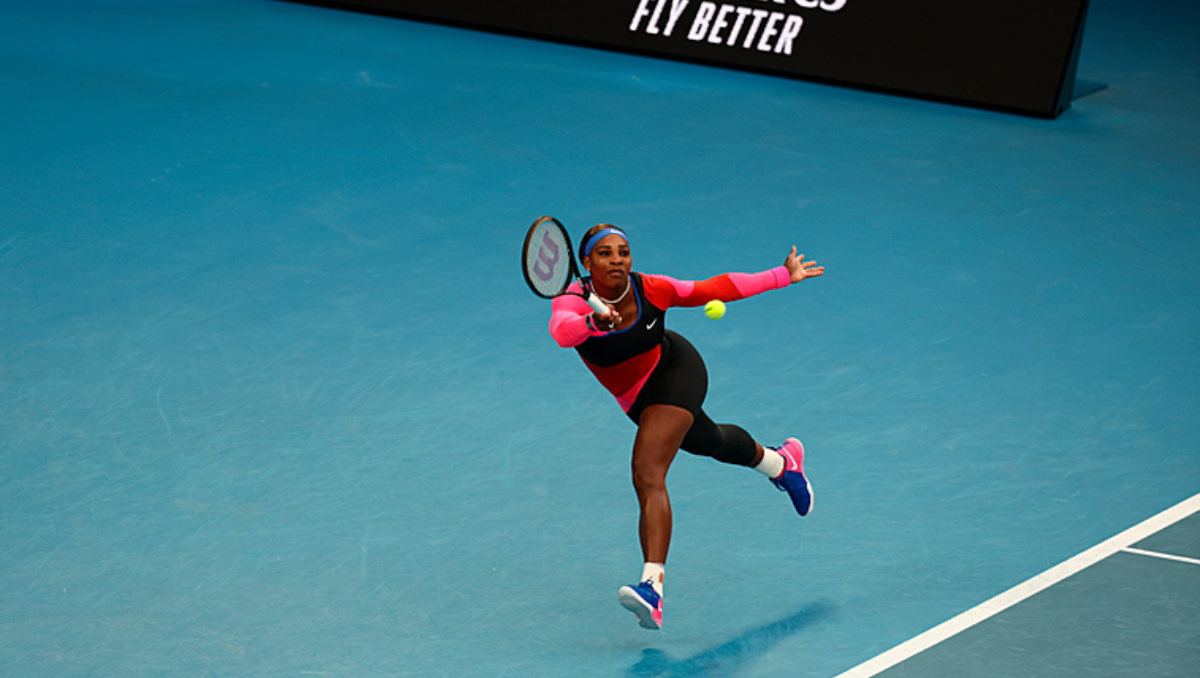 Is there a more formidable prospect in tennis than facing world No1 Novak Djokovic on the courts of Melbourne Park?

The mighty Serb, about to play his ninth Australian Open semi-final, had gone on to win the title from all eight previous semis. He had won his 80th match against Alexander Zverev in the quarters, and had lost only eight matches in his 17 visits.

Djokovic was playing to reach his 28th Major final, just three behind the record 31 of Roger Federer. And talking of the great Swiss, who has been absent from Melbourne for the first time in 21 years, Djokovic was already assured of taking one of Federer’s biggest records: Come the second week of March, he will reach 311 weeks at No1.

This, then, was what the 114-ranked qualifier, Aslan Karatsev, faced on a warm Thursday evening in February, as this memorable, out-of-time Australian Open headed to its conclusion in a pandemic-blighted world.

Contesting just his 19th tour-level match, Karatsev had already made records just to reach the semis. This was his first time qualifying for a Major at his 10th attempt, and he had become the first man in the Open Era to reach the semis on his Major debut.

The late blooming Karatsev, now age 27, had been making his mark since the resumption of tennis last August following the coronavirus lockdown. Ranked 253, he took advantage of some excellent Challenger draws, winning two of them, to climb close to 100. So his run of form was not entirely out of the blue. Even so, there were few who could have predicted he would go on to beat No8 seed Diego Schwartzman, No20 Felix Auger-Aliassime and No18 Grigor Dimitrov.

Now, he hoped to become the first qualifier in the Open Era, man or woman, to reach the final at a Major. But it soon became clear that Djokovic had other ideas.

Karatsev stayed on level terms for the first seven games of the match, but then Djokovic, now with more of a measure of his opponent, broke to love, 5-3, and served out to love with an ace, 6-3, in a scant 35 minutes. He had made just one unforced error to 13 from the qualifier.

Come the third game of the second set, Karatsev’s tactic of racing to the net left him flat-footed in the face of Djokovic’s return, 0-40, and then a double fault conceded the break. To make matters worse, Djokovic broke again for 4-1, again to love, and to rub salt into the wound, did so courtesy of a net-cord winner.

A 10th ace sealed another hold to love before Karatsev got another game, and after more than an hour’s play, the Russian went on to earn his first break point. A loose game from Djokovic, and the crowd roared their approval as the Russian broke.

A Karetsev hold, and Djokovic had to serve for the set, and where two net-cord winners had gone Djokovic’s way, this time one brought up break point for the Russian. The Serb’s outstanding serving came to his rescue—and he was up to 12 aces—and he forced an error to take the set, 6-4.

Djokovic roared, and roared again, as though he had won the match, though it was surely instead for his own mini-battle. And while Karatsev had come back from two sets down already this tournament, that had been against the young Auger-Aliassime. Doing something similar against the resilience and determination of Djokovic was an altogether bigger mountain.

This time, a net-cord error by Karetsev brought an immediate break, but a couple of swinging forehand winners from the Russian had Djokovic shaking his head and the fans cheering as the Russian broke back, 2-2.

However, Djokovic had the measure of his man, and broke twice to serve for the match at 5-2. He closed it out with two aces, making a tally of 17, 6-2, to reach yet another final in Melbourne.

For Karetsev, the dream run was over, but come Monday, he will rise to a career high of 42—and make himself a man that any seed in the forthcoming tournaments will want to avoid.

After a shaky moment early in the tournament, when Djokovic pulled a muscle in his side, things have panned out nicely for the defending champion. A swift three-setter to reach the final, his serve finding a great groove, and he now has two days’ rest to sit back and watch the best two young stars on the tour go tooth and nail tomorrow—Stefanos Tsitsipas and Daniil Medvedev.

On top of that, Djokovic admitted:

“This is the best I have felt in the entire tournament. Felt great, I could swing through the ball. No pain. Best match so far. It came at the right time and I’m thrilled to feel this way, for sure.

“I have two days now, I will talk to the team and evaluate. I will definitely train one of the days, probably Saturday, but recovery is priority now. I have had enough match play, enough practice so it is gathering enough energy for the most important match of the Australian Open.”

Hours earlier, however, another great Australian Open champion bid farewell—and perhaps even be a final farewell—to the tournament. Serena Williams, a seven-time Australian champion and playing in her 20th Open, won the last of her 23rd Majors in Melbourne four years ago while two months pregnant.

She has chased the elusive record of Margaret Court’s 24 ever since, reaching four Major finals, but unable to lift the winning trophy. But she had looked fitter and stronger in this year’s event than in a long while, and came through a tough draw of Aryna Sabalenka and Simona Halep to face another former Australian champion, world No3 Naomi Osaka. And although she took the initial lead, 2-0, Osaka’s tennis took off to win the next five games, and she won the set, 6-3.

In the second set, Osaka broke immediately, but Williams levelled. However, the young star pulled off a superb cross-court backhand to break for 5-4, and served out the victory to love, 6-4, after just an hour and a quarter.

Osaka will next play No22 seed Jennifer Brady, who reached her first Major final with a gritty, energy sapping win over No25 seed Karolina Muchova, 6-4, 3-6, 6-4.

But it was Williams’ departure from the Rod Laver Arena, a long salute, followed by a hand on her heart, that took on the look of a valediction. And her brief, downcast press conference soon after did little to allay those thoughts.

“The difference today was errors. I made so many errors today, so… Yeah, just made too many mistakes there, easy mistakes. Not like I was on the run or anything, they were just easy, easy mistakes.”

Asked if her departure from court was indeed a farewell:

And in tears, she left.

Will she return? After the work that has clearly gone into this year’s preparation, and such convincing performances along the way, Williams still has a lot of good tennis to play. Whether it is good enough for that 24th Major as she closes in on her 40th birthday is another question, with such young women as Osaka, Sofia Kenin, Bianca Andreescu, and Iga Swiatek already Major champions.

In the end, it may come down to her desire and will-power: The day must eventually come when she decides “enough is enough”. And after all, she really does have nothing more to prove.