Melbourne 2021: Dan Evans races to first title over Auger-Aliassime: ‘It was a good day’ 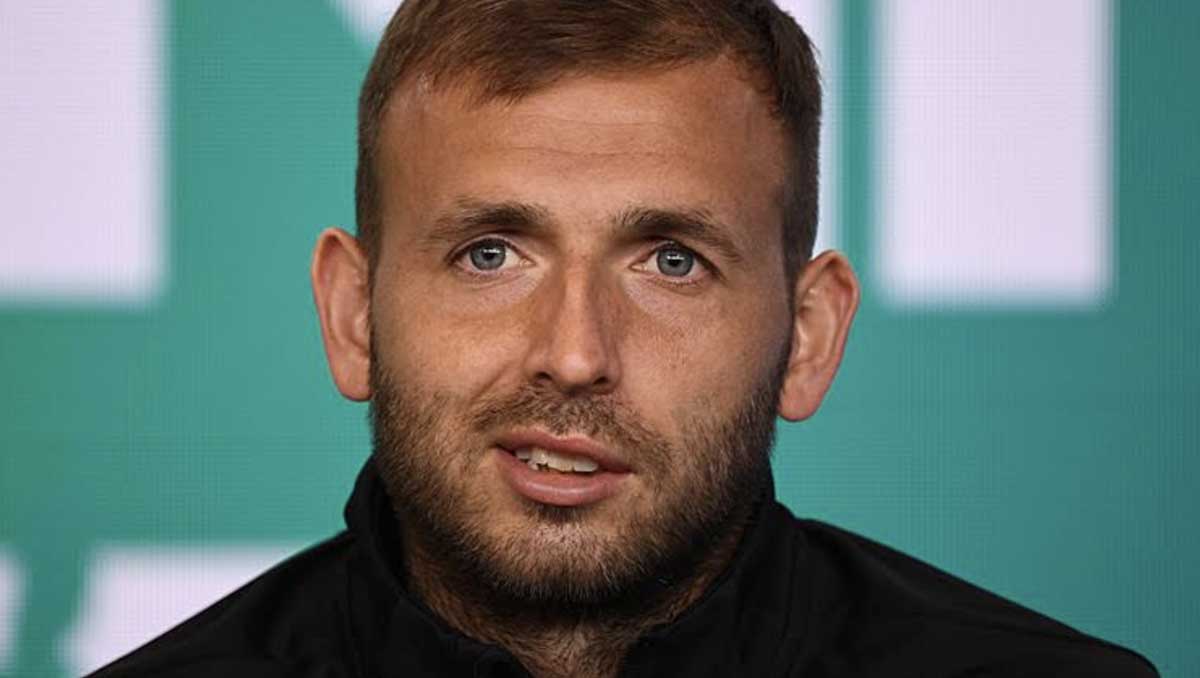 Ahead of his trip to Melbourne, Dan Evans had been trying out a new coach. It did not quite work out so, not for the first time in his professional career, he is travelling light at the Australian Open: a friend and his girlfriend were courtside in the sparsely populated Margaret Court arena.

However, in this his third final, it did not seem to trouble the 30-year-old Briton. He could hardly have played better, nor looked more fit and confident, as he went in pursuit of his first career title.

He has looked the part almost from the start of this brand-new tournament, the Murray River Open, one of a clutch of extra events squeezed into this vital week of preparation between two weeks of quarantine and the Australian Open. He had not dropped a set, and took barely an hour to win his semi-final against Jeremy Chardy. His formula for success?

“The start of this week, I set in stone that I would get back to what I was good at, and it really reinforced my game style and my game plan, and I never really wavered from that… was decisive on how I was going to play, made clear decisions, and to come forward and be aggressive.”

Evans, 33 in the world, now took on a man 10 years his junior and a dozen places higher in the ranks, Felix Auger-Aliassime. But the tall and talented young Canadian had one stat in common with Evans: despite six finals, he too lacked a title on his resume.

But he soon realised, in this first meeting with Evans, that he needed to produce very good tennis if he was to break that duck. Evans, though of modest height in tennis terms at 5ft 9ins, was serving perfectly—perhaps not as fast as the Canadian but with pin-point accuracy and variety. He did not drop a point on serve until the sixth game, and that was after he had already broken Auger-Aliassime.

Evans broke again in the seventh game, and served out the set in a scant half hour, 6-2, with a winning pass that exposed the Canadian’s lack of confidence in coming to the net.

Not so Evans, whose all-court game embraces forward movement, the occasional serve and volley, and plenty of backhand chips to open the chase into the net. Not until the second game of the second set did he face ‘30’ on his serve, and he went on to break in the next game, 2-1. A forehand pass consolidated the break, and a volley winner broke for a second time, 5-2.

Perhaps for the first time, Evans showed signs of nerves as he served for the match: He faced his only break point courtesy of a wild smash, and then double faulted. But could Auger-Aliassime build his own confidence in reply?

Thus far, the errors had flowed from the Canadian’s racket, particularly on the backhand wing, and with Evans stepping in to return his second serve early, Auger-Aliassime was less solid on serve than he needed to be. And he wavered again at 3-5, yielding two match-point chances, and Evans made no mistake this time. Appropriately enough, it was an overhead winner that sealed the title, 6-3, after just an hour and a quarter.

And that really pleased him, as he afterwards noted:

“The match point probably summed it up, to hit forehand down the line and finish at the net was a pretty good way to finish it.”

As is Evans’ way, the celebration was restrained, just a finger pointed to his support team and the handful of British fans who had made it into the cavernous arena. But Evans was very clear about what his main ambition—to do well in “the bigger tournaments”. And the start of that campaign begins on Tuesday when he takes on fellow Brit Cameron Norrie in the first round of the Australia Open.

“It’s a good achievement [winning the title]. But the proper tournament starts tomorrow… I want to do well next week—delighted with how today went and this week, but it’s over now, and look forward to Tuesday.”

By then, Evans will have risen to a new career high of 26, but whether he can match his best result Down Under—or at any Major—and make the fourth round may well depend on a particularly formidable opponent who is likely to lurk in Round 3: Rafael Nadal.

Other results on a packed final Sunday

· Italian teenager star, Jannik Sinner, won his second career title at the Great Ocean Road Open, beating Stefano Travaglia, 7-6(4), 6-4. He will also climb to a new career high of 32, but too late to earn him a seeding in the Australian Open. Instead, he will have to start all over again tomorrow against No11 seed Denis Shapovalov.

· Daniil Medvedev and Andrey Rublev, both top-10 players, sealed the ATP Cup for Russia, the former with victory over Italy’s Matteo Berrettini, 6-4, 6-2, the latter beating Fabio Fognini, 6-1, 6-2. The duo won all eight singles matches, losing just a set apiece throughout.

· In the WTA500 Yarra Valley Classic, the world No1 and home favourite, Ash Barty, beat world No16 Garbiñe Muguruza, 7-6(3), 6-4, in her first event for almost a year. It was her ninth career title, and her second on home soil.

· After two runner-up finishes in 2020, Elise Mertens beat Kaia Kanepi, 6-4, 6-1, to win her sixth title at the Gippsland Trophy. Mertens won her first title in Hobart in 2017, defended it the next season, and went on to reach her first Major semi weeks later at the 2018 Australian Open. She will jump to 16 in the ranks, but is seeded 18 in the Open this year. Like Barty, she begins her campaign on Tuesday.