Ostapenko and Svitolina, Boulter and Gauff set to clash in Gippsland draw 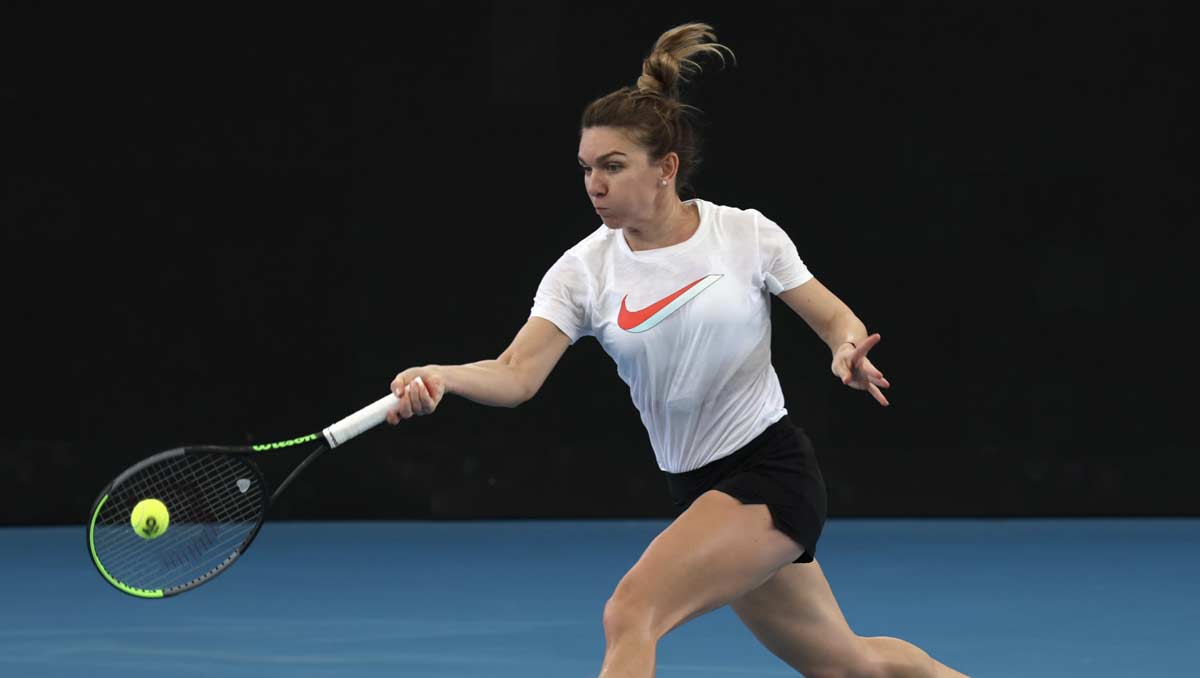 On a day boasting 49 matches, there were surprisingly few upsets as the Melbourne Summer Series of six tournaments cranked up towards a peak display of close to 100 matches in a single day on Wednesday.

Of course, Australia is waiting with bated breath for their beloved world No1, Ash Barty, to kick off her campaign, but in the interim, the draw in the Yarra Valley Classic, in which she is top seed, has not disappointed.

The fact that No5 seed Serena Williams was in action against Aussie Daria Gavrilova captured plenty of interest. But Williams, who edged her exhibition match in Adelaide with a win over Naomi Osaka, continued to look in fine form, allowing her 26-year-old opponent just five games.

Williams, of course, has more Major singles titles to her name than any player in this year’s Australian Open, but that does not dampen her ambition to level Margaret Court’s all-time record of 24 Majors.

The iconic American, who will be 40 this year, is certainly no stranger to winning the Melbourne-based title—she won her seventh Australian Open in 2017 while two months pregnant. And she has come close to the Court record several times since having her daughter with four runner-up trophies.

And she admitted that her preparation for this year’s attempt was helped by the three-week delay to the Open courtesy of the strict quarantine arrangements imposed in Australia by the coronavirus pandemic. She said after her opening win:

“[The delay] was great for me because I needed the time, because I couldn’t practice because of my Achilles. I needed every time—I don’t think I would have been here if it was during the regular season. So that was an unwanted blessing, I would say, but it was much needed for me. So I definitely took that time to recover and to just do the best that I can, and yeah, now it’s a lot better…

“Achilles are like the worst thing honestly, oh my goodness, I didn’t realize it would be this long. So I definitely was pushing the limits, but I’m here.”

It so happens that she will next play the woman who enjoyed a walkover in the second round of that last Williams match at Roland Garros, Tsvetana Pironkova. The 33-year-old Bulgarian also returned to competition after having a child in 2018, and despite a severely truncated 2020 due to the Covid shutdown, it proved to be a successful return.

In her first event, the US Open, she reached the quarters, where it took Williams three sets to beat her. Moving on to Paris, she very nearly made the fourth round, but like Williams, she has not played since. However, the Bulgarian beat No9 seed Donna Vekic after losing the first set, 6-1, to set another showdown with the former champion.

Asked if their US Open contest would help her prepare, Williams said:

“It’s important for me just to see what she did and what I did and what we can both do better. I’m always rooting for her, she’s like such a great story. Yeah, she’s just a good person.”

In the same half of this draw, former No1 and No3 seed Karolina Pliskova also dropped only four games to beat the young Italian, Elisabetta Cocciaretto. The Czech was profligate in failing to convert break chances, but with just two matches this year in Abu Dhabi almost a month ago, she clearly has some rust to work off her big-hitting game.

She told the WTA:

“I feel like I need some matches so I’m definitely happy that I’m through to the next round. I felt like I did a good job in the second set especially… and as the match went on, I felt I was playing better and better. I just need to find the rhythm again of playing tournaments and I thought it was a good start.

“Overall, I want to move better, but everything comes with a better feeling when you trust yourself a little more. Without too many matches, you’re thinking maybe a little bit too much, but I think I did a good job today.”

With so little match-play for all the players in this concertinaed month in Australia, rust is surely an issue that worries many. Not that there were too many upsets in either women’s tournament thus far.

In the Gippsland Trophy, top seed Simona Halep played some fine tennis to get the better of teenage Russian Anastasia Potapova, whose big shot-making made this a more competitive match than the 6-4, 6-4 scoreline suggests. But just one seed thus far has slipped out, No10 Qiang Wang, leaving the 97-ranked Jasmine Paolini to face No8 seed Karolina Muchova for a quarter-final place.

Meanwhile, there are some fine match-ups emerging in the bottom half of the draw. No3 seed Elina Svitolina took just 69 minutes to beat Andrea Petkovic and set a meeting with former French Open champion Jelena Ostapenko.

In the bottom quarter, No5 seed Johanna Konta will play Bernarda Pera in her opener, while her compatriot, Katie Boulter, who has been battling a back injury for almost two years, beat Anna Kalinskaya, 6-1, 6-3, to set up a tough contest against No14 seed, the 16-year-old star, Coco Gauff.

In the Yarra Valley Classic, fellow Brit Francesca Jones, who qualified for her first Australian Open this year, lost to Nadia Podoroska. The extraordinary 20-year-old Briton was born with a genetic condition that has left her with three fingers and a thumb on each hand, three toes on her right foot, and four toes on her left.

Heather Watson will play in the shorter Grampians Trophy later this week after she was one of the 72 players put into even stricter lockdown on arrival in Melbourne.