Michael Owen took to social media to claim that Arsenal “thoroughly deserved” their 2-1 win over Tottenham Hotspur in the north London derby – although he reckons they were lucky to be awarded their penalty in the second half.

Arsenal headed into the game looking to return to winning ways in the top flight after they were held to a 1-1 draw by Burnley last weekend.

The Gunners started without Pierre-Emerick Aubameyang, who was relegated to the bench for disciplinary reasons, and they fell behind in the 33rd minute when Erik Lamela fired home an excellent ‘rabona’ goal.

Arsenal then took the lead in the 64th minute when Alexandre Lacazette fired home his penalty after he was bundled to the ground by Davinson Sanchez in the box, despite the Frenchman having already miscued his shot.

Spurs were then reduced to 10 men in the 76th minute when Lamela was shown a second yellow card after he caught Tierney in the face with a trailing arm.

The Gunners were able to hold firm despite late pressure from Spurs to leave them in 10th place in the table.

Former England and Liverpool FC star Owen took to Twitter soon after the final whistle to have his say. 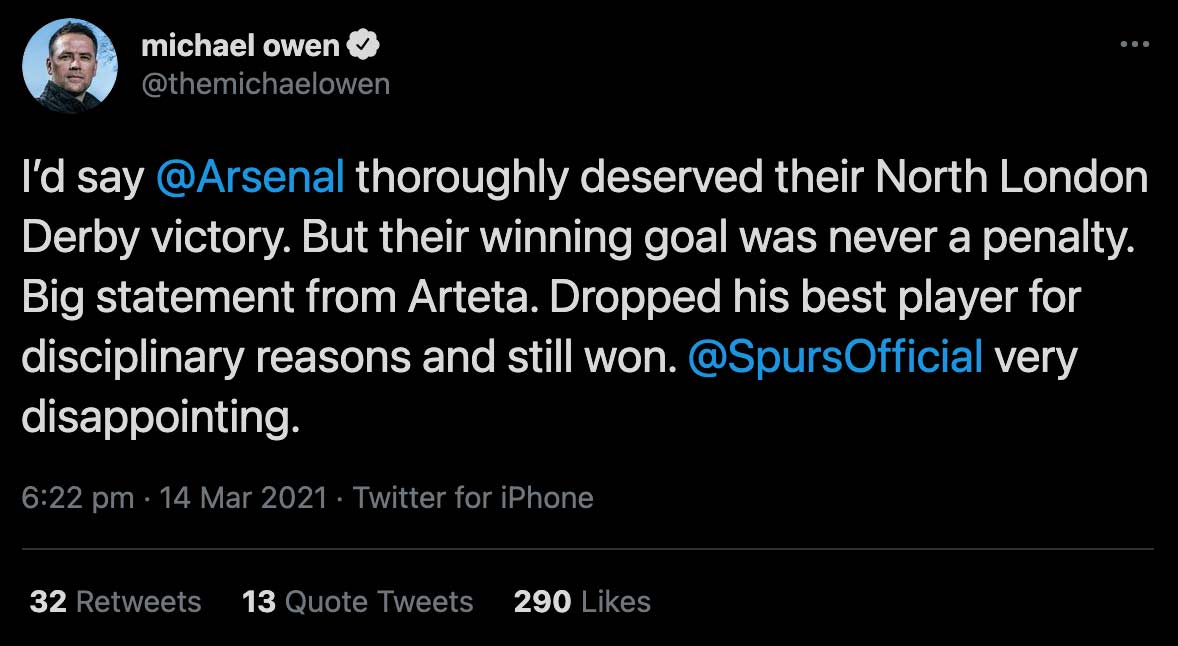 Arsenal will return to Europa League action on Thursday night when they host Olympiakos in the return leg of their last-16 clash.