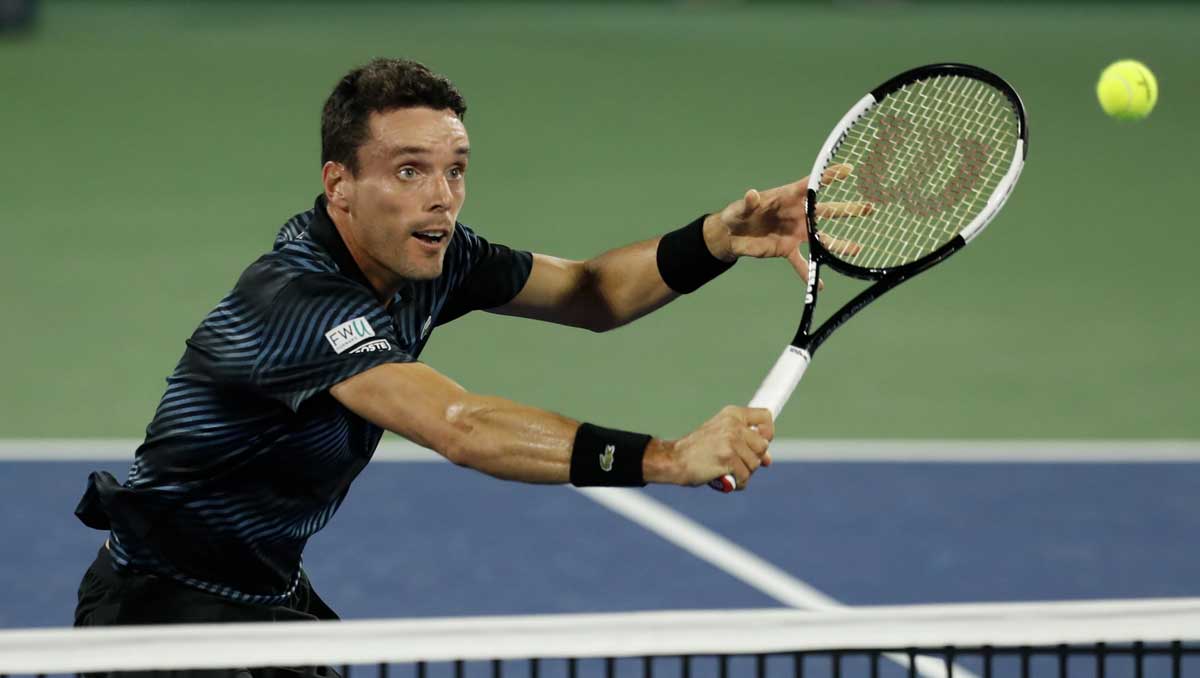 The two men who contested the Doha title on final Saturday were not perhaps the first choices for the title at the start of the week. After all, this ATP250 had attracted some top-quality participants—three men in the current top eight, with seven of the eight seeds in the top 20.

Yet it was not US Open champion and world No4 Dominic Thiem who came through the top half of the draw, nor was it No2 seed, Roger Federer who came through the bottom half—though that was less of a surprise given that he was playing his first matches in 14 months following double knee surgery.

But nor was it No3 seed Andrey Rublev, who had just won his fourth straight 500 tournament in Rotterdam, which added to his share of the ATP Cup in Melbourne and a quarter-final run at the Australian Open. Rublev was undoubtedly one of the form players of the season so far, and even got some valuable rest courtesy of two walkovers before his semi-final.

In the event, it was the No5 seed Roberto-Bautista Agut who put on a display of near-flawless tennis to beat not just Thiem but also Rublev in what was arguably one of the toughest routes through the draw, after putting out two men almost a decade younger than his own 32 years.

Bautista Agut had opened against the 6ft 11in world No39 Reilly Opelka, then faced Alexander Rublik, who had put together two final runs this year already, and claimed two top-10 scalps—Alexander Zverev and Matteo Berrettini.

The wiry, fit, and tactically smart Spaniard got the better of all of them with his combination of formidable defence and clean, attacking pace.

As for the Federer half, the Swiss man’s fellow seeds tumbled, including Montpellier champion David Goffin and No4 seed Denis Shapovalov, put out by Taylor Fritz.

The man who did the damage to Federer, saving one match-point along the way, was 42-ranked Nikoloz Basilashvili, a former No16 who was on a five-match losing streak.

The Georgian’s big-hitting tennis, however, found its groove on the warm hard courts of Doha, beating John Millman before denying Federer in the quarters. Notably, his only win in four previous matches over Bautista Agut was in the similar conditions of Dubai in 2019—the same year that he won the last of his three titles.

The wind was up, too, in a fan-welcoming final, which helped the heavyweight hitting of the Georgian, though both players needed time to adjust to the conditions. However, Basilashvili was the more aggressive player, and as they headed to a tie-break, with not a break point between them, he began to fire off winners and force errors from the Spaniard, taking the advantage, 7-6(5), after an hour of really competitive tennis.

It proved to be a decisive blow, though, and Basilashvili earned the first two break points of the match at 3-2 in the second set. He ripped two cross-court backhand winners to take a 4-2 lead, and then broke again to win the title, 6-2.

“This tournament was one of the toughest ATP250s I have ever seen, probably. We had four top-10 players.

“Very strong gusts today, but I had a good mindset. From the beginning, I was accepting things very good. I was concentrated on just playing the game and just looking at the ball and moving a lot. It was tough physically, as well, because for sure you have to move twice as hard and I managed that.

“[I am] super happy. I was not expecting that but, at the same time, I was working a lot. I was feeling good on the court. I was playing the last half a year with a lot of stress in my body… This week, I somehow found a way to deal with the stressful moments. I am very happy to get through.”

Both men now head straight to Dubai, a short hop down the coast, where they are part of an expanded draw of 46 players instead of the usual 32.

Bautista Agut, as the No4 seed, enjoys a first-round bye, and will then play Matthew Ebden. But Basilashvili will also enjoy a ‘performance bye’ courtesy of his final run in Doha. And of all people he could face in his opener, it is Taylor Fritz, who he beat in the semis yesterday.