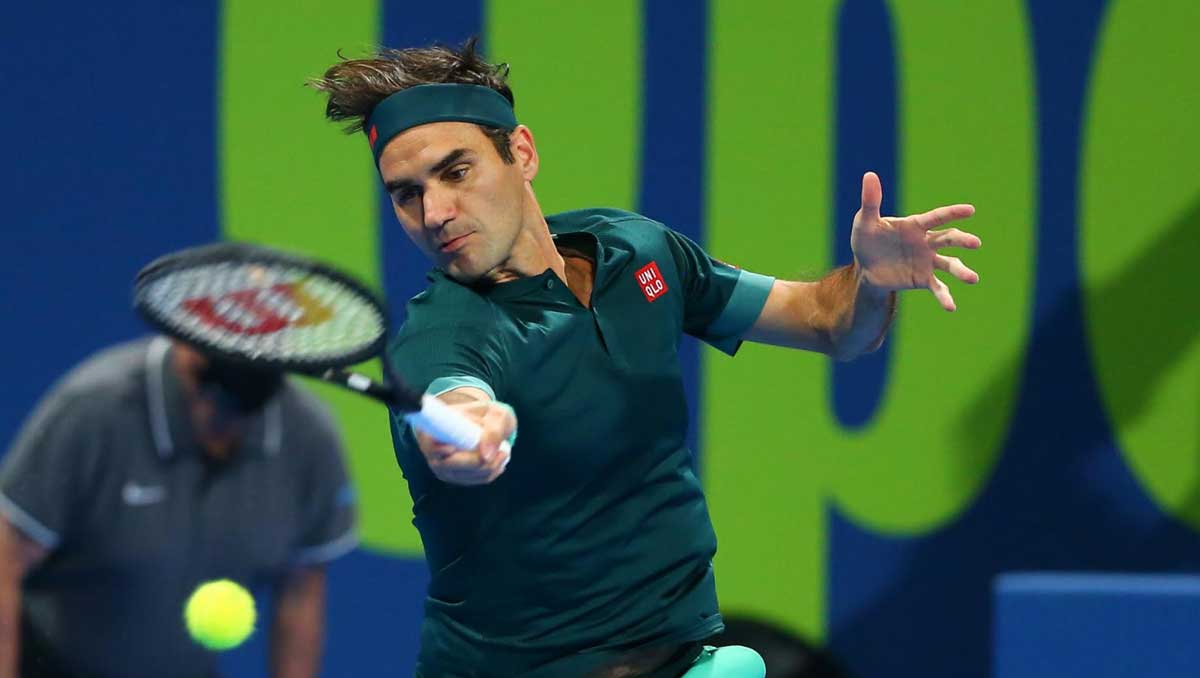 It is perhaps the clearest indication of Roger Federer’s ever-increasing career on a tennis court—the things that have changed through his 22 years on the pro tour.

But then the Hamburg Masters morphed into the Madrid Masters in 2009, which itself had until then been an indoor hard-court Masters. Madrid’s autumn slot was filled by a new Shanghai Masters—by which time the best-of-five finals were all best-of-three.

Since Federer won his first Major 18 years ago, all the main arenas have acquired roofs, and each tournament has its own and unique way of playing out a fifth set.

There has been the arrival of electronic line calling, shot-clocks, prescribed time limits for warm-ups, changes of ends, and serving.

And the last year has forced change on an unprecedented scale, courtesy of a global pandemic that not only closed down tennis for five months, but continues to place heavy restrictions on players and fans where events have been able to resume.

So for Federer, who had not played a match since before the pandemic struck, Doha has brought a double whammy. First, getting the Swiss body and brain back into competitive mode, with all the uncertainty that a long layoff for knee surgery adds to the equation.

But second, absorbing new regulations designed to make the playing—and non-playing—environments at a tournament Covid secure.

No longer do ball-kids scurry around with players’ towels, nor fetch their drinks, nor clear up their debris. In most tournaments, there have not even been line officials: electronic calling—and no challenges—are the norm.

At least Federer did not have that to contend with: Doha does have line personnel. And he also enjoyed another rare feature: fans in the stands, albeit socially distanced to the nth degree.

The oldest man in the tournament, though, could be forgiven for needing a few reminders about the new rules, and some of the older ones, but it made him smile.

“Then I also forgot that the warmup I guess was four minutes… There was a lot of times during the match I had to look at the scoreboard again, just to make sure is it change-of-ends time or not?

“Because there is a lot going through my mind at the moment about what’s my next shot, how am I feeling… I think it’s almost too much for the brain to take. So, yes, it feels like I have been away for even longer than I actually have been.”

Dan Evans had at least kept him on court long enough to acclimatise: Two and a half hours. So by the time he took on Nikoloz Basilashvili, world No42, he could focus purely on his body and his tennis.

The Georgian 29-year-old had won all three of his titles at ATP500 level, and rose to No16 in the ranks in 2019. And that quality showed quite quickly: Federer had to fend off a break point in the first game.

Basilashvili has a big game, heavy ground strokes and powerful serve, and the warm, still conditions suited him. However, as he wound up his baseline game, so did Federer. The Swiss pulled off a couple of big forehand winners, and then converted break point with a backhand pass, 3-1.

The Georgian responded in kind, though, a couple of huge backhands earning break point, and then another, but Federer held for 4-1, and served out the set, 6-3.

Basilashvili came back strong in the second set, breaking Federer in the second game, and facing down three break back points, for 4-1. He then outpaced Federer, smothering his serve for another break, and served it out with a backhand winner, in what was a fast-paced match of just over an hour, 6-1.

The assault from the Georgian continued in the third, clearly with more intensity and energy than Federer, and forcing the Swiss into hurried errors. It brought up three break points, but Federer survived, to the delight of the crowd, though he looked increasingly tired.

And he was soon back serving after a love hold from Basilashvili, but found a welcome love hold of his own, his serve apparently on autopilot. And out of nowhere, two drop-shots earned him break point—match-point—but the Georgian resisted, and then played aggressively against the Federer serve to draw tired errors, and made the decisive break. He served it out, 7-5, and thus drew a line under Federer’s Doha story.

The Georgian is a quietly spoken man, does not give much away on court, but his delight oozed from his brief press conference:

“It feels really good, obviously. He was my idol. And just to play against him, even in match, practice, whatever it is, I’m happy. He’s for me one of the greatest of all time.”

As for Federer, he was straight into press, full of positivity about his tennis, how well his body had stood up, and happy with his two matches. This was, he stressed, “a stepping stone”.

“Look, I come from so far away that I’m happy I was able to play back-to-back three-set matches against top players. That’s an important step forward to me… I’m not 100 percent yet. I can feel it. I can see it.”

Asked how difficult it would be to get over this loss, he was adamant:

“No, no, no. This one is super easy. I’m already over it. I mean, I would have loved to play tomorrow, don’t get me wrong. But at the same time I’m also happy to get a rest. I’m happy how I played today. I’m happy how I did yesterday. I’m happy I was back on the tour… So it’s really, really a positive return for me. I’m really happy.”

However, he was clearly eager to get back to the hotel for a shower and all the physio he will undoubtedly need after jumping in at the deep end with two long, demanding matches. His serving shoulder had, he admitted, become sore, so he was yet to decide about playing in Dubai—though that is where he will be heading to rejoin his family as soon as possible.

But he left his press conference with a hint that, while the grass season was the target to reach his maximum fitness, he was not discounting some clay, too. That will be music to his fans’ ears—and the ears of the tournament directors now courting the Federer team.

Basilashvili will next play the 23-year-old Taylor Fritz, who beat No4 seed Denis Shapovalov in the two-hour-plus contest, 5-7, 6-3, 7-5, the American’s first win at the fourth attempt over his young rival.

Andrey Rublev’s good fortune continued with the withdrawal of Marton Fucsovics from their quarter-final with a back injury.

Rublev also got a walk-over in his first match against Richard Gasquet, so has advanced to the semis with no effort at all. And that was a real bonus for the man who won the Rotterdam title on Sunday with his 13th win of the season. He is now scheduled to play either top-seed Dominic Thiem or No5 seed Roberto Bautista Agut.