For former No1 Muguruza, it was her first title in two years from her third final of 2021 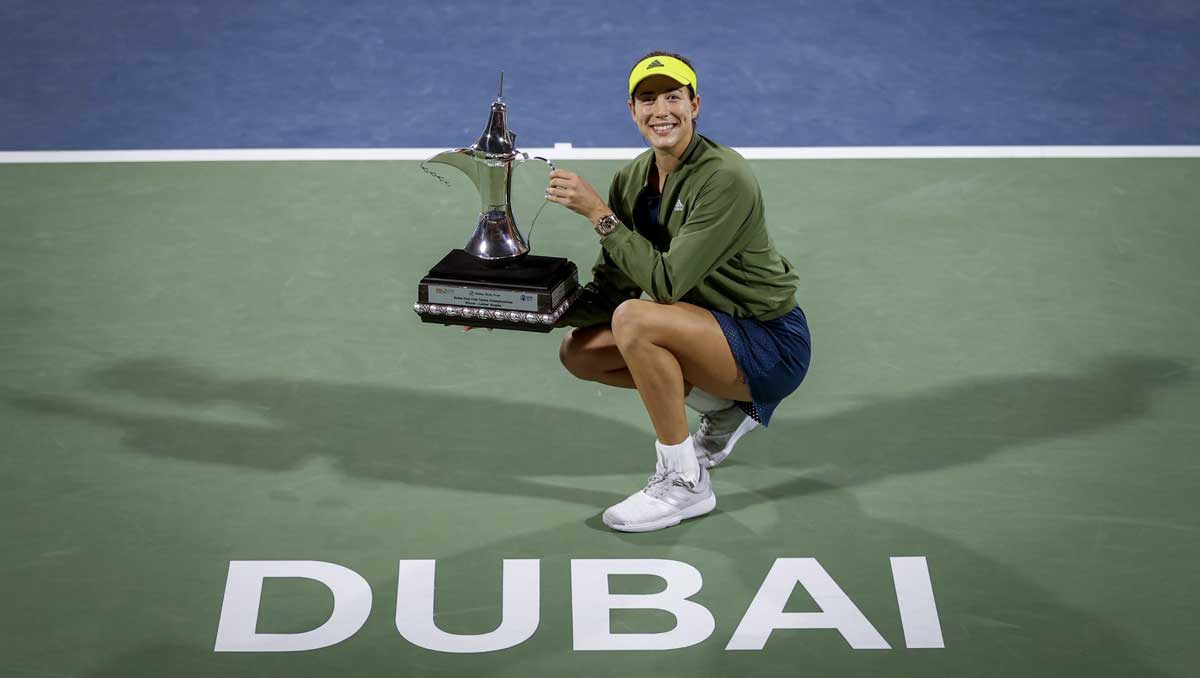 The No9 seed, who was contesting her first Dubai final—and is the first Spanish woman to claim the trophy—now has 18 wins this season, more than any other player on the WTA Tour, after finishing runner-up at the Yarra Valley Classic in February and last week in Doha.

Krejcikova showed straight away that she would not be intimidated by the occasion, breaking serve in the very first game. Muguruza, though, replied in kind, levelling at 1-1 and then breaking to lead 4-2. Krejcikova then broke again to level at 4-4, and the outcome of the set remained too close to call as Muguruza held three set points on her opponent’s serve at 6-5. But although Krejcikova fought off that threat to take the set to a tie-break, Muguruza finally clinched it on her 4th set point, 7-6(6).

The second set was just as tight and unpredictable, as Muguruza broke to lead 1-0 despite Krejcikova leading 40-0. But the Spaniard then had to fight off three break points, and two more to hold for 4-2.

But come the latter stages, and the full power and range of Muguruza, who had got the better of top-flight opposition such as Iga Swiatek and Aryna Sabalenka through a challenging week, proved too much, and she broke serve again at 5-3, closing out the match at the second attempt, 6-3, after more than two hours.

“It was a tricky match. I didn’t have a feel for her. We never practised together, we never played before. I had to work so hard in the first set. The difference was one point and I’m happy it went my way. I think she played great. She’s a very talented player, good hands, good baseline game and I’m happy I was stronger today.”

Krejcikova, who has yet to win a singles title, though has seven WTA doubles titles to her name, said:

The doubles title was claimed by Alexa Guarachi and Darija Jurak, who overwhelmed Yifan Xu and Zhaoxuan Yang 6-0, 6-3 in just 53 minutes.