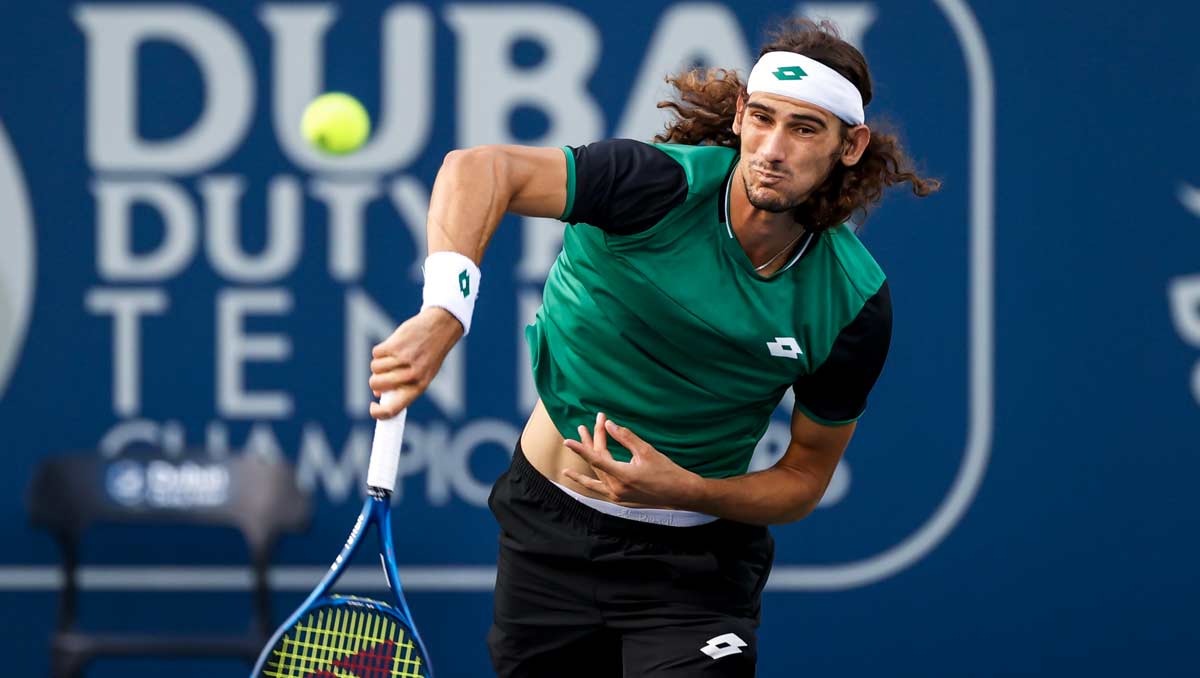 Two ATP500s have paved the way to the first Masters of the year in Miami next week, and the semi-finals in both have brought fresh faces and fresh styles of tennis to court.

And with each draw boasting only one man aged over 25 in the semis—in Dubai, it was 27-year-old Aslan Karatsev, and in Acapulco, 26-year-old Dominik Koepper—perhaps it also heralded some fresh blood among the honour-seekers in the heavyweight Miami draw.

Four of the eight were unseeded, with two having worked through qualifying rounds, and had between them put out a slew of big names.

Now, in Dubai, Karatsev took on one of the biggest success stories of the last six months, world No8 Andrey Rublev. But the older man, ranked 42, had made an explosive run at the start of the 2021 to reach the semis of the Australian Open—via three rounds of qualifying. Along the way he beat No9 seed Diego Schwartzman, then Nos 19 and 21 Felix Auger-Aliassime and Grigor Dimitrov. It propelled the Russian from 114 to his current career high.

This week, granted a wild card, he had ended the hopes of more seeds: Dan Evans, Lorenzo Sonego and Jannik Sinner, all in three setters. But could he really halt the exceptional run of compatriot Rublev? After all, the 23-year-old had not dropped a set all week, and was on a 23-match winning streak at ATP500 level dating back to Dubai last year. Since then, Rublev had lost just five sets en route to ATP500 titles at Hamburg, St Petersburg, Vienna and Rotterdam, followed by his semi-final run this week.

But in the event, it was the older man, who had joined with Rublev on the same side of the court to win the doubles title in Doha last week, who took command of this semi-final meeting in yet another three-set showdown.

Karatsev dominated Rublev in the opening set with excellent serving, and two breaks earned him the first set with relative ease, 6-2.

Rublev found himself in trouble again at 3-3 in the second set, when he had to fight off four break points, but he was able to level the match when, assisted by two double faults from his opponent, he broke for 6-4.

In a tense final set, Rublev doubled faulted on Karatsev’s sixth break point at 1-1, and the unseeded Russian appeared to be home and dry when he broke once more to lead 5-2. But Rublev dug deep against his nervy opponent, broke serve, and then held two more break points before Karatsev finally got over the line on his second match point, 6-4.

It made him the first wild card to advance to the Dubai final since Thomas Muster won the title as a wild card in 1997, and it takes him to a new high in the rankings of 33—considerably more if he goes on to win the title.

He said of his achievement:

“From the beginning it was a pretty good match. I started well, played aggressive, he didn’t feel comfortable on the baseline. In the second set there was many chances to break him. At 5-4 I got tight a bit and he closed the set, and in the third set I was leading with two breaks and I got tight at 5-2… You can get tight and nervous, but I closed the match in the end and I’m very happy.”

Karatsev will meet another first-time ATP500 finalist in the championship match: Lloyd Harris. The South African qualifier, ranked 81 and age 24, won his seventh match in as many days to defeat the outstanding player of the week so far, No3 seed Denis Shapovalov.

Harris, who came through two qualifying matches, had continued to make a name for himself in the main draw, first beating top seed Dominic Thiem, then No14 seed Filip Krajinovic, and finally former world No4 Kei Nishikori. In his semi-final, he produced his third top-20 win of the month after also beating No20 Stan Wawrinka last week in Doha.

His match against the young Canadian was as close as could be, two hours 41 minutes and with the outcome in the balance until the final ball.

Shapovalov began in intimidating fashion with two aces in the opening game, and things looked grim for Harris when he called for medical attention at the end of the seventh game to have his right thigh taped.

But despite the strain of his seven matches in back-to-back days, Harris continued to live with his opponent ball for ball to take the set to a tiebreak, which Shapovalov edged 7-6(50.

When the Canadian held three break points to lead 2-1 and then broke to lead 4-2 in the second set, it appeared as if Harris’s impressive run was about to come to an end. But Shapovalov instead allowed Harris off the hook, double-faulting to let his opponent level at 4-4 and then again on set point to concede it, 6-4.

The final set, like the first. saw neither player earn a break point as it progressed to a tiebreak. There, Harris served well under pressure to keep pace with his opponent, and a wayward backhand error from Shapovalov was enough to seal the match, 7-6(6).

It took the South African to his second career final after qualifying and finishing runner-up to Rublev in Adelaide in 2020. And he was, naturally, delighted with his performance:

“It was a very difficult one of course. It literally came down to one or two points. I felt like I was competing super hard in that third set breaker. I got in some good serves. It was one heck of a battle and I’m just happy to get through that.”

Having played so much tennis this week, Harris still hopes he will have more to give in the final:

“It’s been a lot of matches, I’m not going to lie. But if you’re playing a final you find some energy. I’m going to give it every single piece of energy that I have in the tank. I’m looking forward to that. Hopefully I can come out and play even better tennis tomorrow.”

Even before tomorrow, Harris will make a huge jump in the ranks to around 52. But this first meeting between these two unlikely title contestants is impossible to call.

Acapulco would not for many hours yet resolve whether the top two seeds, 22-year-old Stefanos Tsitsipas or 23-year-old Alexander Zverev, would set a very different final between two familiar rivals, or whether that too would be an upset of the first order.

Could their opponents Koepfer and the teenage Lorenzo Musetti, ranked 71 and 120 respectively, stir up the odds, too? It was a tantalizing prospect.