Barty a step closer to defending No1 rank from Osaka: “It was certainly the best level I’ve played for a long time” 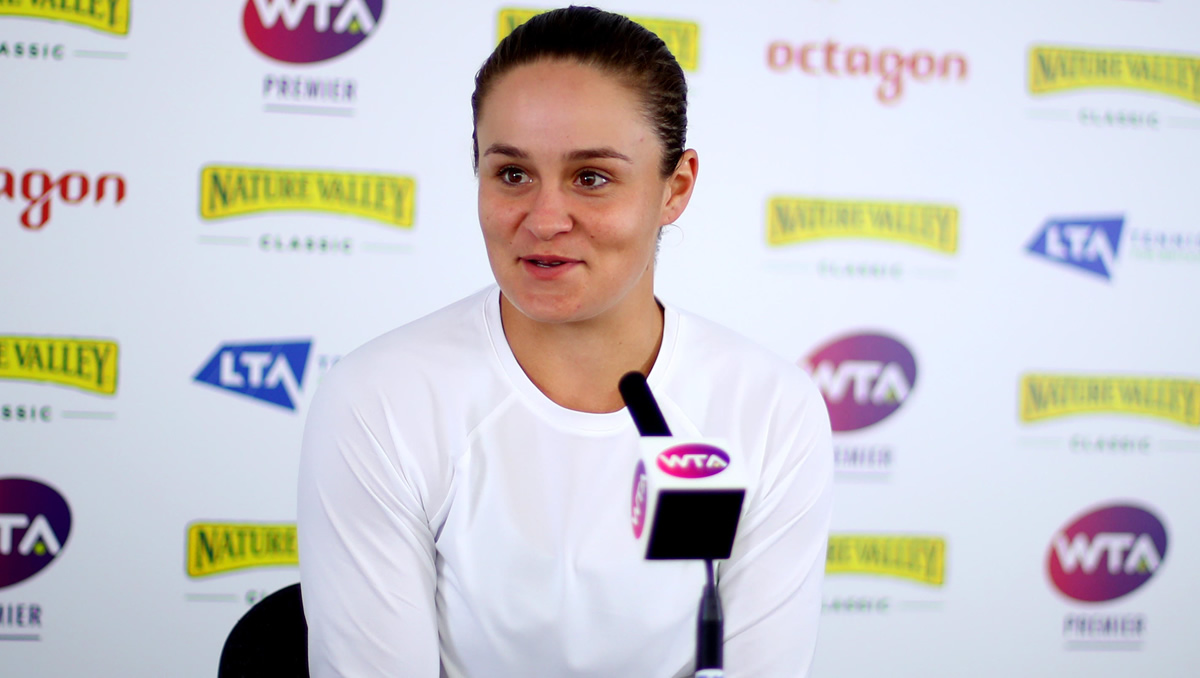 Ash Barty may not have played a match outside her Australian homeland since February 2020—opting to avoid the stringent quarantine rules of home if she left—but that did not stop her retaining the No1 ranking she garnered during a stunning 2019.

Not that Barty has ever been a stranger to managing her sporting career her own way. The uber-talented sportswoman, after reaching the final of three Major doubles tournaments as a teenager, decided to leave the pressure cooker of the tennis tour to pursue team sports, and played pro cricket in Australia from late 2014 until 2016.

On her return, the winning began almost straight away—in singles and doubles—with particular success in the Asian swing. And in 2019, it all came together: Her first Major title, at Roland Garros, the Birmingham title on grass, the WTA Finals—and by now No1. And it all began at one of the biggest WTA events, the Miami Premier Mandatory, where she beat three top-10 players, Kiki Bertens, Petra Kvitova and Karolina Pliskova.

And things continued in the same vein last year, as she won Adelaide, reached the semis of the Australian Open and Doha—before the shutters came down courtesy of the coronavirus pandemic.

Barty’s place at No1 was preserved as the rankings were frozen while the tour ground to a halt, but now things are on the move, players are on the move, and Barty was on the move—out of Australia after picking up nine match-wins via the Yarra Valley Classic title. She was back to where her No1 story took off, to Miami, where she was also fighting to hold onto that top spot.

She has certainly looked every inch a No1 on the slow, hot, humid courts of Miami, too, beating two Major champions on her way to the quarter-finals. Jelena Ostapenko proved a relatively easy nut to crack, but the three-time former Miami champion Victoria Azarenka was predictably tough. Barty edged the win, though, in three-sets, but that preluded yet another tough showdown with one of the strongest players since the lockdown was lifted last August.

Indeed the 22-year-old Aryna Sabalenka was the woman to win that last 2020 tournament Barty played in 2020 in Doha. Come the autumn, and the tall, powerful Belarusian went on a tear to win Ostrava, Linz, and this year Abu Dhabi, a 15-match winning streak that took her to a career-high No7.

Her form had wavered a little through the following weeks, but she was looking more like her ‘old’ self in Miami, especially in coming through the dangerous unseeded Tsvetana Pironkova by saving a match point, 7-6(9). She did not drop a set against either subsequent seed, and came into this match knowing she had beaten Barty three times from five meetings, and all at some the Aussie’s favourite Chinese venues.

The question was, would Barty raise the stakes tactically against the firepower of Sabalenka in these very different conditions—and in the knowledge that the No1 ranking was on the line. If Barty could make the final, world No2 Naomi Osaka needed to win the title.

Of course, another intriguing element of this match was the contrast in styles and personalities: Sabalenka hammering down serves and one-strike winners; Barty slicing and dicing, a near silent challenger hoping to open up the court tactically and with touch and variety.

Sabalenka dominated in the power stakes, and in the volume, but at 4-4, Sabalenka went for too much, double faulted twice, faced three break points, and Barty got the lead, 5-4. Salalenka’s racket paid the price, thumped aside at the change of ends, but Barty went about her business with calm accuracy to take the set, 6-4.

Barty continued to look supremely focused, defusing the power of her opponent, and opening the court with her angles and spin. Sabalenka upped the volume, and she seemed to find a bit more intensity, a little more focus, and it earned her a break chance in the sixth game. But Barty found a couple of deft volley finishes to stave off the assault.

The Aussie had to do so again in the eighth game, and would serve to take it to a tie-break after a searing roar from Sabalenka following a huge hold. The Belarusian was all over any second serves from the Aussie, but Barty aced to hold off a threat, 6-6.

They then switched ends with Barty holding the one mini-break, 4-2, but Sabalenka painted the lines with a couple of blistering winners to wrench the lead 6-5, and screamed in delight as Barty sliced a ball wide, 7-6(5).

They raced through the early games of the decider, Sabalenka veering from reckless strikes to searing winners—she saved two break points with outright winners—but she seemed to pull something in her abdomen.

Sure enough, the Belarusian was forced to go for broke even more than before, and a slew of errors offered up a break to love, and Barty served out the match to love, 6-3.

It had taken two and a half hours, after taking almost two hours to beat fellow Belarusian Azarenka. Yet Barty remained cool and calm, not losing her focus, and clearly at a fitness level to handle the worst that Miami can throw at her.

“It was certainly the best level I’ve played for a long time.”

And she has thrown down the gauntlet to Osaka: Barty is here to defend both the Miami title and that top spot.

Her next hurdle play will be either No5 Elina Svitolina or the 57-ranked Anastasija Sevastova.