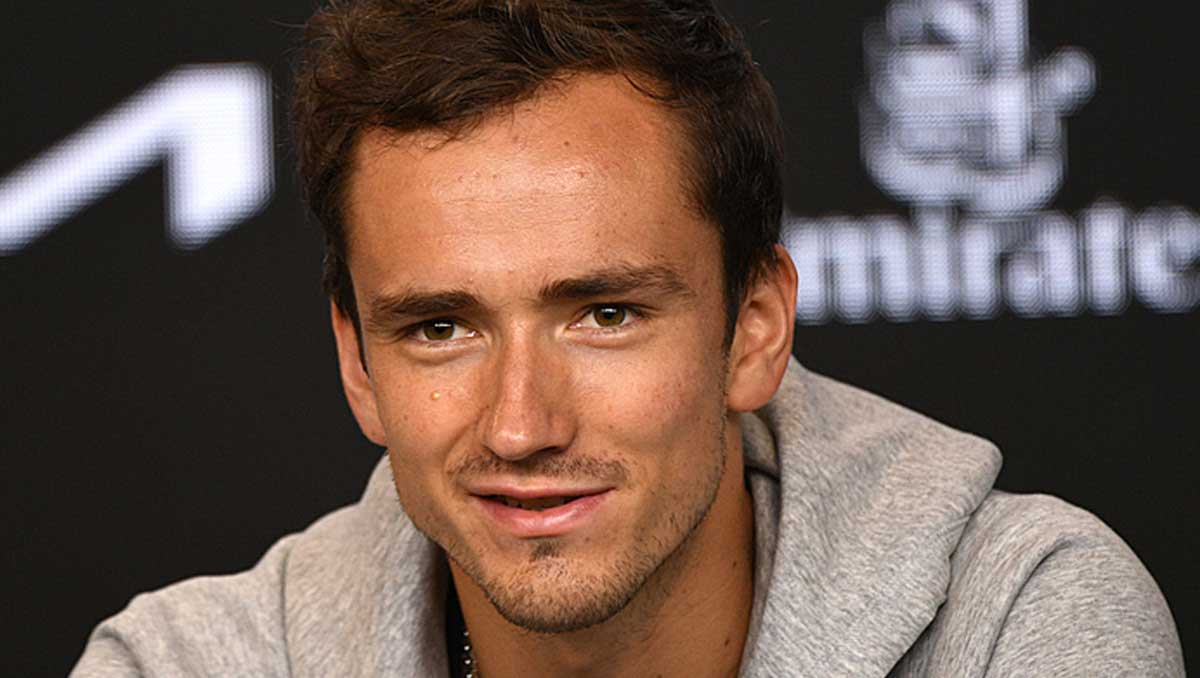 There may be a plethora of top-ranked men missing from this year’s Miami Masters, and just one former champion in the draw—John Isner—but there are other Masters champions aplenty, the likes of Grigor Dimitrov, Fabio Fognini and Karen Khachanov.

More pertinently, there are two men with three Masters apiece, and seeded among the top three, and both of them Major finalists: top seed Daniil Medvedev, hot-foot from his Marseille win, and No3 seed Alexander Zverev, who has arrived from a victory run in Acapulco last week.

Third favourite, and the No2 seed, is Stefanos Tsitsipas, twice a Masters runner-up, and already this year a semi-finalist at the Australian Open and runner-up in Acapulco. All have a shot at the Miami title, as does No4 seed Andrey Rublev, 16-3 this season and with six titles in the last 14 months.

In the women’s draw, it is a different picture, with 19 of the top 20 players in Miami, not least reigning champion and world No1 Ashleigh Barty and Australian Open champion and World No2 Naomi Osaka.

And they are not the only Major champions in the mix. The No3 seed is Simona Halep, No4 seed is Sofia Kenin, and No8 seed is Bianca Andreescu, but there are many more seeds with Majors to their name. What is more, Garbine Muguruza (who currently has the most match-wins in 2021), Iga Swiatek, and Petra Kvitova each has a tour title already this year.

Here is a taste of what some of these big names said before their campaigns got under way.

Medvedev, on enjoying the top seed in Miami

“I enjoy the moment. For sure it’s my highest ranking in my career. It’s been already one week [at No2] precisely [smiling]. I’m enjoying the moment.

“I could feel maybe pressure [but] no, I feel like it just gives me some energy boost. I just want to try to play better and better, to prove even just for myself that I deserve this…

“Definitely being the top seed first time in a Masters event, especially one like this in Miami, I’m enjoying the moment. I don’t feel the pressure except for the pressure that I like to win matches and I want to win every tournament I play. This I had since I was young. This pressure always stays with me. But I feel like it’s a good, competitive pressure… I know if I play good, I have my chances to win the tournament. That’s the most important.”

Barty, defending Miami champion, on depth in the women’s game [NB there has been only one repeat champion among the 12 titlists this season so far]

“I feel like we’ve had this conversation over a number of years now, where it was almost a surprise to a lot of people that the depth was so good in the WTA. But to all of the players and certainly everyone that I speak to, it’s a testament to everyone who’s out here working their backside off, trying to be the best that they can be.

“It’s amazing to think there is so much depth. It makes for a really healthy competition knowing every single match you have to be near your best level to compete. That brings out the best in everyone… To me it’s quite surprising that everyone is still surprised.”

Tsitsipas on not having the ‘big three’ in the tournament

“I don’t see myself as the favourite of the tournament. I like to enter a tournament with low expectations and build my way through. I have a pretty difficult road despite all of this. I have matches that I will really have to fight hard and give out my best. With a lack of spectators, it’s going to feel a little bit different. But generally speaking, yeah, it’s an opportunity…

“I would be thrilled to walk away with a Masters 1000 title. The opportunity hasn’t presented itself, but I feel like I’m getting really close. I really want it a lot. The desire is there. It has always been.”

Halep on her consistency at the top of the rankings [she is currently No3] and her future target.

“It’s been amazing that I could stay so long in the top 10 without dropping, and also to finish so many years in a row no lower than four. It means a lot to me.

“I think I’ve done a good job because I stayed very focused on what I have to do. I’ve been very professional with my body, as well… That’s why I feel like I had the consistency. Also my game is based on that. It’s based on feeling the ball all the time, not missing that much. So probably for me it’s easier to have every week a good level of tennis. I cannot say that some tournaments I played very bad. All the time I played good tennis, and that’s why I had the confidence.

“I think the professional thing, it’s the most important thing these days because all the players are very well prepared and very good, very solid. You have to perform 100 percent every week you play. I did that.

“For me the goal is a Grand Slam, if it’s possible again to win one. Also the Olympics this year, because I really want for my career to have a medal. So now I’m looking for the tournaments more than the ranking.”

“That loss at the US Open [in the final] made me even hungrier. I was two points away from winning my first Grand Slam title… In a way this year I feel like I’m more motivated than ever to do well. I’m trying to improve every single aspect of the game to give myself the best chance that I can have. I feel like I’m building towards that. I feel like I’m taking the right steps towards that.

Andreescu, on success coming so early [she won Indian Wells, Toronto, and the US Open in 2019, age 19]

“Yeah, it’s very weird. My success came very quickly. Very, very quickly. It was for sure overwhelming at first. But I think I dealt with it very, very well. I actually enjoyed it.

“Then having a year off was very surprising and very abrupt after having a very successful year. That was weird. But I tried to deal with it in the best way that I could. Then coming into Australia, I had a very good pre-season. I was feeling pretty good out there. It’s different than playing matches, obviously. I was a bit rusty. I don’t feel like I was where I wanted to be at the time.

“It’s a process… I’m trying to be as patient as I can to get back up there to feel very good on court. That’s just going to take more matches to play. This is going to be my third tournament of the year after such a long period off. Still having that ranking gives me confidence, for sure. Hopefully I can just continue to do well and bring back that momentum from 2019.”

Rublev, on the top seeds opting not to play in Miami, and ranking pressure

“In my case, I’m just starting to play… To get extra points and to go higher in [ranking], I need to play big events. Now here without top players, of course I have better chances to win maybe one extra match… I want to be a better player, I want to improve my ranking.