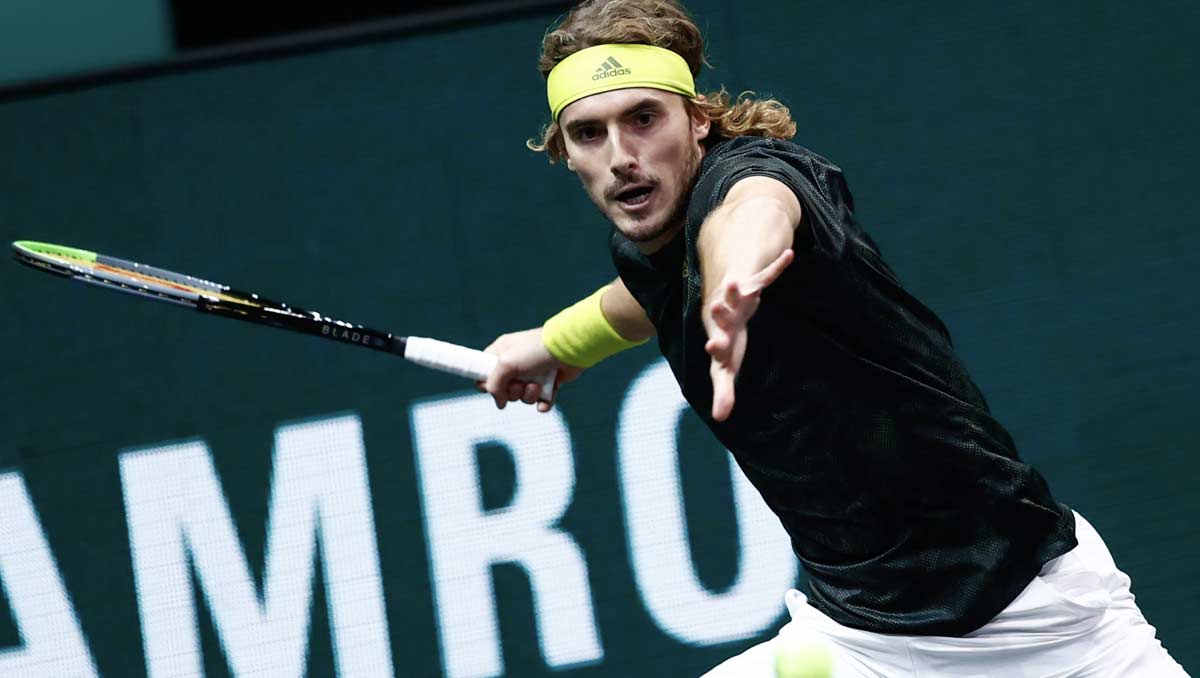 What began as an outstanding line-up of top-flight players at the first ATP500 of the year—four top-eight men, and all the seeds ranked in the top 20—has seen a purging of most of the top names.

There was a severe culling in the first round alone. One of the most successful players of the last six months, the top seed Daniil Medvedev, was thoroughly outplayed by the 27-ranked Dusan Lajovic.

No5 seed Roberto Bautista Agut, fresh from his runner-up finish in Montpellier, went down to the 51-ranked Alejandro Davidovich Fokina.

The first-round losses also included No8 seed and former Rotterdam champion, Stan Wawrinka, to Karen Khachanov, and No7 seed Felix Auger-Aliassime to Kei Nishikori. In fairness to both seeds in this case, they were victims of that quality draw: Khachanov and Nishikori have been top-eight players, the former a Masters champion, the latter a Major finalist.

Come the second round, come another beaten seed, though perhaps in David Goffin’s case, it was understandable. He came straight from his victory run in Montpellier on Sunday to win his opener on Wednesday, and then faced a formidable Jeremy Chardy to lose in two close tie-breaks.

Formidable, because the 64-ranked 34-year-old Chardy had come through qualifying via two three-setters, then saved two match-points in the first round against Ugo Humbert before winning in a third-set tie-break, and he downed Goffin in two more tie-breaks.

The Frenchman, who has now won nine of the 10 tie-breaks he has contested this year, will next play his quarter-final against Andrey Rublev—one of only two seeds left in the draw.

On Wednesday night, Rublev took on one of the tournament’s former champions, the wild card Andy Murray, who had battled so hard for his first main-tour win of 2021 in the first round. And the younger man, now ranked No8 in the world, edged a high-quality first set before racing to a win, 7-5, 6-2.

And with Murray’s exit, the tournament was assured of a new champion, its 38th different name since the first playing in Rotterdam in 1974. So could the last remaining seed, No2 Stefanos Tsitsipas, join Rublev in the quarters?

He took on Hubert Hurkacz, ranked 30 and already one of this year’s champions—in Delray Beach. And there was little doubt that this would be a close contest between the 22-year-old Tsitsipas and the 24-year-old Hurkacz.

The Pole had only won one of their six matches dating back to their first at the NextGen ATP Finals in 2018. But five of their meetings had gone to the full three sets, including their first-round match in this tournament last year. On that occasion, the Greek came back from losing the first set in a tie-break to win after more than two hours.

No surprise, then, that this turned into a fine and very close contest. There was nothing between them for much of the 40-minute first set, but the all-court skill of the Greek was increasingly punching holes in the big Hurkacz game. So one error from the Pole, and Tsitsipas worked three break points for the set, and finished with an overhead to convert his first chance of the set: 6-4.

Come the second set, and Hurkacz began to show off his own variety and flair, played aggressively from inside the baseline, and following the Greek example of chasing to the net. The Pole threw in some testing angled drop-shots and then a winning lob to pressure Tsitsipas, who slipped a couple of times in pursuit of another clean forehand from the Pole.

Tsitsipas at last faced his first break point of the match, and Hurkacz took his chance with aplomb, before holding to love for 5-3. He went on to serve it out, 6-4, with a volley finish—his seventh net winner and his 16th winner overall in the set.

There was no drop in level in the third, either, especially from Hurkacz. Indeed the sixth game was a showcase of winners, on forehand, backhand and drop-shot: 3-3.

But after serving so strongly for most of the match, Hurkacz doubled faulted at 4-5 down to face match point. He played the bravest volley of the match to hold it off, and then resisted the Tsitsipas attack with some great defensive slice to level, 5-5.

However, the Pole was quickly holding the balls again after a love Tsitsipas hold. And just as before, Hurkacz double faulted to bring up match point. He saved it, but the Greek played a superb defensive rally before pulling off a backhand pass onto the line for another bite of the cherry.

A huge Greek roar signalled that a last Hurkacz forehand was out, and the No2 seed was into the quarters, 7-5, after more than two hours­, and with 25 points won at the net.

Once again, then, these two young players put on a contest of high quality, and Tsitsipas afterwards tried to explain what had got him through:

“Effortless matches are great for energy consumption, but there’s a different feeling when you fight to hard and give your soul out on the court…

Tsitsipas now faces another 24-year-old with a huge game, Khachanov, who put out Briton Cameron Norrie after already putting paid to Wawrinka. Tsitsipas also has a winning record against the Russian, 2-0, but they have not met in two and a half years.

Elsewhere, the 56-ranked Tommy Paul put out Bublik, 6-7(5), 6-3, 6-1, and will play the winner between Marton Fucsovics and Davidovich Fokina.