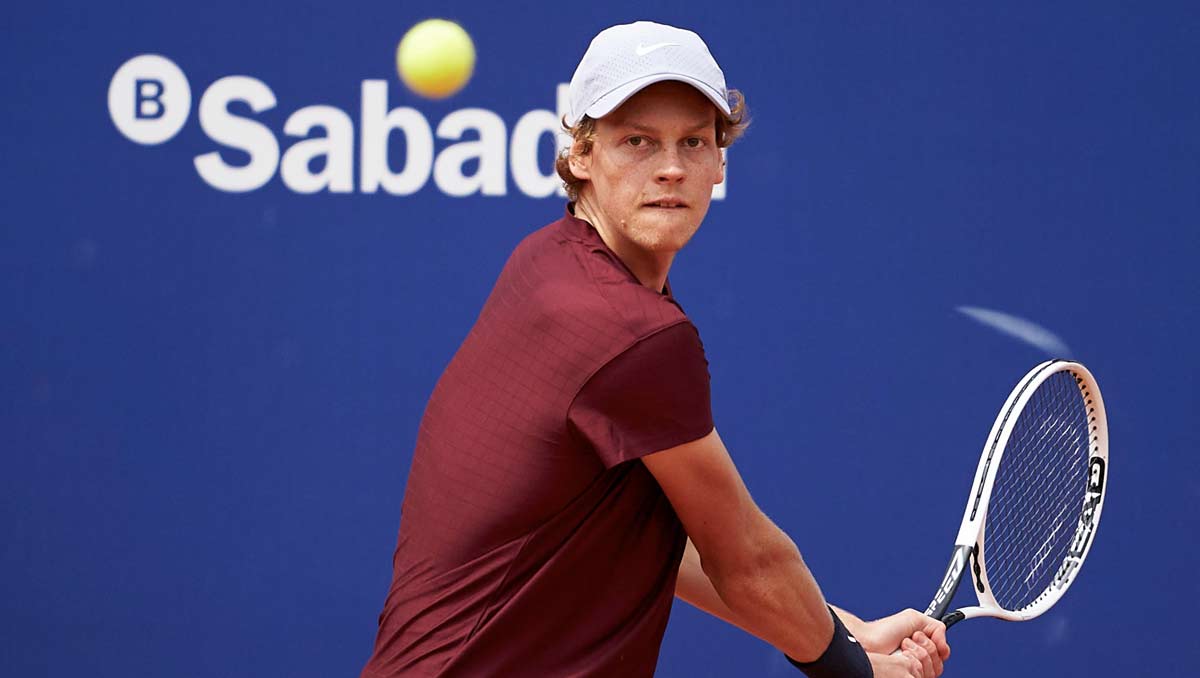 The bottom half of the draw of the Barcelona Open Banc Sabadell was shaping up to present fans with a view of what is just around the corner at the very top of tennis.

Of the eight players attempting to make the quarter-finals of this high-quality, prestigious tournament, six of them were age 23 and under—indeed five of them were 22 and under—in a showcase of the brightest talent on the tour.

Not that these young players had hidden their light under a bushel: All six were among the 16 seeds, and all but the 25-ranked Alex de Minaur were in the current top 20—and the Aussie had been there not long ago.

The top name, 22-year-old Stefanos Tsitsipas, was fresh from his first Masters title last week in Monte-Carlo. He was also a three-time Major semi-finalist. He took on fellow 22-year-old de Minaur, a young man with four titles from eight finals.

Andrey Rublev won 23 matches and four titles in a row at ATP500 events up to Rotterdam this February, and had reached the last three Major quarter-finals. He then made the semis of the Miami Masters and the final in Monte-Carlo.

No7 seed, and another 22-year-old, Denis Shapovalov also had a Masters final to his name and four more Masters semis, and he would play fellow Canadian and good friend, 20-year-old Felix Auger-Aliassime, a Masters semi-finalist and runner-up at no fewer than seven tournaments.

As for the sixth, he was still a teenager, but Jannik Sinner had been making waves for a good while. Over the last six months, he had knocked off two titles, made his first Masters final in Miami, and rose from 81 to a current 19.

First up were the two Canadian friends, and Shapovalov got off to a slow start, dropping serve immediately to go 3-0. He was still making little impression on the deep and swinging Auger-Aliassime serve at 4-1, while his own first serve was far from its best, barely scraping 40 percent in court.

The younger man pummeled the Shapovalov backhand to draw an error and break point in the sixth game, and a double fault delivered the break, 5-1. Serving for the set, Auger-Aliassime let two set points turn into break point, and a shanked return handed one break back to Shapovalov. But still the latter could not get a run going, and Auger-Aliassime broke straight back for the set, 6-2.

Shapovalov talked to himself, shook his head, looked ill at ease: He had managed to get only 39 percent of first serves into play, notched up four double faults, and the reason soon became clear: the trainer was called to look at his left shoulder, the one that this single-hander uses for his entire game.

Indeed in the second set, it looked as though there was little point in continuing. A dismal netted smash brought up 0-40, and a run of eight points from nine handed Auger-Aliassime a 2-0 lead.

They did continue, but the frustration of Shapovalov was clear. His opponent’s serving remained solid, and he found himself facing two match points in little more than 70 minutes. He saved them, but it was a lost cause, and Auger-Aliassime served it out to love, 6-2.

Shapovalov afterwards admitted that his shoulder was an ongoing problem, particularly on serve, but that it was issue that was steadily improving with treatment. He said simply: “I didn’t show up today, didn’t play well.”

Auger-Aliassime will next face Tstisipas, who got the better of de Minaur, 7-5, 6-3, his fifth win at senior level over the Aussie—though the two men had played many times before switching to the main tour.

There was nothing between these familiar opponents until the match approached an opening tie-break, when all at once, de Minaur faced a break point and Tsitsipas converted to grab the lead.

De Minaur replied instantly with a break of his own in the first game of the second set, but he could not keep up the pressure against the precise, deep and varied strikes of the Greek. Tsitsipas broke to level, and then broke again at 4-3. After a lively hour and a half, he sealed his 24th match-win of 2021.

It was a hard day at the office for Rublev, who was taking on one of the two 30-something Spaniards who made up the eight players in this half of the draw.

Having won the first set, 6-4, Rublev entered what would become an hour-long tussle that headed into a tie-break against Albert Ramos-Vinolas. The Rublev errors flowed as the Spaniard took a decisive lead and served out the set, 7-6(4), and the Russian racket was smashed to the dirt in disgust.

A quick look at their previous three contests showed that this was not an unfamiliar scenario between the two. All three matches had gone the distance, each featuring at least one tie-break set. This fourth meeting would go on to last almost two and a half hours.

The Russian, too, had played a lot of tennis this season, with a tour-leading 25 match-wins, and although Rublev was lately runner-up at the Monte-Carlo Masters, clay was the Spaniard’s most successful surface—he too was a former Monte-Carlo finalist, and all but one of his nine titles and finals had come on the red stuff.

Rublev took a 4-2 lead in the decider, but conceded the break back. However, he dug in to break again, and fended off more break points to seal the match with his 35th winner, 6-4.

As this contest finished, the Russian’s quarter-final opponent was being decided between Sinner and the other 33-year-old Spaniard, Roberto Bautista Agut, who were playing each other for the third time this year. The young Italian had won those previous meetings, though both went the distance, and having served for the opening set, he found himself in a tie-break instead.

Bautista Agut gave up a mini-break with a double fault, but a long, painful rally drew a Sinner error for set point. They nevertheless changed ends at 6-6, and again at 9-9, before Sinner got a lucky break with a dreadful bounce that threw the Spaniard off balance: The Italian served it out, 7-6(9) after an hour and a quarter.

This was now a weary looking Bautista Agut, and Sinner gave no quarter in the second set, faced down four break chances, and instead broke the Spaniard twice to reach the quarters, 6-2.

So four of the six young players advanced to the quarters, and guaranteed that two will reach the semis.

In the top half, 11-time champion Rafael Nadal took three sets for the second straight day to beat Kei Nishikori, and will next play Briton Cameron Norrie, after David Goffin retired in the second set.