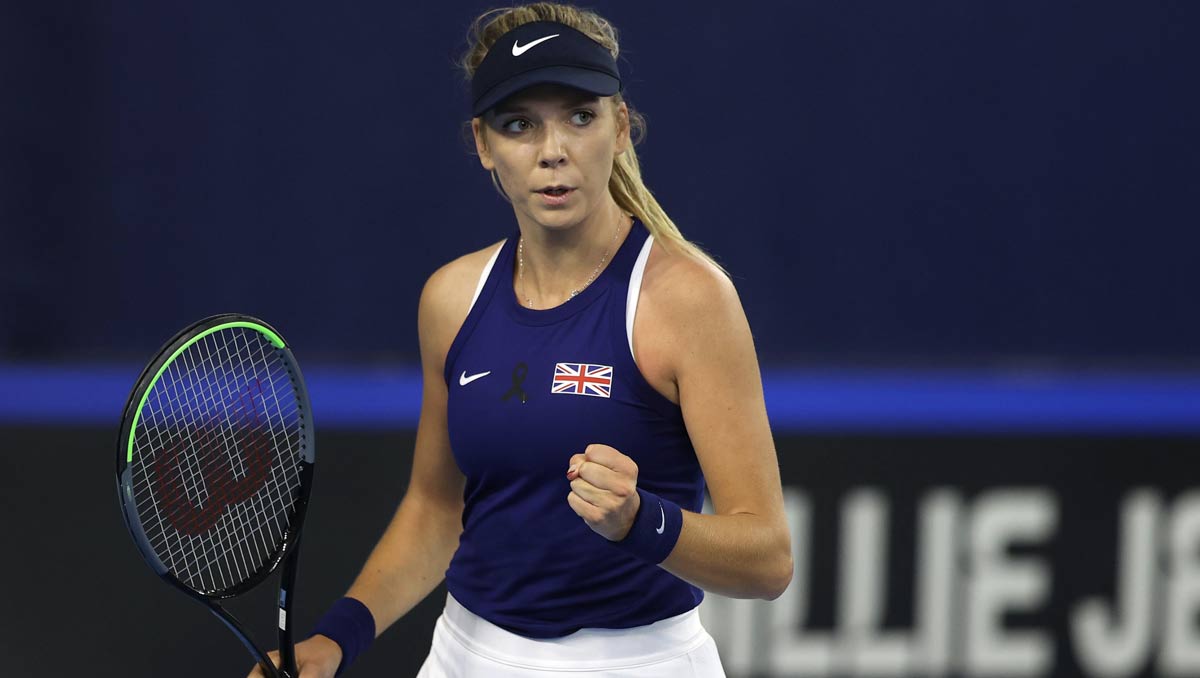 There was good news at the London Tennis Centre this weekend as the Great Britain team confirmed a place in the Qualifier phase of the Billie Jean Cup—the former Fed Cup.

After all levels of competition were abandoned last year due to the coronavirus pandemic—in what would have been its first playing since the tournament was rebranded as the Billie Jean King Cup in 2020—eight Play-off ties took place in eight cities in Europe and Argentina this weekend to determine which nations would progress to the Qualifiers in 2022.

The ties featured the eight losing nations from the previous Qualifiers and the eight promoted teams from the regional Group I events. And with the results in, GB will join Canada, Italy, Kazakhstan, Latvia, the Netherlands, Poland and Ukraine next year, while Argentina, Brazil, China, India, Japan, Mexico, Romania and Serbia will compete in one of the three regional Group I events.

The ties were all played on a home-and-away basis, each of them decided in best-of-five matches, four singles followed by doubles.

Great Britain’s top-ranked player, Johanna Konta, did not play this time as she rested a knee injury, but No68-ranked Heather Watson was joined on the singles stage by Katie Boulter who, despite her lowly ranking of 292, had been as high as 82, until a stress fracture in her back forced her off the tour for much of 2019—and of course subsequently the truncated 2020.

But she has done sterling service for her country before, and notably played a vital part in getting GB to the World Group 2 Playoffs against Kazakhstan two years ago.

Boulter again came up trumps to win both her singles rubbers in GB’s tie against Mexico, securing the victory in straight-sets over both Marcela Zacarias and Giuliana Olmos.

That took Boulter’s BJK Cup wins to nine from 10, as she showed that her current ranking does not represent her true playing ability. In the Gippsland Trophy in Melbourne at the start of the year, for example, Boulter beat Cori Gauff before losing out to Naomi Osaka in a competitive three sets.

Watson won her first rubber, but looked far from her best in losing to the 285-ranked Zacarias, 6-3, 7-6(1). The British No2 has struggled with her form since winning in Acapulco just before lock-down in late February 2020. She went on to suffer nine first-round losses, and was also one of a group of players confined to their rooms for a full two weeks quarantine when she arrived in Australia this January due to an infected individual on her flight.

The first playing of the Finals it new format was scheduled for this time last year, but will now be played in Budapest at a date yet to be announced this year.

The 12 teams in the round-robin format comprise eight qualifiers, the previous year’s champions and runners-up, a wild card nation, and the host nation. They will be divided into four groups of three, with each tie played in a best-of-three rubbers format, two singles followed by a doubles. The four group winners qualify for the semi-final knock-out stage