The win takes Tsitsipas into third Masters final, in pursuit of his first 1000 title 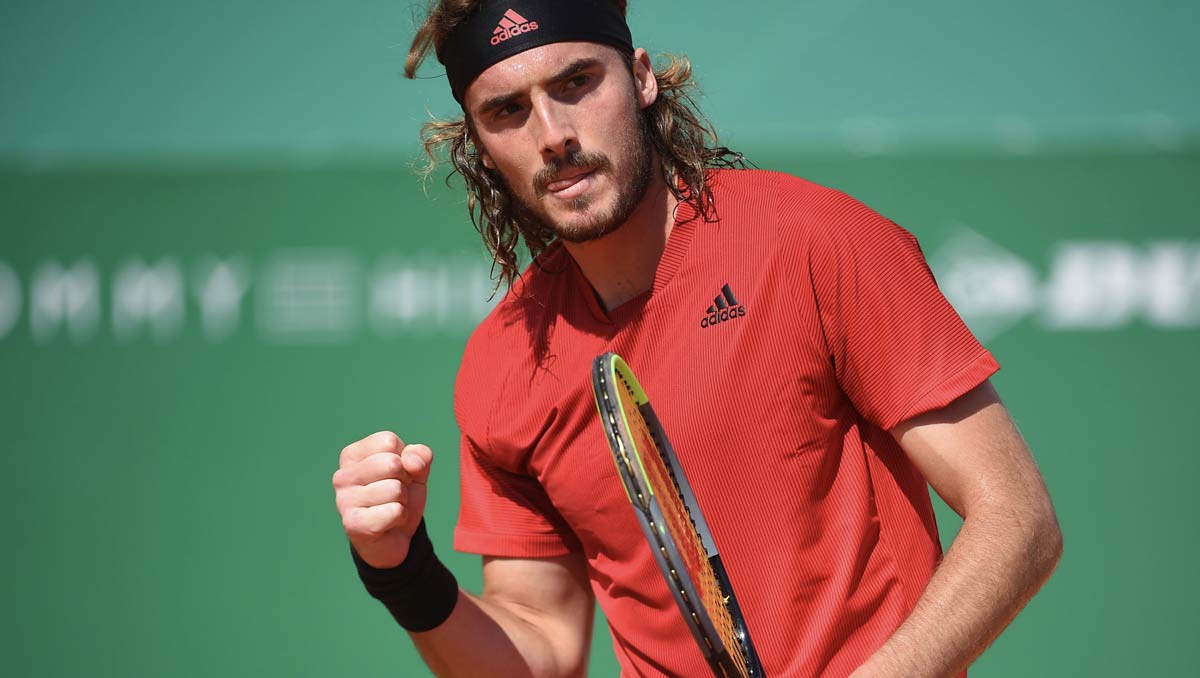 Things were already going very much in the right direction in 2020 for Daniel Evans.

Then everything ground to halt as the global coronavirus pandemic hit tennis along with every other part of life.

However, after a five-plus months’ hiatus, Evans was soon regaining his form, reaching the semi-finals in both Antwerp and Vienna, before back in Melbourne this year, the 30-year-old Evans won a career-first title, the Murray River Open, without dropping a set, and rose inside the top 30.

A training block with Roger Federer in Dubai, after a similar one two years before, did not help the Briton when it came to the heat of competition with the Swiss in Doha this February, though in fairness it was a close run thing, two and a half hours and a 7-5 deciding set edging Federer’s way.

Indeed it took until the more unlikely phase of the calendar for Evans to again hit the tennis headlines: the clay of Monte-Carlo.

Unlikely, because until this week, he had never won a match in any of the big clay tournaments: Not the French Open, the Madrid Masters, the Rome Masters, nor in Monte-Carlo. He arrived at the Monte-Carlo tournament on a 10-match losing streak on clay courts dating back to 2017. What is more, he had never got beyond the second round at any Masters tournament before, and now he put out seed after seed to reach the semi-finals.

He certainly did it the hard way, to become one of two unseeded men among the last four. He beat the 2019 runner-up in his opener, Dusan Lajovic, beat the Miami champion Hubert Hurkacz next, then the best in the world, Novak Djokovic—in straight sets.

Djokovic afterwards expressed his unhappiness at his own level, but that was to downplay the tactical astuteness of the Briton, who brought to the table a vast array of shots, including one of the best backhand slices in the game—a strong weapon on the heavy, low-bouncing clay in a damp Monte-Carlo. Throw in deft drop shots, the occasional serve and volley, and perhaps his best fitness levels since he had turned pro, and Evans had Djokovic and his other opponents on the back foot.

However, despite being one among four men yet to win a Masters title, his likely path onwards remained just as formidable. In the bottom half, his fellow non-seed Casper Ruud took on Andrey Rublev, who put out the 11-time champion Rafael Nadal to accumulate a tour-leading 23-4 in 2021.

And even if 22-year-old Ruud should advance to the final, he would bring considerably more clay props than Evans. The Norwegian has earned all 10 of his Masters wins on clay, highlighted by semi-final runs this week and in Rome last autumn. Ruud’s sole title and two other finals also came on clay.

However, first things first: Evans had to take on the highest remaining seed, No4 Stefanos Tsitsipas, and the only man yet to drop a set this week. The Greek, who was now competing to reach his third Masters final, also brought a 2-0 record against Evans.

And Tsitsipas would undoubtedly be the fresher man after playing only one set in the quarters before Alejandro Davidovich Fokina retired. Evans had also doubled up to reach the semis with Neal Skupski, going three sets in all three matches so far.

But perhaps the biggest problem for Evans was that Tsitsipas also boasts the kind of all-round skill to break up the rhythm of opponents, also has a single-handed backhand able to slice acutely and pick off balls at the net if necessary but, crucially, the power and height—6ft4ins to Evans’ 5ft9ins—to find greater pace and penetration on serve and through his baseline game.

That power on the backhand was immediately on show in the opening Tsitsipas game, and he then worked break points in the second game. However, Evans found a good drop-shot play, and a perfect lob to hold.

Come the fourth game, and Tsitsipas went after the return of serve, worked break point, and finished at the net for the break, 3-1. However the Greek missed a few first serves, and Evans was able to take advantage to break back.

But the Briton’s first serve also let him down, and he had to fight through break chances again, with Tsitsipas forcing him deep behind the baseline and to the full width of the court. The Greek’s defence forced an error from Evans for the break, 4-2, and Tsitsipas went on a run to hold and break again in short order, 6-2, and beginning the second set with 17 from the last 20 points.

Evans saved break point in the second game, but Tsitsipas was striding around the court, drilling balls from all quarters, but with the dynamism to come forward, too. He played a deft angled volley to break in the fourth game, 3-1, and broke again for 5-1. The Greek passed Evans after pulling him to the net, and passed him with down-the-line power if he stayed back. And one final big serve sealed the match, 6-1, after 69 minutes.

“It was great out there. I found ways to play at my best. I think it was really difficult for me to maintain that level and consistency. He has a unique way of playing especially on clay.”

Evans said: “Today was difficult. Obviously doesn’t help the way he plays. He’s very aggressive. So, yeah, there’s still work to be done. I can’t be negative about today, just have to park that and go again.

“It’s been a great week. I won’t ever forget beating Novak, world No1. Yesterday, to back it up in a great match was good, as well.”

Evans would have a couple of hours to recover before returning to play his doubles semi-final against top seeds Juan Sebastian Cabal and Robert Farah. At stake was the chance for the Britons to reach their second straight Masters final after doing so in Miami a fortnight ago.

But for now, a memorable run, and on clay, to a first Masters semi-final will lift Evans to a career-high 26.