Clay calls - but who will answer? Djokovic, Barty lead rankings but will they dominate red swing? 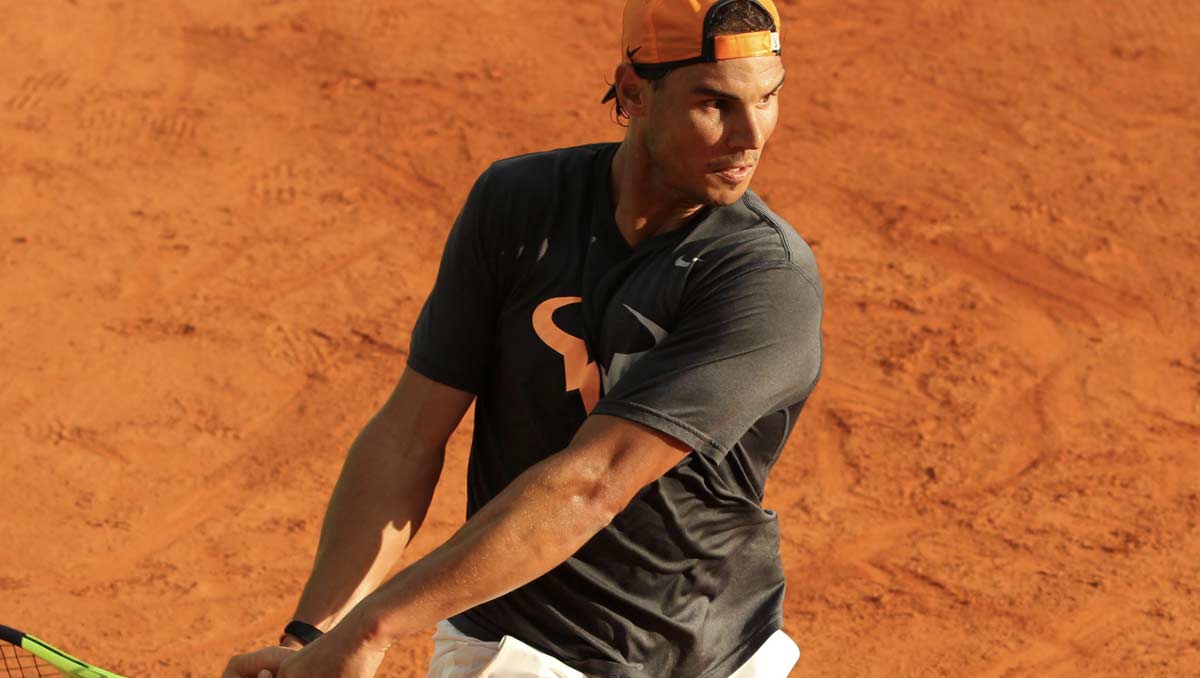 The first quarter of 2021 is done and dusted, a quarter during which tennis began, albeit with many constraints, to resemble its usual self after the devastating global pandemic of last year.

A few of the usual tournaments still had to be abandoned or rescheduled, and a few additional events were given the go-ahead if they could be held in Covid-safe conditions.

One thing remained familiar, however: It was three months dominated by the punishing hard courts and temperatures of Australia, the Middle East, and Latin America.

And although some men made a short detour in February to the cooler, indoor courts of North Europe—in empty, echoing venues—and a small number headed south for an abbreviated “golden swing” on the clay of Argentina and Chile, now every player turns their attention to clay.

For if all goes to plan—and that continues to be in the hands of the coronavirus—there will now be a full two months of nothing but the red stuff [with apologies to this week’s Charleston, which is played on the harder green ‘clay’].

And that will be music to the ears for clay performers who saw the likes of Madrid, Stuttgart, Charleston, Monte-Carlo and Barcelona cancelled in 2020.

For this is a points-rich swing, focused almost exclusively on Europe and the Mediterranean, and taking in some of the most elegant locations in tennis: along with Monte-Carlo and Barcelona are Estoril, Geneva, Strasbourg, and culminating in three iconic tournaments and cities: Madrid, Rome and Paris.

Among 11 men’s tournaments, no fewer than three Masters and one ATP500 point towards the climax of the French Open. And 10 women’s tournaments feature two 500s and two 1,000s before arriving at Roland Garros.

Importantly, too, a year on from the shut-down of tennis at the start of March 2020, and consequent freeze on the rankings, both tours are finally adjusting the allocation of points back to something closer to normality, after allowing plenty of leeway to players on whether to travel to the events that were on offer.

Among the notable absentees was Ashleigh Barty, who stayed in an Australia that had some of the most rigid quarantine rules, and thus some of the lowest Covid infections, in the world. She broke cover, finally, to defend her Miami title last week, but may not be able to return home until September.

Rafael Nadal did not play after the 2020 lockdown until tennis was back on clay, in the rescheduled Rome and Roland Garros. He made the trip to a delayed Australian swing to start 2021 but, like many more top men—world No1 Novak Djokovic included—he chose not to make the hop to Miami for last week’s Masters before the tour headed straight back across the Atlantic.

That left some room for a jostling in the rankings, and some notable career-highs: Daniil Medvedev to No2, Miami champion Hubert Hurkacz to No16, Miami runner-up Jannik Sinner to 22, Aslan Karatsev, the Dubai champion, to 27.

Barty proved her quality on hard courts with a resounding title run in Miami, but Maria Sakkari, Bianca Andreescu and Elina Svitolina also stood out. And Barty, a former French Open champion, will be one to watch on clay, too, but so will last year’s Rome champion and 2018 Roland Garros champion, Simona Halep, as well as the outstanding 2020 French Open champion, Iga Swiatek, to name just a few who love the sliding red courts.

Garbine Muguruza, another French Open champion, has bounded back into form in 2021, winning one title from three finals, and putting together 21 match wins, more than any other woman. However, she was forced to retire in Charleston this week with a leg injury.

Then there is the biggest name of all, Serena Williams, who has won three French Opens, two Madrid titles from just six starts, and four Rome titles. She put together some impressive wins in Australia, falling to Naomi Osaka in the semis, but as yet, her clay plans are unknown.

But when it comes to clay, one name stands head and shoulders above the rest: Nadal. Year after year, the same question is asked: can anyone displace him as the king of clay? Thus far, the answer has come back in the negative.

The mighty Spaniard will turn 35 at this year’s French Open, where he has a stunning 13 titles, a 100-2 win-loss record. In Barcelona, he has 11 titles, the same at the Monte-Carlo Masters. Nine more clay titles have come in Rome, all totting up to 60 clay titles.

Nadal may have given way to Medvedev in the ranks, but there are still few who envisage many clay losses for the Spaniard. The new world No2 has certainly been one of the stand-out players of the last six months—a semi-finalist at the US Open, runner-up in Australia, winner of the 2020 Paris Masters and ATP Finals, and with a clean sweep at this year’s ATP Cup. But on clay, he has yet to win a match at the Rome and Madrid Masters or Roland Garros.

Andrey Rublev has been a winning machine in the last six months, and already 20-4 in 2021, but has just two wins to his name across all three clay Masters.

Dominic Thiem, long seen as the heir to Nadal’s clay crown, has not had it easy since winning his first Major last year—not at Roland Garros, where he has twice been runner-up, but at the US Open. He has taken a break to rehab some physical issues after going 5-4 in 2021, and has already opted out of Monte-Carlo next week.

There are certainly other challengers: the likes of Italian Fabio Fognini, Alexander Zverev, and Diego Schwartzman all have strong showings at the big clay events. But Nadal’s biggest rival remains Djokovic. The Serb has beaten Nadal seven times on the surface, including all the big clay tournaments.

Indeed his prowess on clay has ensured one Roland Garros victory from five finals there, and 10 clay Masters crowns. He would dearly love to win the French Open a second time, too, to complete the set of Majors twice—something neither Nadal nor Roger Federer has done.

And talking of Federer, the Swiss star is down to No7 this week, having played just two matches, winning one, since the Australian Open 2020, and continues to work back from two bouts of knee surgery. He has hinted at playing a clay event, but while he has appeared on the Madrid entry list, that is no guarantee.

With the French Open moving one week into the all-too-brief grass season—which is his priority—Federer may decide to rethink his schedule, but that could mean just two tour matches in 16 months, an enormous hill to climb even for him.