Win takes Barty to top of singles Race; she went on to contest the doubles final too 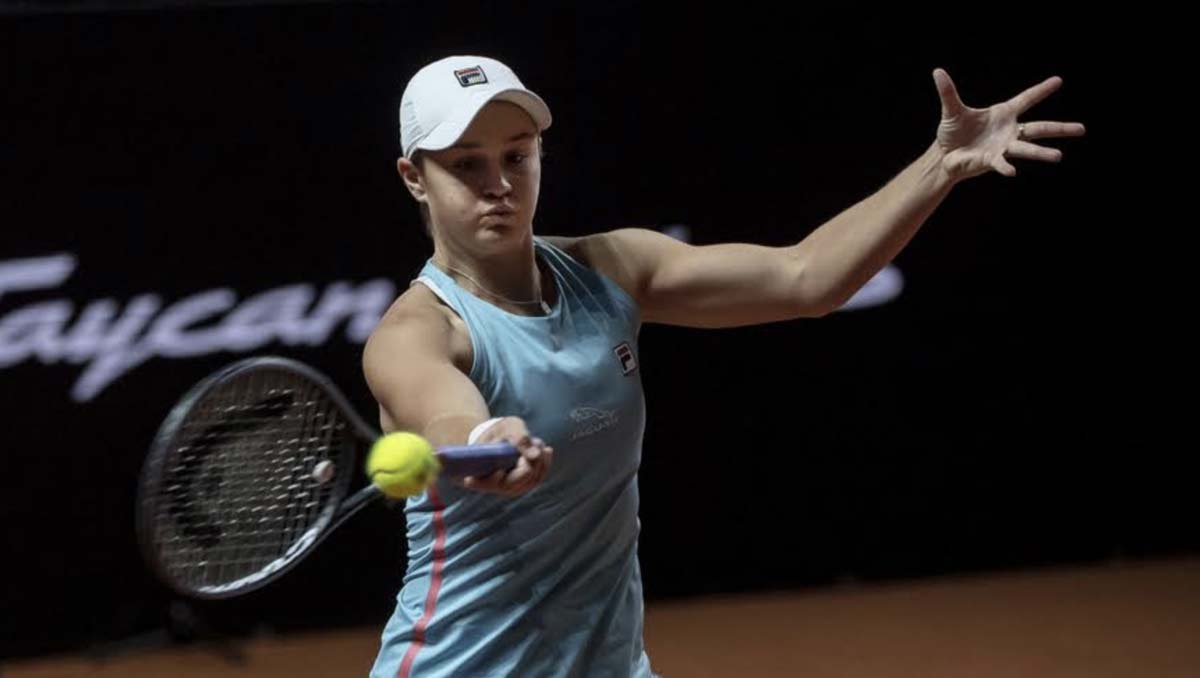 World No1 Ash Barty did not leave her home soil of Australia from the moment tennis went into lockdown in March 2020 until the long, quarantined swing in Melbourne and Adelaide this February reached its conclusion.

Yet her performance since rejoining the tour to win the WTA500 Yarra Valley Classic has only served to affirm that her grip on the No1 ranking throughout the coronavirus lockdown was entirely appropriate.

She went on to reach the quarters of the Australian Open before finally leaving home to win the Miami 1000, beating three former Major champions along the way—plus her opponent in the final of this week’s prestigious Porsche Tennis Grand Prix, Aryna Sabalenka.

Such was the quality of the Stuttgart draw, however, that all eight seeds were ranked 12 or above, and that meant the tough matches began almost at once. And Barty’s draw was a particular challenge: First the former champion Laura Siegemund, then world No6 Karolina Pliskova, followed by No5, Elina Svitolina—and in the latter two, she had to come back from a set down.

Indeed this weekend, she marked her 25th birthday by playing three sets of singles, and then two more sets with doubles partner Jennifer Brady. And sure enough, Barty made it to the finals of both draws. Asked how she would manage, she said:

“That’s what I love to do. I love to play tennis. I love to compete, and to do it on my birthday is even more special.”

At least Sabalenka had not played doubles matches too, for unlike Barty, she did not get a Round 1 bye. But after a severe test against Anett Kontaveit in the quarters, the Belarusian showed her prodigious ability and power to beat No2 seed Simona Halep, 6-3, 6-2.

While Barty was off the tennis scene, too, the tall, 22-year-old Sabalenka had risen through the ranks from 13 a year ago to arrive in Australia this January at No7 courtesy of three back-to-back titles in Ostrava, Linz and Abu Dhabi. She pushed Serena Williams to three sets at the Australian Open—and incidentally won the doubles title there—and very nearly beat Barty in the quarters in Miami.

Now both women, both playing their first Stuttgart draw, and their first indoor clay event, and brought a 3-3 head to head to this final: Sabalenka chasing her 10th title, Barty her 11th. On clay, though, the Aussie boasted one big advantage: she won the French Open in 2019, her only clay title, while Sabalenka had no clay victories among her nine.

It was the Belarusian who opened proceedings in the echoing cavern of the Porsche-Arena, and she soon faced a break point as Barty plied her wrong-footing angles and spin. Sabalenka came through unscathed, her formidable serve already hitting the mark.

But Barty enjoyed a couple of loose errors from Sabalenka to get two more break chances in the fifth game, but the serve again saved the day—and then it was Barty’s turn to have her serve tested.

But after almost half an hour, they remained locked at 3-3. However, that was about to change, and Sabalenka got the upper hand with her signature power strikes to the corners, and a netted drop shot attempt from Barty conceded the break, 5-3.

Sabalenka would serve for the first set, and to rub salt into the wound, her own winning drop shot brought up set point. After a pounding 38 minutes, a huge serve did the job: She led, 6-3.

Now, though, Barty seemed to run through the gears and produce her best all-court touch and accuracy, combined with some nimble footwork. She broke in the second game, producing a run of nine points from 10 rallies, and diving in to finish at the net or slot a whipped pass.

She broke again, and then held to consolidate a 5-0 lead, while Sabalenka increasingly fired just too long. Barty had all the cool, calm confidence, Sabalenka the frustration as another break sealed the set for the Aussie, 6-0.

The question, then, was whether something was wrong with the Belarusian. She had made 14 errors for just three winners in that set, and sure enough, she called the trainer, and together they left court for whatever treatment was required.

Barty paced the court, ghosting some serves, keeping her legs stretched and warm, until Sabalenka returned with strapping to her right thigh.

The run of games continued in Barty’s favour, and of course she is the worst player to face if movement is inhibited by a thigh strain. Side to side, back and forth, with low and high bounce, Barty continued on her sweet way, an immediate break, and a love hold for 3-0.

An emotional Sabalenka thumped a second-serve ace to break the pattern, and finally got another game on the board. She roared ever louder on her ball-strikes, and let out another with a break back as Barty suddenly scattered balls wide of the lines.

The Australian righted the ship, however, and broke straight back, 4-2. A vital marathon game followed, comprising six deuces, Barty slicing and spinning to the corners, Sabalenka going for broke, but in the end to no avail. Barty held, and went on to serve out just her second clay title, 6-3.

The victory earned her enough points to take her past Naomi Osaka to the top of the Porsche Race to Shenzhen next week. But it also earned her a stunning state-of-the-art Porsche car.

It is safe to say that the modest Barty will be one happy player come Monday, but her work was not yet done. First, she had to come back and try to become the first player to win both the singles and doubles at Stuttgart since Lindsay Davenport 20 years ago.

Barty went on to win the doubles title with Jennifer Brady in Stuttgart, too, after they beat the No1 seeds Desirae Krawczyk and Bethanie Mattek-Sands, 6-4, 5-7, 10-5