Chelsea FC are looking at Liverpool FC forward Mohamed Salah as a potential summer recruit to bolster their attacking options ahead of Thomas Tuchel’s first full season in charge, according to transfer expert Christian Falk.

The Egypt international’s future has been a source of debate over the past season or so following reported interest from Spanish giants FC Barcelona and Real Madrid in the Liverpool FC forward.

Salah revealed last week that he hasn’t spoken to Liverpool FC about signing a new deal despite having little over two years left to run on his current deal at the 19-time English champions.

The 28-year-old is thought to be on £200,000-a-week at Liverpool FC, making the former Chelsea FC forward one of the best-paid players at the Anfield outfit.

Salah struggled during his stint at Chelsea FC under Jose Mourinho, scoring just two goals in 19 appearances in all competitions in an 18-month spell at Stamford Bridge. 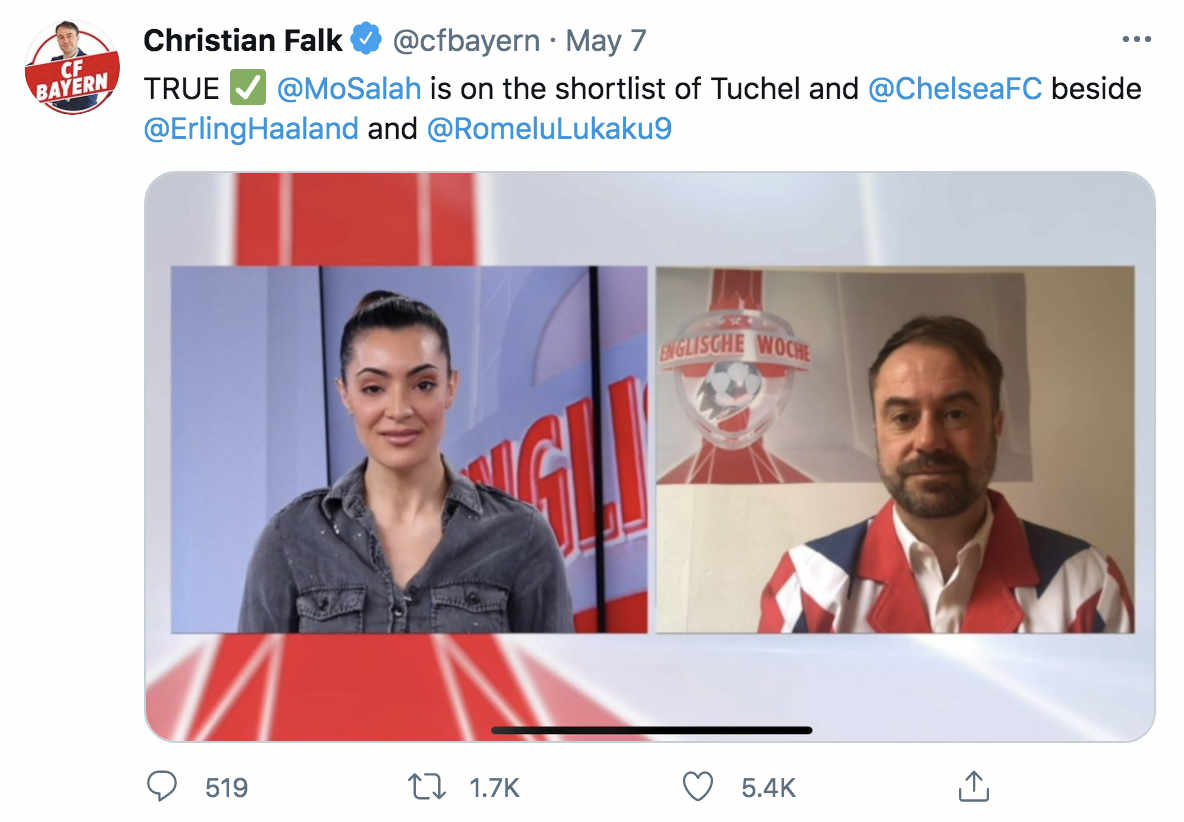 Falk tweeted: “TRUE ✅ @MoSalah is on the shortlist of Tuchel and @ChelseaFC beside @ErlingHaaland and @RomeluLukaku9.”

Salah has scored 123 times in 199 games in all competitions over the past four seasons at Liverpool FC.

The Egyptian has scored 20 goals in a Premier League season for the third time in his Reds career.