No1 Novak Djokovic drawn in same half as Nadal, same quarter as returning Federer 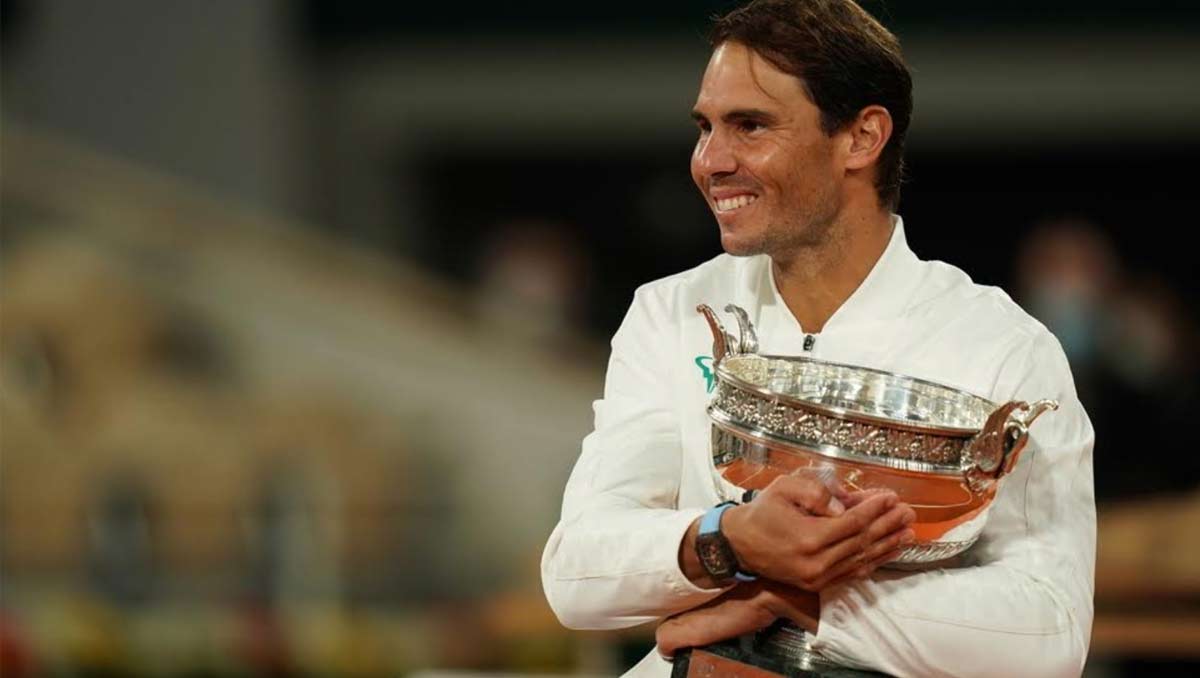 It is just seven months since Rafael Nadal won a remarkable 13th French Open title, a full 16 years since the same teenage Spaniard won his first Major on his Roland Garros debut.

This year, back on the warmer, brighter May clay of Paris, he comes hot-foot from winning his 10th Rome Masters.

It is a sure sign that a somewhat less than glittering clay swing for Nadal this spring is turning itself nicely towards his campaign in the coming fortnight to outstrip his most renowned rival, Roger Federer, for the first time in Major titles. If he wins a 14th Roland Garros—and there are plenty who believe he will—he will overtake Federer’s record tally of 20 for the first time to reach 21.

It is an astounding proposition for the tennis super-star who heads towards his 35th birthday as the clay season reaches its climax. But then Nadal drew level with world No1 Novak Djokovic to equal a record 36 Masters titles in Rome, and he has only ever lost two matches at the French Open, 100-2.

Yet there are many who would also put the case for a Djokovic victory. The top seed won the first Major of the year, his ninth in Australia and his 18th overall, and in March claimed one of tennis’s biggest milestones, the most weeks at No1.

He was runner-up in Rome, has just won his home 250 in Belgrade, and has not fallen short of the quarters in Paris since 2009, winning in 2016 and finishing runner-up four times. His 74-15 tally in Paris is second only to Nadal, and should he win this year, he would become the first man in the Open era to win two career Grand Slams.

Who can disrupt the Nadal/Djokovic duopoly?

Between then, Djokovic and Nadal have won 10 of the last 11 Majors, dating back to Roland Garros in 2018. But this year marks a significant departure from the tennis norm. Nadal’s place at No2 has been taken by Daniil Medvedev, while Federer’s ranking has slipped to No8 courtesy of more than a season’s absence following knee surgery.

The Swiss has not played a Major at all since reaching the semis in Australia in 2020—indeed has played only three tour matches, winning just one. He has been the first to admit that he is not a contender for the Roland Garros title, but his ranking at No8 has allowed ‘the big three’, the only three French Open champions in the draw, to fall in the same half, with Federer scheduled for Djokovic in the quarters.

But where will the real dangers lurk for Nadal and Djokovic? Matteo Berrettini heads a group of strong Italians in the top quarter, including Lorenzo Musetti, while Nadal’s quarter features Jannik Sinner and Lorenzo Sonego. Other strong performers this season round off the Nadal quarter, with Aslan Karatsev, Nikoloz Basilashvili and Diego Schwartzman all 2021 titlists.

Possibly the most dangerous in Nadal’s quarter is the winner of 29 matches, No7 seed Andrey Rublev, whose outstanding results on hard courts were backed up by a final run in Monte-Carlo, and quarters in Barcelona and Rome.

As for the bottom half, No2 Medvedev has never won a main-draw match at Roland Garros and has made his dislike of clay very clear.

The next highest seed in the bottom half is No4 Dominic Thiem, runner-up to Nadal in 2018 and 2019. But while the Austrian went on to win his first Major at the US Open, he has struggled to find his usual clay form this season, 4-3, with his only decent showing in the semis in Madrid.

Thiem’s quarter is also populated by some notable clay competitors, the likes of Pablo Andujar for his first match, Fabio Fognini, Geneva champion Casper Ruud, and ultimately the Madrid champion and No6 seed Alexander Zverev.

The most likely name to emerge from the bottom half, then, is No5 seed Stefanos Tsitsipas, who has won more matches this year than anyone else, 33 of them, including his first Masters title, Monte-Carlo, runner-up in Barcelona, and champion in Lyon. The 22-year-old’s clay props are affirmed further by his first semi run at Roland Garros last October.

Tsitsipas too faces a tough opener in Jeremy Chardy, with Marbella champion Pablo Carreno Busta and Cristian Garin also in this Medvedev-topped quarter.

· Djokovic and Medvedev are, in theory, in contention for the No1 ranking—the Russian could reach the top if he wins the title, regardless of Djokovic’s result.

· Nadal and Federer are both attempting to win a record 21st Major title to become the outright men’s record holder.

· Tsitsipas and Rublev top the match-wins list for 2020, but Briton Cameron Norrie, one of only two British players in the men’s draw, is third with 23 wins. He has reached two clay finals this year, in Lyon and Estoril.

· Nadal and Tsitsipas are the only players to win two clay titles each in 2021, but 10 other players have won clay trophies, including Zverev, Ruud, Garin, and Sonego.

· Djokovic and Nadal are both bidding to win a record seventh Major title since turning 30. They each currently hold six.

The teenage Italian was ranked 249 when he reached the third round via qualifying at the Rome Masters last autumn. Now he is No76 via semis in Lyon and Acapulco and a string of good Challengers. Meanwhile, Goffin’s quarter-final run in Monte-Carlo has been his best showing in a while. Musetti’s charismatic tennis and looks will also surely capture the attention of the few fans allowed to watch.

Both meetings this year have gone the distance, notably a fortnight ago in Rome. Stuff is big and dangerous, a Munich finalist, and ranked 40.

Medvedev (No2 seed) vs Alexander Bublik

Medvedev does not like clay, and for a man with 10 titles (including three Masters) to his name, one match-win on the red stuff in 2021 is an eloquent statistic. If he is to win his first French Open match, he must beat a young player who just missed out on a seeding, who made the quarters of both Miami and Madrid, and finals in Antalya and Singapore.

· Court Philippe Chatrier now has a retractable roof, and there is flood lighting on all 12 competition courts, so Roland Garros will feature night sessions for the first time. From 31 May to 9 June (quarter-finals), 10 night-session matches will be scheduled on Chatrier at 9pm, though due to the current curfew in Paris, nine of the 10 night sessions will be played without spectators. The tournament hopes to be able to welcome 5,000 spectators for its final night session on 9 June at 8pm.

· Roland-Garros stadium will initially be made up of six separate public areas (Philippe-Chatrier, Suzanne-Lenglen, Simonne-Mathieu, Courts 2 to 5, Courts 6 to 9 and Courts 10 to 14), with each allowed up to a maximum 1,000 spectators.

· Ticket-holders wishing to enter the stadium will have to provide one of the following: proof of a negative PCR or antigen test carried out within 48 hours, a vaccine certificate or a positive Covid test more than two weeks and less than 6 months old.

NB the other two 2020 semi-finalists are also in the draw: Tsitsipas and Schwartzman

No14 Denis Shapovalov, No24 Stan Wawrinka, No30 Borna Coric, No58 Nick Kyrgios, No65 Vasek Pospisil, No70 Kyle Edmund, No90 Ilya Ivashka,