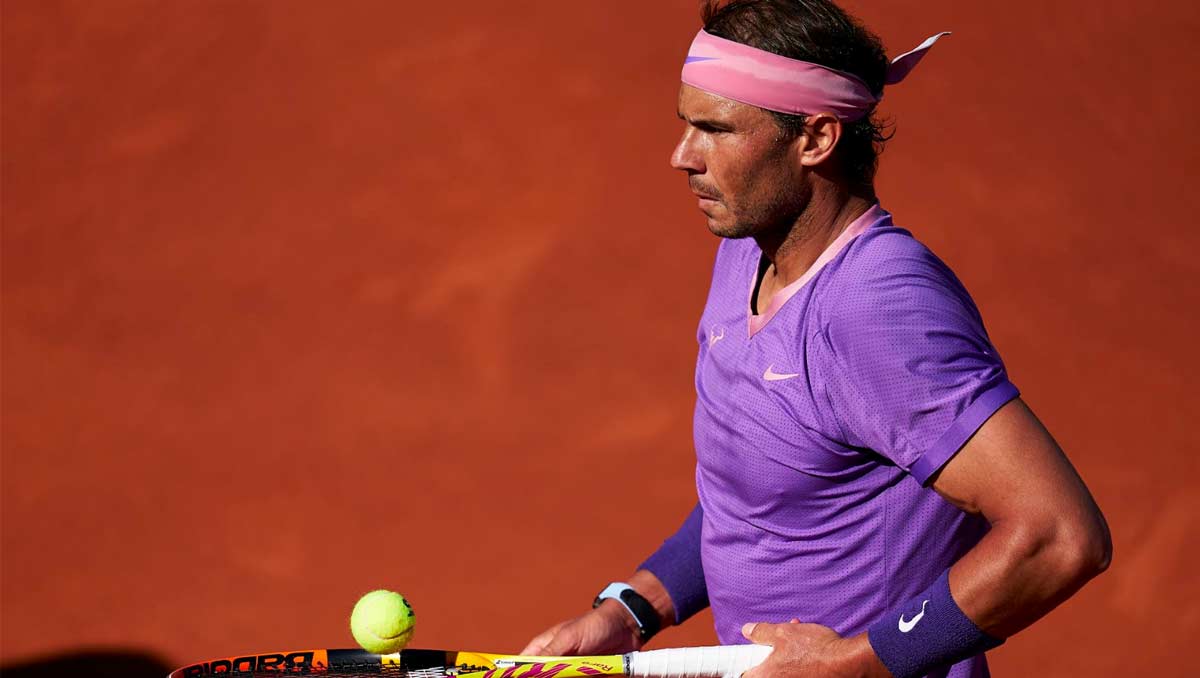 The Mutua Madrid Open has been one of the biggest events in the tennis calendar since the ATP Masters moved from the autumn indoor hard courts to the clay of May in 2009.

It was then that the paths of the men’s and women’s tour converged to become a top tier event in both calendars. And the purpose-built Caja Mágica, one of the most striking venues in tennis, set the standard.

This year, the women’s draw features the top three in the world in a field that boasts 16 of the world’s top 20. And a quick look at the list of champions on the men’s side speaks eloquently of its quality: Nine of the 11 titles since the switch to clay have been won by Novak Djokovic, Rafael Nadal and Roger Federer.

This year, though, only one of the three is in Madrid: the four-time champion and home favourite Nadal, a man who has won 52 matches in Madrid, who was the youngest champion—back in the hard-court days in 2005—and could become the oldest with victory in a week’s time. He has gone on to fall short of the quarters just once since his first appearance in 2003—in 2012.

That the Spaniard arrives hot-foot from winning his 12th Barcelona title makes him the favourite to triumph again in Spain, but dig deeper, and there is plenty of potential for a sea-change in Madrid.

Two new names have adorned the previous two Masters trophies this year: Hubert Hurkacz in Miami, and Stefanos Tsitsipas in Monte-Carlo. And a slew of other young, names have made real inroads in the rankings and in titles over the last few months.

The most prolific match-winners included Tsitsipas (26), Andrey Rublev (26), and Jannik Sinner (18), all with titles this year, all age 23 and under. The latter pair are playing in Madrid for the first time, while Tsitsipas was runner-up to Djokovic in 2019 after beating the then 20-year-old beat Nadal.

And while Tsitsipas, the No4 seed, is shaping up to be the biggest threat to Nadal’s ambitions in Madrid—and as well as winning Monte-Carlo, the Greek pressed Nadal to the limits in the Barcelona final, in three sets and over three and a half hours—he has been drawn in the bottom half. Indeed at first glance, many of the clay threats are in the Tsitsipas half. All the clay titlists other than Nadal are there: Diego Schwartzman, Matteo Berrettini, Pablo Carreno Busta, Christian Garin, Nikoloz Basilashvili.

And yet… look at Nadal’s quarter and there are many reasons for concern. Sinner is slated to be his first seed, and the talented teenager has won the Great Ocean Road title in Melbourne, made the Miami Masters final, and reached the semis in Barcelona. But also here is the 17-year-old Spaniard Carlos Alcaraz, who is ticking off ‘youngest ever’ records on a regular basis, plus Munich finalist Jan-Lennard Struff.

In the rest of the top quarter, and the only other Madrid champion, No5 seed Alexander Zverev, is joined by No12 seed Hurkacz, both with hard-court titles to their names this season. And among the non-seeds there are equally dangerous names: Kei Nishikori is a Madrid finalist, Dan Evans won a career first title in Melbourne and made the semis in Monte-Carlo, while Jeremy Chardy has risen from 72 to 51 this season via several deep runs. He and Evans will meet for the third time this year for the prospect of facing Hurkacz, then Zverev and then Nadal—and all before the semis.

If Nadal makes it past all those players, he could be faced with the man many tipped to take his place on clay in the coming years, No3 seed Dominic Thiem. The Austrian, who won his first Major at the US Open last autumn, is a two-time Roland Garros finalist, and has reached two Madrid finals, but his form has been below par this year, and he has admitted to fatigue both physically and mentally in the aftermath of his New York win and the impact of the coronavirus pandemic.

He has not played, indeed, since an opening loss in Dubai, but told the media ahead of his campaign this week:

“The break was good. I also needed it. But now it’s also time to be back. I think Madrid is a great place for me. I have only good memories of that tournament. Conditions are amazing for my game. The results were always so good in the past years. I’m happy to be back here.”

Certainly the clay in Madrid is different from other venues—a higher altitude makes for faster, higher-bouncing conditions. And that is another reason why Nadal will not be counting his chickens.

As well as Thiem, he has that prolific winner, Rublev, in his half. The Russian won four straight ATP500s dating back to Hamburg’s clay last July, and made the final in Monte-Carlo, knocking off Nadal in the quarters. Also scattered between Rublev and Thiem are Roberto Bautista Agut, Alex de Minaur, John Isner, Dubai runner-up Lloyd Harris, and the winner of a stack of clay matches at Challenger and Tour levels this season, Jaume Munar.

Nadal on the Madrid conditions:

“Yes, is the most difficult event for me, everybody knows… Is true that here the situation is a little bit tougher, no? More difficult to be under control in the points. But at the same time is one of the most emotional events for me, playing at home. We gonna have a chance to play with crowd again… I had some success here, won a couple of times…So I’m excited to be back and I hope to be ready to play well. That’s the main thing.”

The Tsitsipas bottom half challenge

So what of the Tsitsipas half? His challenges too begin early, with possibly Doha and Munich champion, Basilashvili, then Felix Auger-Aliassime as his first seed—but with the likes of Estoril finalist Cam Norrie, and Monte-Carlo semi-finalist Casper Ruud also in the mix.

Head to the rest of his quarter, and it is Buenos Aires champion Schwartzman or Dubai champion Karatsev—scheduled to meet in an intriguing Round-2 match—and No11 seed Denis Shapovalov, who beat Dusan Lajovic handily in his opening match.

As to the bottom quarter, No2 seed Daniil Medvedev may be one of the best-performing players of the last six months, but Madrid is his first clay event of 2021, and a tournament where he has failed to win a match in his previous two visits.

So it is to the clay winners this season that eyes will turn, and all three of the other seeds have scored titles on the red stuff already: No8 Berrettini, No10 Carreno Busta, and No15 Garin.

· No7 seed Schwartzman vs Karatsev, Round 2.

The Russian, who beat Djokovic on Belgrade’s clay, also beat Schwartzman in the third round of the Australian Open on his breakthrough run to the semis in Melbourne, and he went on to win Dubai.

· No8 seed Berrettini vs compatriot, unseeded Fabio Fognini, Round 2

Their only previous meeting was four years ago in Rome, a win to Fognini.

· No15 seed Auger-Aliassime vs Ruud, Round 1

Ranked just four places apart, and age 20 and 22 respectively, this is only their second match, with the first more than two years ago.

· No5 seed Zverev vs Nishikori, Round 2

The Japanese man, a former world No4, is returning from long-standing injury and picked up another to force his withdrawal from Estoril. Zverev has also had an elbow problem—but if both are at their best, it could be tight contest.

Former champions [since move to clay in 2009] in draw: Nadal [four, plus three more finals], Zverev

Former additional finalists [since move to clay in 2009] in draw: Tsitsipas, Thiem [2], Nishikori

Potential seeds missing from draw: No1 Djokovic, No8 Federer, No13 Goffin, No15 Gael Monfils, No19 Milos Raonic, No21 Stan Wawrinka