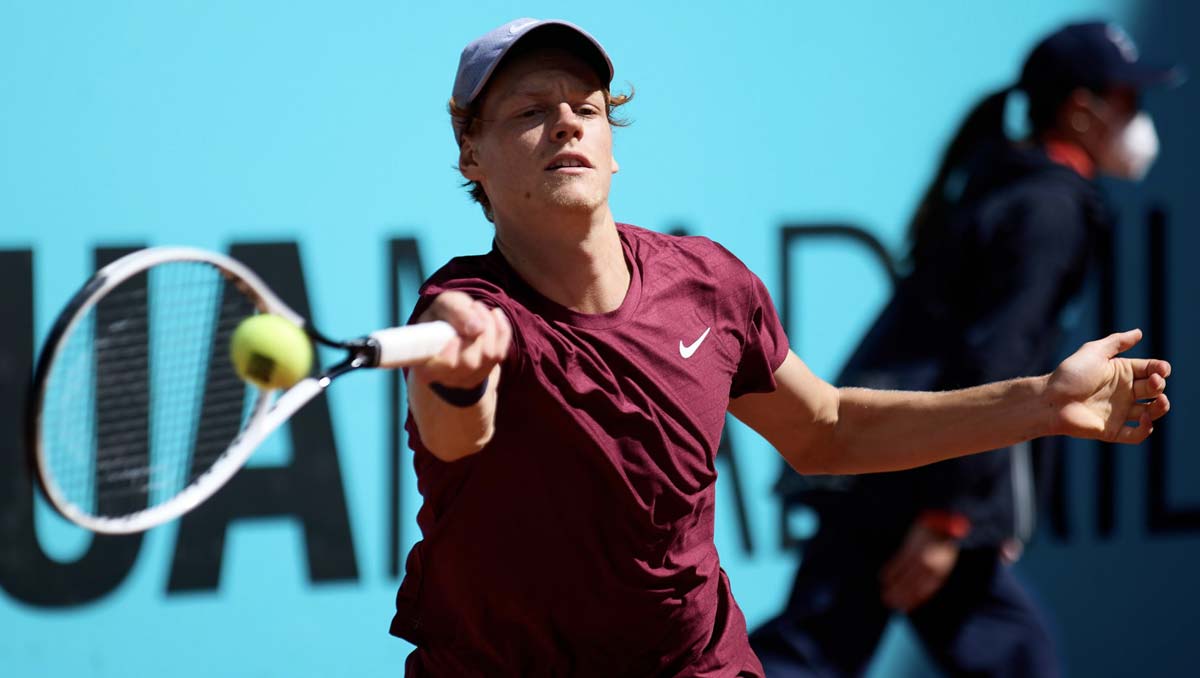 Even before the first round of men’s action at the Caja Magica was concluded, a number of high-profile names had gone from the 16 seeds.

First-time Masters champion, No12 seed Hubert Hurkacz, winner in Miami, drew the always-tough Aussie John Millman in Round 1, and lost out after two hour 22 minutes in three demanding sets.

No10 Pablo Carreno Busta, winner in Marbella and semi-finalist in Barcelona, also fell in three sets to Federico Delbonis.

No13 seed Grigor Dimitrov lost to the fast-rising Lloyd Harris, whose outstanding run through qualifying to the Dubai final took in players like Dominic Thiem and Denis Shapovalov.

Then the young man who has attracted Rafael Nadal’s uncle Toni to his corner, 20-year-old No15 seed Felix Auger-Aliassime, was ousted by another hugely talented young player, 22-year-old Casper Ruud.

The Norwegian only just missed the cut for a seeding this week, ranked at a career-high 22. A former junior No1, Ruud set career-high rankings six times last year, and this year reached four straight quarter-finals or better, including a semi-final at the Monte Carlo Masters and Munich. Not that Monte-Carlo was his first big run: He made the semis of the Rome Masters last autumn, too.

So perhaps it was not a surprise that Ruud beat the Canadian in just an hour and a half, 6-1, 6-4, and will next play lucky loser Yoshihito Nishioka, who took the place of Cameron Norrie after the Briton withdrew with injury following his final run in Estoril.

And soon after, another young Canadian star, 22-year-old Shapovalov, would follow his compatriot out of the draw, despite a really impressive opening win against the 38-ranked Dusan Lajovic..

Now he played 23-year-old Alexander Bublik, who also beat a well-regarded opponent in the 45-ranked Marton Fucsovics. And although Shapovalov was the higher ranked man, seeded 11, it was the tall Russian, ranked 44, who had reached two finals this year, in Antalya and Singapore, plus the quarters at the Miami Masters—17 wins for the season.

Bublik had also won their only previous meeting, in Marseille in 2020, though it was a close three-setter.

There was no denying that Shapovalov had hit the heights early in his career with his expressive, all-court shot-making. The first of five Masters semi-finals was back in 2017, upgraded to the final in Paris in 2019. What is more, two of those runs were on clay, including Rome last year, and this very tournament as a teenager in 2018. He remains the youngest semi-finalist in Madrid’s history.

Again, the Canadian started strongly, earning a quick break to lead 3-1. But then he lost his way with some wayward serving, making no fewer than four double faults, bellowed in anger, and got a warning from the umpire for his language—though there had been none.

He was flustered, playing too fast, now serving at 3-3, and another double fault brought up deuce. This time, he held firm, firing a huge forehand winner for 4-3.

Yet his next service game was again full of wild errors, both overhead and from the baseline. His frustration soared, and that translated into bigger hitting, and more self-berating. He was broken a second time and the set went Bublik’s way, 6-4.

Bublik kept producing some big-time plays, and the Canadian had to save break points in the fifth game of the second set, as the deadly shadows of this third-show court switched from the horizontal to the vertical axis of the court—the most taxing of conditions when both players are hitting high-tally shots from the extreme angles of the arena.

At last, though, Shapovalov brought up set points, only for Bublik to go for broke on serve, hitting 220kph first and second serves, and taking the racket out of the Canadian’s hand. No wonder the frustration pricked Shapovalov again, and a 12th double fault reared its head as he served at 5-5, and faced multiple break points. This time, he survived, and then broke for the set, 7-5.

The decider was just as much of a roller-coaster, but the smart play of Bublik continued to cause problems, continued to draw rash errors, and he broke for 4-3. Shapovalov did come up with a love hold, but it was too late in the face of the Bublik serve. After two hours and 20 minutes, the Kazakh aced for the 10th time to advance to the third round, 6-4, where he will face either No7 seed Diego Schwartzman or Dubai champion and Australian Open semi-finalist, Aslan Karatsev for a place in the quarter-finals.

And just as in Barcelona, this is shaping up to be a strong draw for the younger generation of rising stars. Madrid debutant Jannik Sinner, still just 19, will face 21-year-old Alexei Popyrin in the top segment, where the wild card soon-to-be-18 Spaniard Carlos Alcaraz is due to face his idol in the shape of top seed Rafael Nadal.

In the next quarter, 22-year-old Alex de Minaur will take on 24-year-old Harris, while a pair of 23-year-olds, Andrey Rublev and Tommy Paul, will also contest a third-round spot.

As for the bottom half, Ruud is joined by fellow 22-year-old and one of the tournament favourites, Stefanos Tsitsipas, while 21-year-old Alejandro Davidovich Fokina won his second match to set a meeting with Daniil Medvedev.