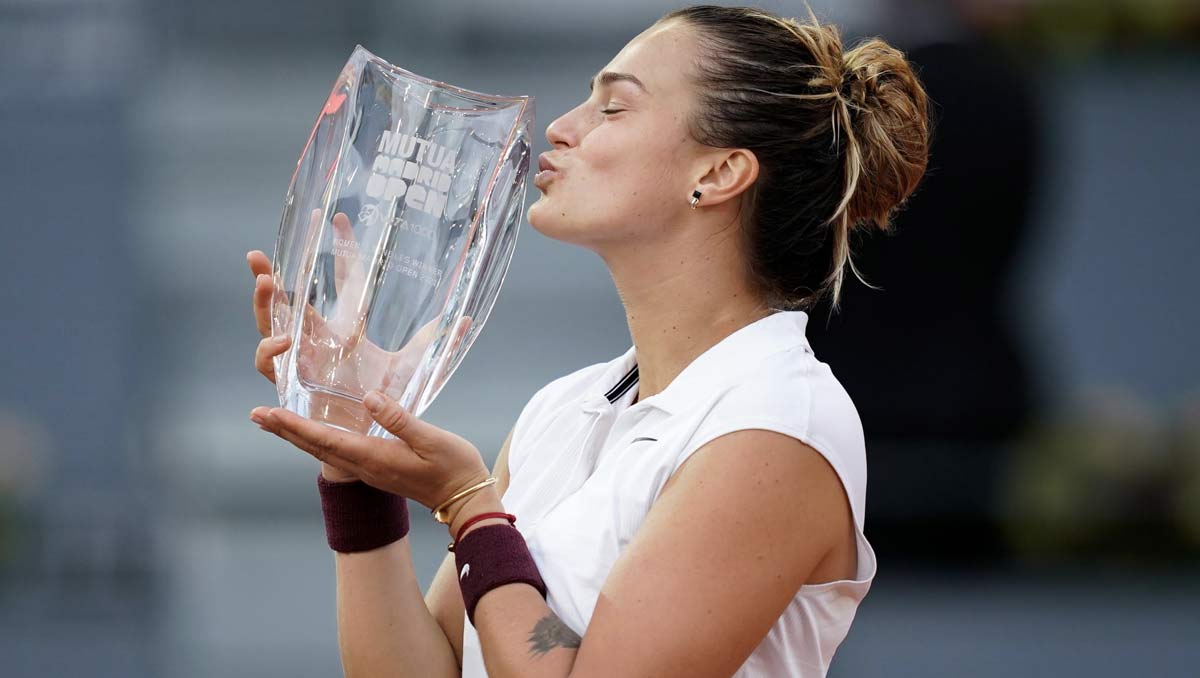 Ash Barty, whose time at No1 is guaranteed to extend beyond its current 74 weeks when the tennis tour moves from the Madrid 1000 to the Rome 1000 on Monday, has certainly justified her place at the top of her sport.

This year, back on tour for the first time since the coronavirus pandemic shut down tennis in March 2020, she has proven her mettle by reaching the semis of her home Major—losing to the ultimate champion Sofia Kenin—and by winning the Yarra Valley Classic, defending her Miami title, and winning the Stuttgart title via three top-10 opponents—and the doubles title too.

Come Madrid, she worked her way through a killer quarter of the draw, beating fellow Roland Garros champion Iga Swiatek, then three-time Madrid champion Petra Kvitova. A win over Paula Badosa, then, took her to her fourth final of the year, and consolidated her at the top of the Race with a tour-leading 25 match wins, 11 of them on clay. What is more, she had done it the hard way, notching up more top-10 wins than anyone else—six of them.

Among those big wins was a very significant name, Aryna Sabalenka, who Barty had beaten twice during her outstanding 2021 run: first in the quarters of the Miami 1000, then in the final of Stuttgart. But both contests had gone the distance, in this burgeoning rivalry between arguably the current best players on the tour.

The 23-year-old powerhouse from Belarus had put together a notable resume dating back to last October’s French Open. Sabalenka won the titles in Ostrava, Linz, and Abu Dhabi back to back, then lost that close quarter-final to Barty in Miami, followed by the final in Stuttgart.

Now she had survived the half topped by world No2 Naomi Osaka, though would ended up with a rather more straightforward run to the final than anticipated: Osaka, Victoria Azarenka, and No6 seed Karolina Pliskova went out at the second-round stage, No3 seed Simona Halep in the third round.

Thus Sabalenka faced just one seed, No13 Elise Mertens, who retired at a set and 4-0 down in the quarters. Across the week, Sabalenka demolished her opposition, not dropping a set and not losing more than three games in any of those sets, either. In total, it amounted to just five and a quarter hours on court, compared with seven and three-quarter hours for Barty.

Stir into the mix that Sabalenka was second to Barty in 2021 match-wins, 23, courtesy of three finals, was third in the Race, and was about to break into the top five for the first time, win or lose in Madrid, and here was a final to relish.

Add the spice of two very contrasting styles—the smaller-stature Barty with all-court variety, nimble movement, and a brilliant tactical brain, versus the 5ft 11in Sabalenka who had notched up an average of 28 winners for each [short] match—and the fans who had at last been allowed back to live tennis, were surely in for a treat. It did not disappoint.

Sabalenka drew first blood, a break in the second game, as she attacked the front of the court with relish. She deployed guile, too, in a drop-shot winner to convert a break point in the fourth game, 4-0, and it left Barty running the full dimensions of the court in her desperate pursuit of the huge Belarusian hitting.

Twenty minutes down, and Sabalenka held with ease for 5-0, only to break again with a searing return of serve, 6-0. She had made 11 winners to just one error in the set, and won more than twice as many points. It was a startling and breathtaking set, but could she maintain that same discipline and accuracy?

Barty found her way back into the match at the start of the second set, breaking in the first game and holding for 2-0. However, Sabalenka was soon all over the Aussie’s serve, hammering it back to a length and breaking back.

Barty was breathing heavily, chasing the extremes of the baseline but then trying to track down a drop shot. It was a demanding combination from the Belarusian, and the smaller woman had to slice and dice, change the pace—now a chase to the net, now a low, skimming backhand—and try to draw errors, and it earned another break chance. A well-crafted rally, finished at the net, got the Aussie her reward, 3-2.

Sabalenka had to rein in the over-exuberance, the over-hitting, to get back on track. She did so with an ace to hold for 3-4, but Barty played a near-perfect game to hold for 5-3, the calm centre of the storm. She sliced her backhand, pulled off a running forehand winner, blocked a big serve, and broke for the set, 6-3.

Barty had made only three errors in the set to nine winners, looked the least rattled person in the Caja Magica. Her speed and footwork were exceptional, keeping her in touch defensively, and turning rallies to her advantage with defusing returns.

It was starting to frustrate Sabalenka, as she missed her big shots, shouted at herself, and thumped the clay with her racket.

She faced more break points in the fourth game, but got back on track to hold, and gradually regained the control of her power to stay with Barty, 4-4.

Sabalenka looked steely, focused, ready to go for broke, and it worked. She forced a double fault from Barty at 0-30, and then fired a return winner to convert the first of three break points. She would serve for the match, and did so in some style, to love, 6-4.

It earned her a standing ovation, and rightly so—surely the first of many. The confidence she showed here, combined with such a big, all-round game, is Major material. Watch out Roland Garros.