Cesc Fabregas: What I really think about Bukayo Saka at Arsenal

Cesc Fabregas believes that Bukayo Saka has a great future ahead of him following his sparkling performances for Arsenal.

The 19-year-old has earned lots of praise for his performances for the Gunners in recent months after having broken into the first team under Mikel Arteta last term.

Saka earned lots of new admirers as he scored seven goals and made six assists in all competitions for the Gunners last term.

The teenager has been rewarded for his fine form with a call-up to the England squad for Euro 2020.

Former Arsenal and Chelsea FC midfielder Fabregas has been highly impressed by what he has seen from Saka in recent weeks and he believes that the teenager has a bright future ahead of him at The Emirates.

During a Q&A on his Twitter profile over the weekend, Fabregas praised Saka for his recent good performances.

“Most consistent player this season,” Fabregas wrote on Twitter.

“Always looking to go forward and hungry to win and learn. Great future ahead 🙏.” 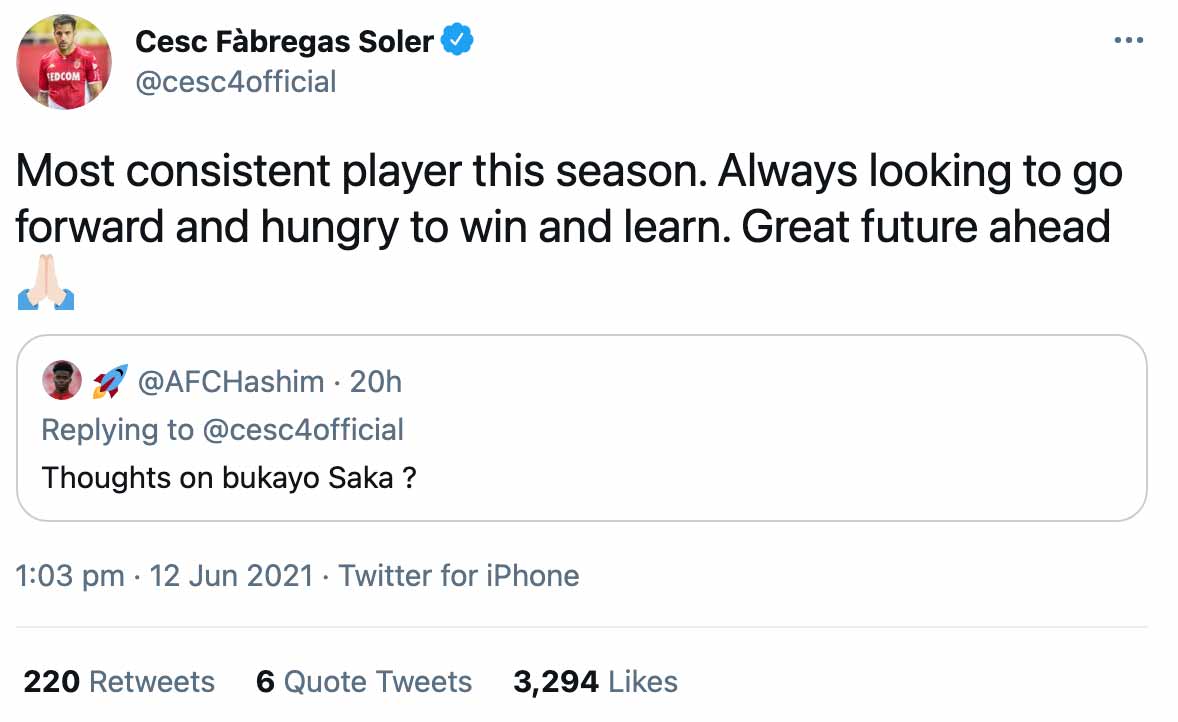 Saka will be hoping to hold down a regular spot in the Arsenal first team next season as he bids to help Arteta’s side to challenge for a top-four finish in the Premier League.

The Gunners ended up in eighth place and without a trophy last term.