Arsenal have contacted Benfica about the possibility of signing Portuguese defender Nuno Tavares, according to Italian transfer expert Fabrizio Romano.

The Gunners are thought to be in the market to sign a new full-back this summer given the uncertainty surrounding Hector Bellerin’s future at the north London side.

The Arsenal stalwart has been linked with a return to Spain this summer, while Inter Milan are reportedly eyeing Bellerin as a replacement for Achraf Hakimi.

Mikel Arteta was without Scotland international Kieran Tierney for portions of the 2020-21 Premier League season to leave the Spanish head coach looking threadbare at the back.

Italian reporter Romano has now taken to Twitter to reveal that the Gunners are targeting the 21-year-old Tavares as a potential recruit to improve Arteta’s defensive options.

The transfer expert revealed on the social media site that the Portuguese giants are looking to secure a transfer fee in the region of €15m-17m (£13m-£15m).

However, the Gunners could face competition from Serie A duo Lazio and Napoli for Tavares’ signature.

Romano wrote on his Twitter page: “After Napoli and Lazio, also Arsenal have been in contact with Nuno Tavares agents. Benfica are asking around €15/17m to sell the Portuguese left back. Flag of Portugal #AFC @DiMarzio. But after Tierney’s contract extension signed, Arsenal will calmly decide how to act on the left back.”

The Italian journalist went on to shed further light on Arsenal’s negotiations with the Benfica full-back.

Romano added: “Arsenal are in direct contact with Nuno Tavares agents. Player priority is joining #AFC as he dreams of Premier League future, personal terms won’t be an issue – it’s up to Arsenal.” 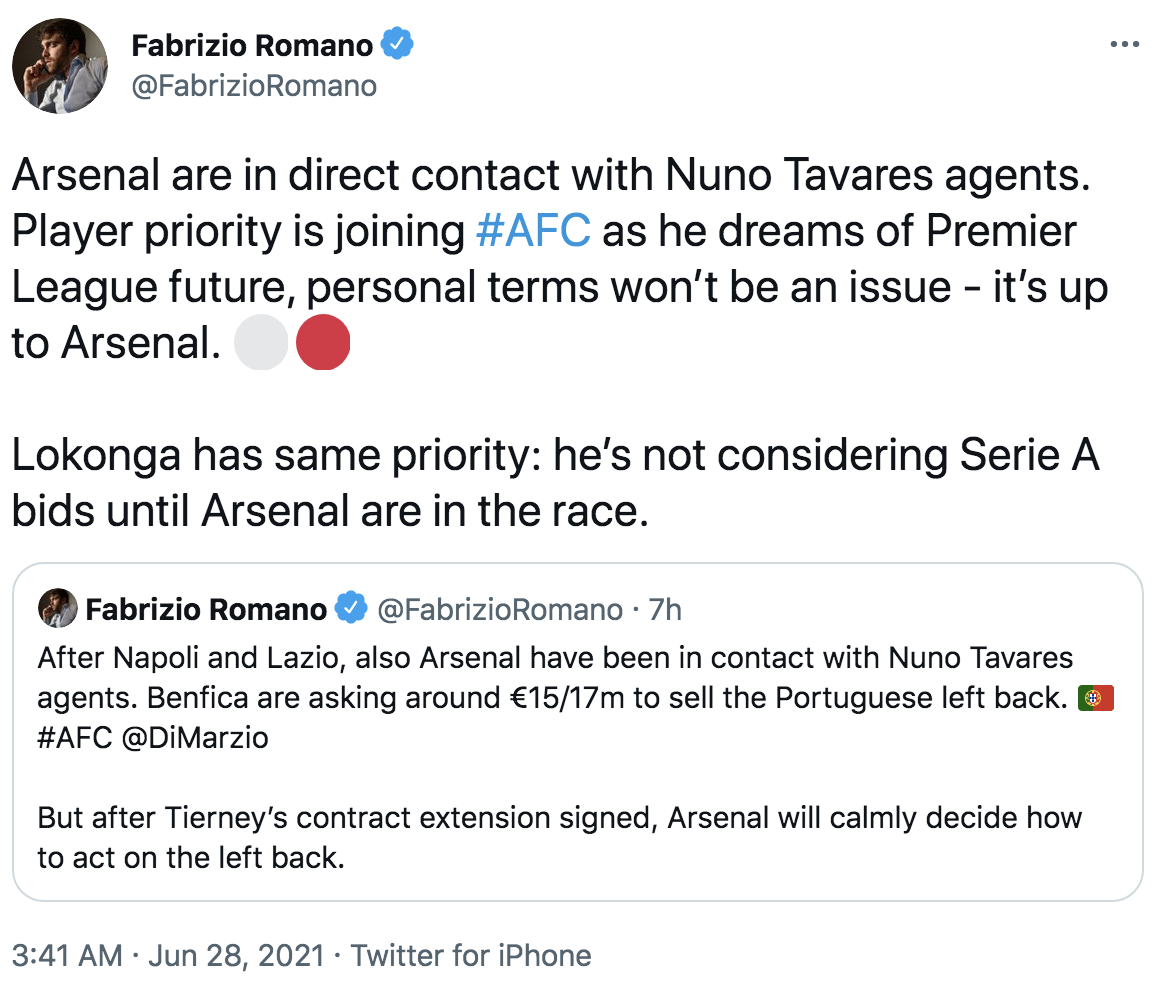 Tavares made 14 appearances for Benfica in the Primeira Liga last term.

The 21-year-old broke into the Benfica first-team squad at the start of the 2019-20 season.