Frank Lampard took to social media to praise Billy Gilmour after he was named as the man of the match in Scotland’s goalless draw with England on Friday night at Euro 2020.

The 20-year-old made his first appearance in a major tournament for the national team on Friday as he helped the Scots to keep England at bay at Wembley in their second group game.

Gilmour has been earning lots of praise for his performances for Chelsea FC when called upon at Stamford Bridge, and he first started breaking into the first team under former manager Lampard.

The midfielder produced an assured performance in the middle of the park as he helped Scotland to claim a point from their group clash on Friday night.

Lampard worked closely with Gilmour during his spell as Blues boss and he was quick to praise the midfielder after his man of the match performance on Friday night.

Replying to a post on Instagram revealing that Gilmour had been selected as man of the match, Lampard wrote: “Top top player.” 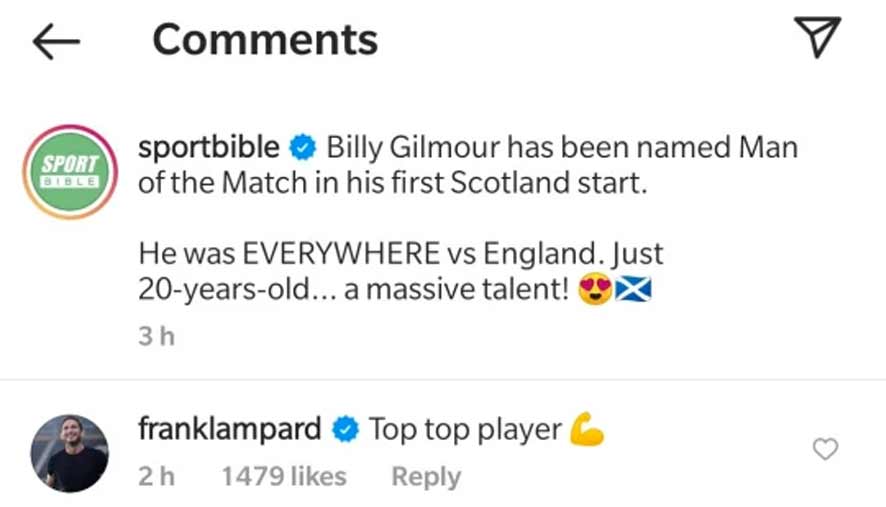 Gilmour will be hoping to hold down a more regular role in the first team at Chelsea FC under Thomas Tuchel next season.