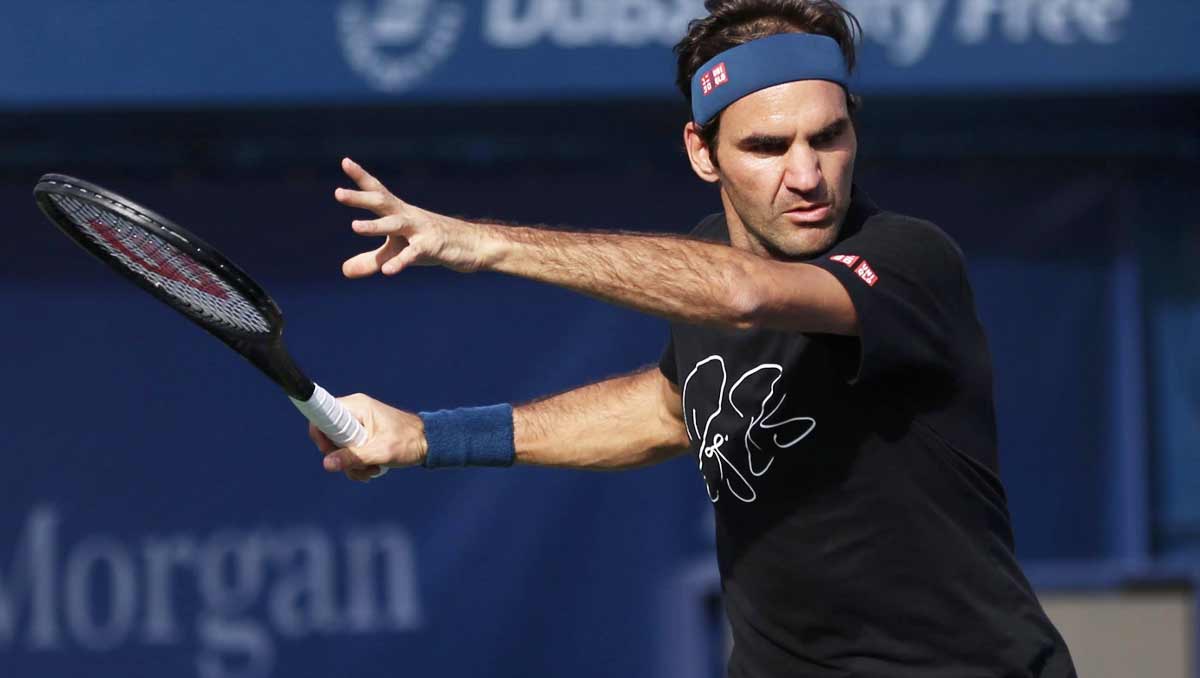 It has been a year and a half since Roger Federer, the 20-time Major champion, set foot on a court at a Grand Slam venue.

That was back in Australia 2020, when he lost to Novak Djokovic, then vanished from the tour to have two bouts of knee surgery, and watched as a global pandemic shut down everyone else’s tennis season until August.

Still Federer was not ready to return, even at the long-postponed French Open last October. His appearance at this year’s Parisian showcase, therefore, is his first at Roland Garros since losing to eventual champion Rafael Nadal in the semis in 2019.

There have been try-outs this year to test out the Swiss star’s readiness for the heat of competition in a best-of-three format, though it proved to be a shock to the system, especially in his first appearance in Doha.

Post-Covid tennis protocols had changed some of the rules and regulations, so he forgot his own towel, forgot the warm-up times, and had to get used the shot-clock:

“Because there is a lot going through my mind at the moment about what’s my next shot, how am I feeling… I think it’s almost too much for the brain to take. So, yes, it feels like I have been away for even longer than I actually have been.”

Then he played his home event in Geneva to prepare for Roland Garros, though his work on clay, he has said, is to get match-time and match-fit for his primary targets, Wimbledon and the Olympics.

He lost his first match, and was clearly disappointed—“I was expecting better from myself”—but it did not dampen his ambition, nor undermine his overall plan:

“I think the moment I’m healthy or able to get matches under my belt, get used to being out on court, serving for hours, then recovering and doing the same again, that will increase my confidence and then I believe I will be part of the top tier.”

So by the time he hit the practice courts in Paris, and readied for the still tougher best-of-five format, he had played only three matches in 18 months, winning just one of them.

And along the way, there has been that most unforgiving of sounds, the ticking clock. Since the last time Federer played at Roland Garros, he has moved to within two months of his 40th birthday. What could Paris fans really expect from the man playing his 19 French Open and his 80th Major?

He certainly drew a relatively benign opening match; just what the doctor ordered. Federer had beaten qualifier Denis Istomin in all seven previous matches, and although the Swiss had been long absent, so had his opponent: Istomin’s last Major appearance was a Round-1 loss at Wimbledon in 2019, and he had slipped to a ranking of 204.

Sure enough, it started well for the Swiss, an immediate break, and then a swift hold, 2-0. Federer threw in drop shots from the baseline, and off both wings, raced to the net, chipped returns-of-serve, all tennis from the familiar Federer song-book. He broke again for 5-2, and served out the first set in 22 minutes, 6-2, with 15 winners for seven errors, six aces, and all but one of his 20 first serves in play.

He had a steely look about him, too: There was concentration and determination, and he glided through some early tests of his footwork and movement.

He pulled off one sliding, wide pass of a drop-shot that would have had most players fist-pumping, or looking to their box for approval. Instead, he ambled back to the baseline, face expressionless. If he wanted another test, Istomin threw up a couple of lobs, which Federer also managed to reach.

In the second set, the Swiss broke to love in the third game, held to love to reach 5-3, and served it out to love, 6-4.

Come the third set, it was more of the same, with Federer moving Istomin hither and thither, dropping short balls, swinging the serve, applying huge top-spin to his forehand. He broke in the fifth game and consolidated with a love hold, 4-2.

Istomin battled hard to hold a seven-minute game, saving two set points, and Federer promptly broke again to seal set and match, 6-3, after a tidy hour and a half.

The former champion had made not one double fault, nor faced a break point. He made 19 points at the net, and hit 48 winners for only 20 errors. In short, it was a near perfect match that stretched and tested the body, and fine-tuned the attacking, volleying, overhead-smashing tactics that Federer is determined to deploy—for the fun of it but also, more pragmatically, to keep matches short and sharp.

In his first press conference, he was happy to elaborate on all those elements.

“I just felt overall much clearer, much better [than in Geneva]. Clearly also maybe the type of opponent allowed me to have many different ways to win the point. I knew if I came to the net, that was an option. Hitting a dropshot was always an option. Taking the ball early was an option.

“I think getting used to tournament and match rhythm again, the whole thing with the towels, the shot clock, everything that goes with it. [In Geneva], I rarely took the extra two, three, four, five seconds I usually take by getting the towel or waiting for the crowd, whatever the dynamics might be… That’s where I think I felt much more comfortable today because I made an effort to think about it.”

That attacking game-plan has clearly been on his mind. He explained:

“In Geneva I really struggled to play forward and be committed. I don’t know, it just felt not comfortable… In Doha, like here now, I felt like if I wanted to come to the net, if I wanted to play aggressive, I was able to do that. I think then my game looks cleaner, it looks clearer. I think it worked very well.

“I moved pretty well today. I also kept rallies short purposely so I wouldn’t get dragged into the long rallies.”

Istomin, then, provided the ideal foundation for the Federer campaign, but now the test of the Swiss fitness and confidence will be more sorely tested by the unseeded Marin Cilic.

The Croat is an old adversary who has taken Federer to the limits in Major championships—Wimbledon and the Australian Open stand out. The former world No3 is currently down at 47 having suffered five first-round losses this season, but by any measure, the Croat is a step up in competition. However, he will be the first of many if Federer is to reach a quarter-final showdown with world No1 Djokovic.

In the first ‘night session’ to be held on Roland Garros’s Philippe Chatrier court, which now boasts a retractable roof and floodlighting, another remarkable 39-year-old began her campaign at this year’s French Open.

Serena Williams may have had to play to an empty arena—the 9pm curfew in Paris is not lifted until next week—but the former French champion and world No1, and like Federer currently ranked No8, won her opener against Irina-Camelia Begu, 7-6(6), 6-2.

The three-time champion, who has reached four finals since winning her 23rd Major title as she continues her pursuit of a record 24th, needed an hour and three-quarters to earn her 363rd Major match-win—exactly the same number as Federer.

She next plays Mihaela Buzarnescu, but her half of the draw has opened up significantly since the first round.

Naomi Osaka withdrew following her decision to avoid all press activity at Roland Garros, and Petra Kvitova pulled out following an ankle injury after her own winning start. Meanwhile Williams’ first seed, Angelique Kerber, lost in the first round, and No6 seed Bianca Andreescu lost in a three-hour, 20-minute marathon to Tamara Zidansek.