Greek is youngest men’s finalist at Roland Garros since Nadal in 2008; will face Nadal or Djokovic for title 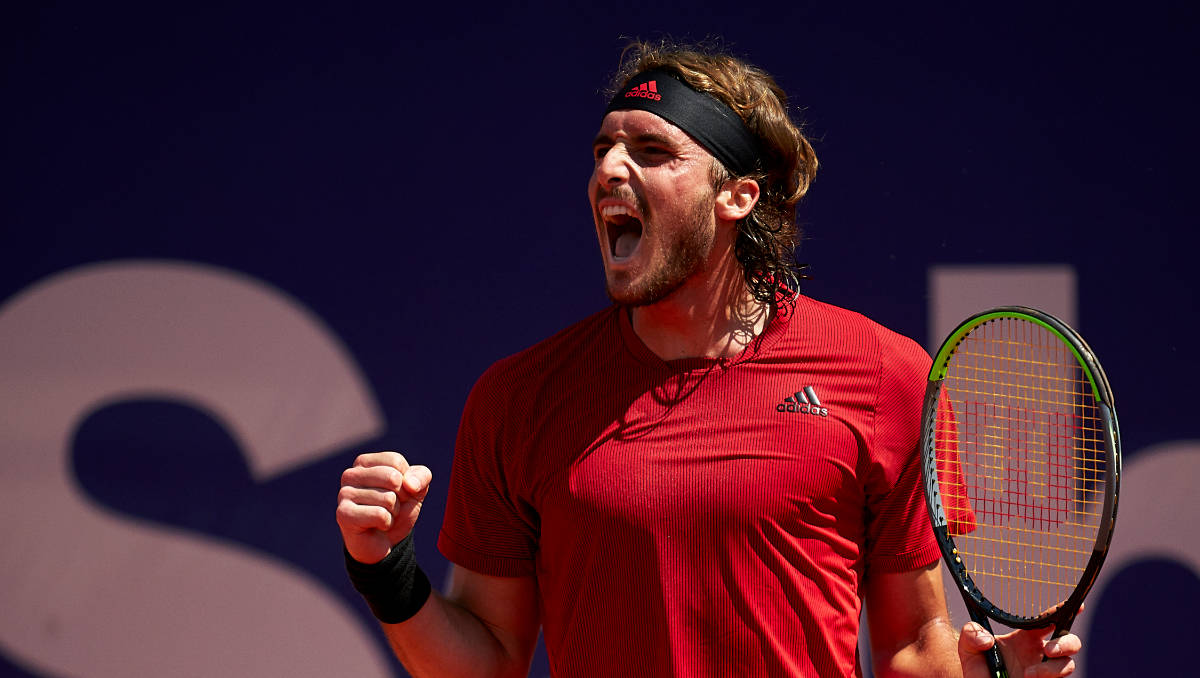 The women’s draw has rightly celebrated the quality in both depth and breadth at this year’s French Open. Six of the eight quarter-finalists reached that stage in a Major for the first time, and all but one beat a former Major champion along the way—unless they were, like Iga Swiatek, the actual defending champion.

As for the ultimate finalists, unseeded Barbora Krejcikova was playing only her fifth Major singles draw after a stunning Grand Slam doubles career comprising three titles and the No1 ranking, while Anastasia Pavlyuchenkova, who crept into the seedings at 31, had won 12 titles and made six Major quarters dating back more than a decade, but had never made a semi, let alone a final.

And the quality of their matches in making their appointment with the Paris fans on final Saturday left no doubt about their right to be there.

Turn to the men’s closing stages, though, and there were very few surprises. But then there have been very few surprises for many years, courtesy of the dominance of the only former champions in the draw for almost two decades: Rafael Nadal, Novak Djokovic and Roger Federer.

The oldest in the singles draw, Federer, even surprised himself that he won through to the fourth round so soon after his return from an 18-month lay-off and double knee surgery. He withdrew, but 20-time Major champion Nadal, seeded No3, and 18-time Major champion, world No1 Djokovic, made it to an oh-so-familiar place in the draw: the semis. Of course they did. And of course each would break still more records if they went on to win the title.

Already, though, the mighty duo would set new milestones. This would be their 58th meeting—extending the Open era record in men’s rivalries—and their 17th in a Major—equalling the Djokovic-Federer record. Just as remarkable, they had notched up 28 Major finals each: One was sure to make it 29 by the weekend.

Naturally, with such a long competitive history, the two were extending age-related records, too. Nadal at 35 and Djokovic at 34 combined for an age of 69, and few rivalries outdid that unless they featured the nearly-40 Federer.

But what of the other considerably younger semi-final? Well there were few surprises there, either. Both of the strapping young figures were in the top six—both top four in the Race to Turin. Indeed the first, Stefanos Tsitsipas, still just 22 years old, topped the leader-board with more match-wins than anyone else and with some outstanding results: semis at the Australian Open—where he beat Nadal—and Rotterdam, finals in Acapulco and Barcelona, and titles in Lyon and, his first Masters, in Monte-Carlo.

Meanwhile 24-year-old No6, and former No3, Alexander Zverev, was beaten in the quarters of the Australian Open by eventual champion Djokovic, beat Tsitsipas to win Acapulco, and picked up his fourth Masters title from eight Masters finals in Madrid. What is more, he had gone one step further than the semis at a Major already, losing out by the narrowest of margins, a final-set tie-break, to Dominic Thiem at the US Open.

Both were former ATP Finals champions, excelling at the age of 21, but perhaps the Greek star Tsitsipas had proven his mettle rather more of late, and was certainly tipped to be a Major champion very soon. Here, he had come through a tough quarter that included three seeds, John Isner, Pablo Carreno Busta and No2 Daniil Medvedev, while Zverev had not faced a seed, though Kei Nishikori was ranked outside the seeds as he worked back from injury.

As for the head-to-head, yes Zverev had won their hard-court Mexican encounter, while Tsitsipas had won the previous five meetings. But could the Greek reach his first Major final?

He began with the greater confidence, with a spring in his step, with clean ball striking. He was thus able to take advantage of the tenser play of Zverev, breaking in the second game, and serving to love, 4-1.

Zverev found his rhythm on serve, up to well over 130mph, to also make a love hold, and applied great baseline pressure as Tsitsipas served for the set, but the Greek survived deuce and took the lead, 6-3, in under 40 minutes. Perhaps surprisingly, given the hammer-and-tongs exchanges through the latter games, the set produced only five winners between them, and 22 errors. With both now settled and probing each other from the baseline, it was time for them to step up the aggression.

Sure enough, Zverev opened the second set with a love hold, closing it with a serve and net charge. He then earned a break point with some huge strikes from the baseline, Tsitsipas hit long, and the German had the lead, 2-0.

It did not last long: a wayward fifth game, and Tsitsipas broke back, then broke again with the more proactive game, taking the ball earlier, mixing things up. Instead of serving for the set, Zverev ended up serving to save it, as rash errors scattered his game, and a final forehand hit way long conceded break and set, 6-3.

Zverev gained the upper hand in the third set, but after getting a quick break, he seemed again to struggle with consistency of focus, fighting to hold for 4-2, and facing 0-30 in the eighth game too. He held, and then Tsitsipas took it to 4-5 through a controversial call against Zverev. However, the German had the chance to serve out the set, and the anger had galvanised his focus. He held to love, 6-4.

Zverev carried that important momentum into the fourth set, breaking in the first game, and he worked his way to the set, via a couple of stunning net plays and a deft lob winner, 6-4. The match was almost three hours old, and it came down to one final set.

And Tsitsipas looked in trouble in the first game, but he strung several points together to hold, and that boost of confidence translated to a love hold in the next, 2-1. The Greek had got a second wind, and held for 5-2.

With the crowd cheering on Tsitsipas’s every move, he brought up two match points after almost three and a half hours. But Zverev rose to the challenge, an ace and a drop-shot winner. However, Tsitsipas converted his third chance, 6-3, to reach his first Major final—the first Greek to do so.

Of course it was a hugely emotional moment, and with tears in his eyes he told the fans:

“It was very difficult, very emotional, I went through a lot of phases of emotional breakdowns. This means a lot. It is the most important win of my career so far.

“All I can think of is my roots, where I came from, a really small place outside Athens. My dream was to play on the big stage of the French Open one day, I would have never thought that I would.”

Of course, the biggest match of his career now lies two days hence, but he could only now recover, and watch Nadal and Djokovic fight for their own place in the final. Whoever he faces come Sunday, it will be a mountain to climb.

Nadal has won this title 13 times, and is on a 105-2 run in Paris. Djokovic is one match shy of 80 wins at Roland Garros, but is one of the two men to deny Nadal on Philipp-Chatrier. As the world No1 put it:

“It’s not like any other match. Let’s face it, it’s the biggest challenge that you can have, playing on clay against Nadal on this court in which he has had so much success in his career.”

Djokovic ended Nadal’s defence at Roland Garros in a remarkable four-set, four-and-a-quarter-hours win, 3-6, 6-3, 7-6(4), 6-2. It was only the Spaniard’s third loss at the tournament in 108 matches, and the second to Djokovic.

There were fears that the Paris 11pm coronavirus curfew would deny the 5,000 spectators the chance to see the match’s conclusion following a jaw-dropping 98-minute third set, but phone calls were made to seek a special exemption, and the match finally concluded just short of 11.30pm to an ecstatic reception.

Djokovic summed it up at his following press conference:

“Definitely the best match I was part of ever in Roland Garros, and top three matches that I ever played in my entire career, considering quality of tennis, playing my biggest rival on the court where he has had so much success, and has been the dominant force in the last 15-plus years, and the atmosphere which was completely electric. For both players, a lot of support. Just amazing.”