“I think for everyone, me included, you realise the last 18 months not to take moments for granted: enjoy those things that we love doing” 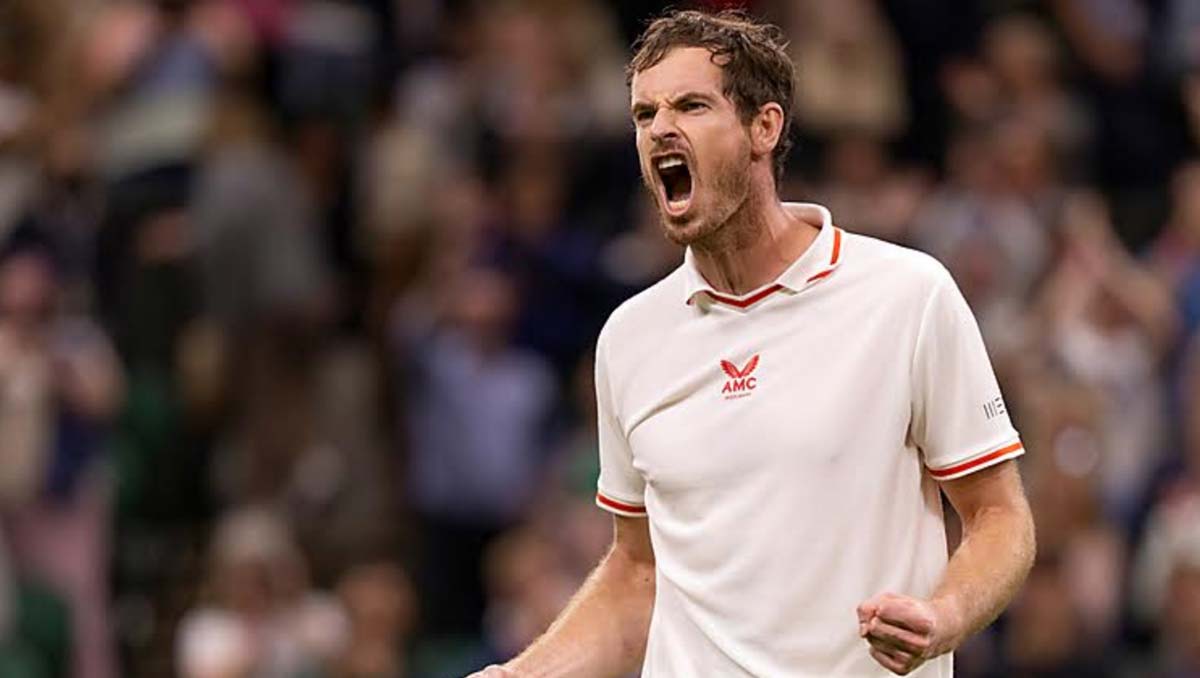 How do you top the intensity, the noise, the emotion, and the sheer presence of what Centre Court delivered late into the first evening of Wimbledon 2021?

For few British athletes have won—with every sinew and drop of sweat—greater admiration and affection from sporting fans in Great Britain than Andy Murray.

It was not always thus, though the fighting spirit was certainly on display right from the start when the Briton forced David Nalbandian to five gutsy sets in his first main draw here—age 18.

Another memorable five-setter was the first complete match played under the Centre Court roof in 2009. By now ranked No3, and increasingly asserting his place in the ‘big four’, he beat Stan Wawrinka under the roof and lights at gone 10pm, and went on to his first semi-final on his home turf.

Two more semis followed, then his final against Roger Federer in 2012—and if Murray was by now one of his nation’s most admired sportsmen, his tear-stained speech to a standing ovation ensured he was now one its most loved, too.

But he was only just getting started: He avenged that bitter loss with victory over Federer, on the very same stage in the same summer, to win Olympic gold, and finally got his hands on a Major trophy at the US Open. The next summer, he won Wimbledon.

His talent, his work ethic, and his witty, generous personality had now grown a huge fan base, and not just in the UK. In 2015, he played almost until he dropped in leading GB to its first Davis Cup since Fred Perry’s pre-war era, then won a second Wimbledon title. Next, he sealed a unique tennis double with Olympic gold in Rio, and went on a barn-storming run of five straight titles, including another home milestone, the ATP Finals at London’s O2, to claim the No1 ranking.

Little wonder that his next title was ‘Lord’: He was knighted in the New Year Honours list of 2017 for services to tennis and charity. For make no mistake: Murray is a man committed to many charities, and an outspoken role model for many on equality.

However the Murray body was beginning to pay the price. Knees and back had troubled him for years, but it was increasingly his hip that impeded his physically demanding style of play, and he twice resorted to surgery. The second, 18 months ago, threatened to end his career.

Not a bit of it, though his most notable forays in 2019, again on grass, were the doubles title at Queen’s and a mixed doubles pairing with Serena Williams at Wimbledon: They reached the third round. But he had not played in the singles draw since 2017, as hip pain ate into his tennis schedule—until now.

The anticipation, then, was palpable: could he, would he actually win another match where he had lorded it for so many years? Ranked 118 and with just two wins from five matches this year, there was certainly no guarantee, especially drawn against the No24 seed Nikoloz Basilashvili, the champion in Doha and Munich this year.

On this first day of a very different Wimbledon—with a free-for-all ticket sale for the half-capacity grounds when the tournament was granted special status as a Government test event—the mood was effervescent even during the hours of rain delays.

And by the time Murray took to Centre Court, the roof was open to a trickle of sun and a few patches of blue: It could not have been planned better. It was as though a cork had been burst from a bottle of champagne as the crowd stood to roar their favourite son back to his home.

Of course, the fans wanted drama, but they also wanted a win. From the first point to the last, every point was cheered, with the mood more Davis Cup than Wimbledon.

And Murray revelled in it. He talked before the tournament of his passion for playing here:

He won the first set, 6-4, and appealed to the crowd for more noise: He got it. He won the second, 6-3, and was looking in great shape, deploying the range of shots at his disposal with his usual tactical smartness. Again, Centre Court was on its feet.

When he surged to a 5-0 lead in the third, it looked like a perfect conclusion, but perhaps it was nerves, perhaps it was a sudden blast of fatigue, perhaps it was simply that Basilashvili is a fine player who was not about to give up—whatever the reason, the Georgian broke back three times, won seven games in a row, took the hour-long set, 7-5.

Surely this was not about to become one of Murray’s famous five-set dramas? However much remained, lights were now needed and the roof was closed: a pause, then, for Murray to leave court and regroup.

An edgy exchange of breaks launched the fourth set before Murray applied the pressure again with improved serving, a better mix of backhands, and some testing drop shots, broke and consolidated for 3-1. This time, he did not look back, and sealed victory, 6-3, as the clock ticked towards 10pm.

Basilashvili, who had faced a wall of sound in Murray’s favour for the entire three and a half hours of the match, was generous in his response:

“It’s an unbelievable effort for him after surgery, after so many comebacks to come back and fight. He fights unbelievably, and I was expecting that. We all know how big a fighter he is on court. Yeah, I think it was well done to him.”

Could Murray explain what had happened in that third set:

“I think from the 5-2 game, I was a little bit nervous. Didn’t serve particularly well at those moments. I was having to play longer rallies. I then started making bad decisions, which again I think is a sign of lack of match play.

“And then, as it started to get closer to the end of that set I’m starting to feel a little bit of fatigue and then there’s doubt that creeps in because I have not been exposed to three, four hours of tennis for a very long time. So you have those doubts and stuff.”

As for the crowd support, he put it perfectly:

“I think people are just desperate to be out watching sports or going to whatever—people just want to go out and do stuff and have a good time. I think for everyone and me included, you realise from the last 18 months not to take moments like that for granted. You know, enjoy those things that we love doing.”

Murray will next face one of two qualifier, Oscar Otte or Arthur Rinderknech, who were at 9-9 in the fifth set when their match was suspended due to darkness.

So in his 51st Major, Murray has now notched up his 58th Wimbledon match-win, but is still looking ahead to more challenges, not least trying to win his third Olympic gold:

“My goal is to try and win a medal. Ideally a gold one… I have always enjoyed the Olympic experience. Yeah, my goal is to win a medal for my country. I’ll give my best effort to do that.”

As if anyone would ever doubt it.

· Heather Watson’s match against Kristie Ahn was moved to Court 1 on Monday night, and also finished under the roof after more than three hours, with Watson bowing out, 6-2, 6-7(3), 6-8.