Reflecting on a quiet interlude in 2016, this personal recollection revisits two champions’ journey to Court 14 this week 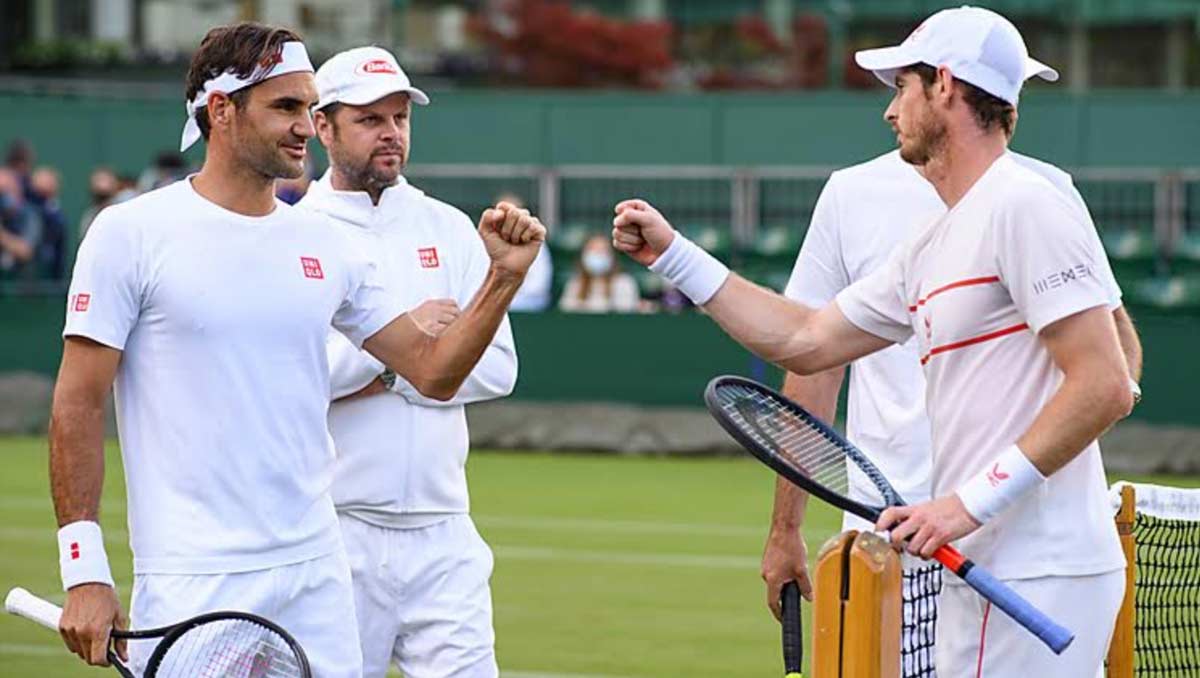 It seems like an eternity ago, yet it was just five years.

2016 marked my fifth year covering the tournament where I had once queued on Church Road in the vain hope of getting tickets. The most I saw of Bjorn Borg, courtesy of a ground pass, was from half-way up a flight of steps into Centre Court, and I was soon chivvied away.

Forty years later, now a tennis journalist, I had grown entirely familiar with Wimbledon, yet still, in 2016, it did not disappoint. On that concluding weekend, when the frantic days stuffed to the gills with matches had settled into a more predictable rhythm, there was time to simply sit back and admire anew the beauty of the place.

In the quiet hours before the place fills, when the nets rise from the grass in a wave across the grounds, when the water trickles across walkways from the dozens who tend the still-pristine flowerboxes, when the last remaining contenders emerge for a peaceful half-hour knock before they are overwhelmed by fans eager for a selfie, these are the memorable moments for those fortunate enough to work here.

It was the summer when Andy Murray won his second Wimbledon title and then his second Olympic gold, and went on to reach No1 at the end of the year. In contrast, that same summer saw Roger Federer arrive at Wimbledon following knee surgery and with niggling back problems. He made the semis, but he would afterwards pull out of the rest of the season and ultimately slip to his lowest ranking, 17, in 15 years.

Their fortunes would reverse through the following seasons. A deteriorating hip forced Murray into not one but two major surgeries, the latter with the warning that he may never play again. And he has made some forays back, but other injury setbacks, and then a positive Covid test this year, have examined both his resolve and his hopes of a return to his old form.

But while Murray was heading towards his surgery nightmare and a slide to the nether regions of the rankings, Federer was bouncing back from his own surgery. By the end of 2017, he was Australian and Wimbledon champion, picked up three Masters titles, and was about to reclaim the No1 ranking.

So much for the 35-year-old Federer being on borrowed time—as many believed in 2016. In fairness, it appears that he was thinking along similar lines, as he revealed in his 2021 pre-tournament press conference:

“Truthfully, I don’t think my goal was to play till 39 or 40 or more. It was maybe more like 35, which was already a high number at the time… No, the goal was not to play until 40. This all mainly came the last years. I never thought also with the last surgeries I’ve had I would still be going.”

And he is still going, though the knees objected again after his semi-final run at the Australian Open last year. This time, he had two surgeries and withdrew from competition for more than a year.

Fast forward, then, through the five intervening years since that quiet morning in 2016, to the same place and another peaceful scene—this time at the end of day.

The tournament has yet to begin, but Wimbledon has already been a hive of activity. The ground staff mow, and trim, and lay down white lines. They put up nets and take them down to preserve the grass during this week of practising feet.

They spend hours testing their speed at covering the turf in the event of rain—over and over again. Because everything at Wimbledon is as close to perfect as human effort can achieve.

Take a look at the flowers—abundant swathes of purples, whites, and greens across the entire grounds, though these days interspersed with ‘one-way’ signs and sanitizer stations.

Take a look at the brass and the wood and the glass: all polished to within an inch of its life. The players themselves complete the picture, conforming to the all-white tradition that sets off the backdrop to perfection.

But at around six on a warm, Friday evening, the pace has slowed and the numbers thinned when court No14 felt the tread of two of Wimbledon’s favourite sons: Federer and Murray. Silently, the three rows of seats along the court’s edges began to fill: a few ground staff, and half a dozen journalists and tournament staff. It was a select band to witness a select coming together for the first time since well before 2016.

In fact, their paths did cross briefly in 2017: Murray went to Zurich in the spring to play a charity match for the Roger Federer Foundation, and the Swiss returned the favour in November to play an exhibition in Glasgow. And what stood out from the charitable trade was just how far they had come in their mutual appreciation.

If there is a better way in a better place in better company to end a Friday’s work-day, I’ll take a lot of persuading ⁦@Wimbledon⁩ ⁦@andy_murray⁩ ⁦@rogerfederer⁩ #formerchampions pic.twitter.com/1uZEei0sOl

That is not to say that the two did not have the healthiest respect for each other on a tennis court, but they otherwise seemed as chalk and cheese in those early meetings.

After all, Murray was still a teenager when they played for the Bangkok title, and he had made the third round of Wimbledon months before. He would go on to win 11 of their 25 matches, and deny Federer the elusive singles gold at the Olympics. In return, Federer reduced him to tears after the Briton failed to win his first Wimbledon title in 2012.

But in Glasgow in particular, as both joined in Judy Murray’s fun and games with new recruits to tennis, there was a real warmth between the old rivals.

Now, of course, the two former champions have more in common than ever. They have both returned to their favourite tournament on their favourite surface, hoping for the best, but uncertain how their bodies will serve them after a bumpy couple of years. For time takes no prisoners, even for the apparently age-defying Swiss body.

They had, they agreed, not even practised together for a long time, so there was fat to chew. Both now fathers of four, they wanted to know where their families were and how they were doing. And this being Britain, Federer wanted the low-down on how the weather had been, what the forecast was for the coming days—and for the following week. Optimistic, then, about still being here in the latter stages of the draw.

As it was, the sky was that deepening blue of early evening, with dramatic towers of white clouds, in a scene made perfect by Court 1 rising behind one baseline and Centre Court behind the other—and a skylark perched on its highest point, singing its approval.

They warmed up, then played points and games. There was the occasional shank—“I’ve been practising that one”, says Federer—but increasingly they played some strong rallies from the baseline and sliced forays to the net. A court-level seat shows off just how low is the ball’s trajectory over the net, and how quiet the footwork after the patter and slide of tennis on clay.

It was head-down serious, too, until they sat at the change of ends, and the banter between the four-man teams got going. Of course, Euro 2020 was on the agenda—amid considerable mirth.

After an hour, they are done, they bumped fists, thanked each and every man on the court, and ambled off, undisturbed, down St Mary’s Walk to the locker rooms.

But they afterwards reflected on the pleasure of the occasion:

Federer of Murray: “It was very nice sharing the court again with Andy. We were trying to think when the last time was when we shared a practice court together. I thought it was the Australian Open in ’05 or something. He thought it was maybe Rome in ’06. We didn’t do it for a long time. I thought he looked good. To be honest, you can see how comfortable he is on the grass… It was great spending time on the court again with Andy. It’s nice to see him out there.”

Murray on Federer: “Getting to play with Roger was really cool for me. They’re the sort of things that probably six, seven years ago I wouldn’t have given any thought to it. I would have seen that as just being a practice session pre-Major with a top player, and focusing on myself. I think that’s something I’m probably appreciating more… When I take a step back from that, as a tennis fan, getting to play with Roger Federer two days before Wimbledon, it’s really great. I haven’t had the opportunity to do that sort of stuff much over the last few years. I enjoyed that.”

Perhaps these are some of their favourite times in the tournament, too—unless, that is, they make it to the similarly peaceful final days.

It is certainly a special time of the tournament for me—another chance to “sit back and admire anew the beauty of the place”, and all the better for being in the company of two players who have made my decade at Wimbledon such a memorable place.

Footnote: There may be more serendipitous Court-14 moments in the coming fortnight, but my Wimbledon path will then diverge from theirs. I count my blessings that I got another bite of the cherry—another bowl of strawberries—after my own set-back right here, exactly two years ago. It was a reminder that life, like tennis careers, does not last forever: There are, it transpires, other things to do, and more places to be…