Crafty Frenchman has to retire after fall, swiftly followed by dramatic injury exit by Serena Williams 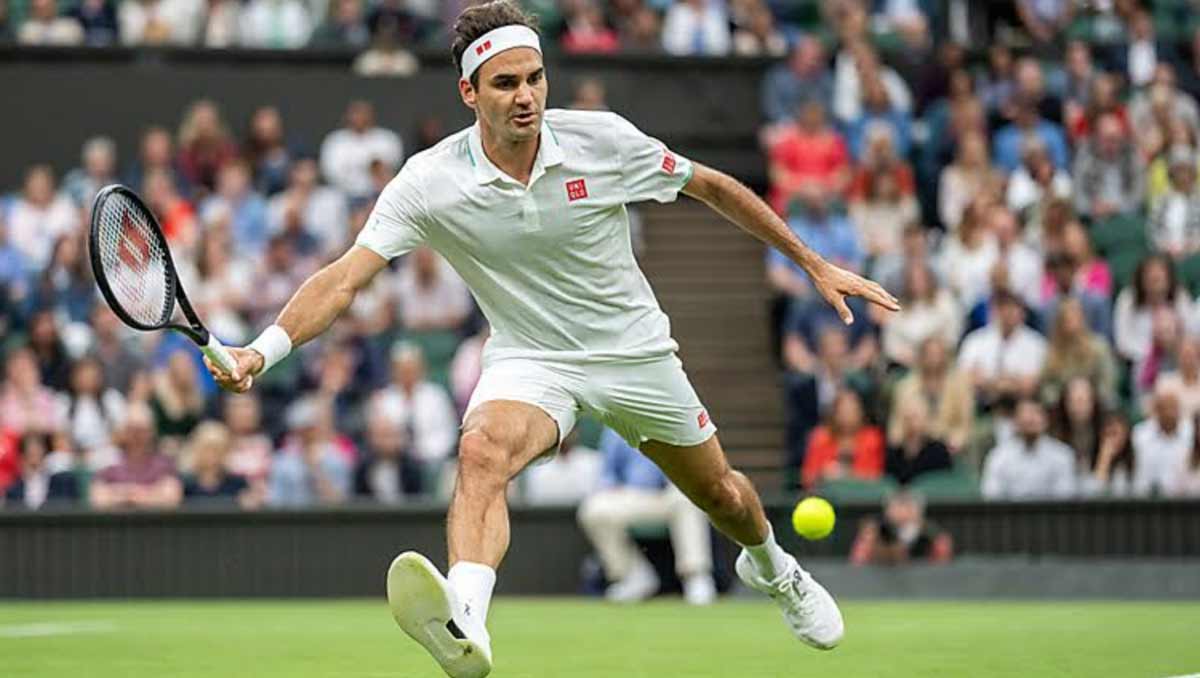 It was always going to be a tricky opening match for the eight-time champion Roger Federer.

The Swiss did not have as many matches under his belt as he had hoped: double knee surgery last year put the Swiss out of competition for longer than the veteran had expected, and he posted a disappointing loss in the second round in Halle 10 days ago, on a court where he was 10-time and defending champion.

That, combined with the nerves and ambition associated with very publicly making Wimbledon the primary focus of his comeback plans, did not make for ideal preparation, especially against a player like Adrian Mannarino.

The left-handed Frenchman has an unconventional game that thrives on grass more than any other surface. The turf rewards the low slice and angles, the change of pace, the drops, and the swinging serves—rather as it has always done for Federer.

The Swiss knew this all too well, and had beaten Mannarino in all their previous matches, but under the roof, and with damp, humid conditions, the Frenchman’s particular set of skills seemed to work even better. He had, too, not missed the seedings by much: The No32 seed Marin Cilic is ranked only four places above him. He was also here fresh from a semi run in Mallorca, and was clearly well into a groove.

Federer was tentative in the opening points, and went 0-40 down in the first game, courtesy of a double fault and two blistering winners from his opponent. But he hit back, held and worked break points in return. Mannarino held, but now Federer hit his serving rhythm, and reeled off a string of love holds.

Against the pounding noise of rain on roof, Federer resisted the attack to his backhand in the 10th game, and fired a cross-court backhand pass to break for the set, 6-4.

The crowd loved it, and stood to cheer, but their celebrations would prove premature. Mannarino was settling into a great rhythm from the baseline, firing flat and accurate shots to the corners and down the lines. His backhand slice in particular was a match for all the slice coming from the Swiss, but he seemed to be on the ball a little faster than Federer. Come the tie-break, and that movement off the ball proved critical, as the Swiss made a string of errors to go 6-1 down. He pulled back two service points but the set was done, 7-6(3) in the Frenchman’s favour.

Mannarino broke first in the third, only to be broken straight back. But he broke again, to love for a 4-2 lead, and as the match went beyond two hours, served it out, 6-4.

Centre Court fell unnaturally quiet, but the fans were soon on their feet and roaring again as Federer saved a break point in the first game of the fourth, and that seemed to unlock his game. The winners began to flow and his serve to hit its marks; he went 3-0 up.

With the momentum on his side, though, it would be an accident rather than his tennis that intervened to decide the match. Mannarino slipped, twisted his knee, and there was a hushed delay during which no-one seemed to come to the Frenchman’s aid.

Players are not meant to go round the net except at the change of ends, but it was Federer who marched to Mannarino’s baseline and ushered the umpire forward to help before a medic finally arrived.

However, any treatment proved pointless: the Frenchman struggled to move, though he valiantly continued long enough for Federer to serve out the set, 6-2.

There must have been stage after that third set when Mannarino anticipated the perfect birthday present—he turned 33 on the same day—and while Federer had turned on a switch at the start of the fourth, the oldest man in the draw also knew it had been a close shave:

“It’s awful. It shows that one shot can change the outcome of a match, a season, a career. I wish him all the best and I hope he recovers quickly so we see him back on the courts. He could have won the match at the end. Obviously, he was the better player, so I definitely got a bit lucky.

“You don’t get many walkovers throughout a career and you try also not to have it happen to yourself. It’s a reminder how quickly it goes.”

Of course for Federer, it has not gone quickly. The man who turns 40 in little more than a month’s time is playing his 22nd Wimbledon, a record 81st Major, and this was his 102nd win in SW19. If he is to win a 103rd, he will have to beat 35-year-old Richard Gasquet in their 21st meeting.

But fellow 39-year-old former champion Serena Williams will not feature in the second round as she too slipped on the grass, injuring an already heavily strapped thigh. She was forced to retire against Aliaksandra Sasnovich at 3-3 in the first set, and left the court in tears.

The drama happened during Federer’s press conference, and the shock in his face said it all:

“This is obviously terrible that it’s back-to-back matches and it hits Serena as well. Oh, my God, I can’t believe it.”

“I was heartbroken to have to withdraw today after injuring my right leg. My love and gratitude are with the fans and the team who make being on Centre Court so meaningful. Feeling the extraordinary warmth and support of the crowd today when I walked on—and off —the court meant the world to me.”

Centre Court gave a standing ovation as she left with a wave, perhaps fearing that this will be her last visit. And to understand the significance of that, Williams has won seven times, reached the final in her last four appearances here, winning two of them, and is just two short of 100 Wimbledon match-wins.

The bigger question, though, as it has been since she won her 23rd Major in 2017, is whether time is running out for her to equal the all-time record 24 held by Margaret Court.

We can only wait and hope.