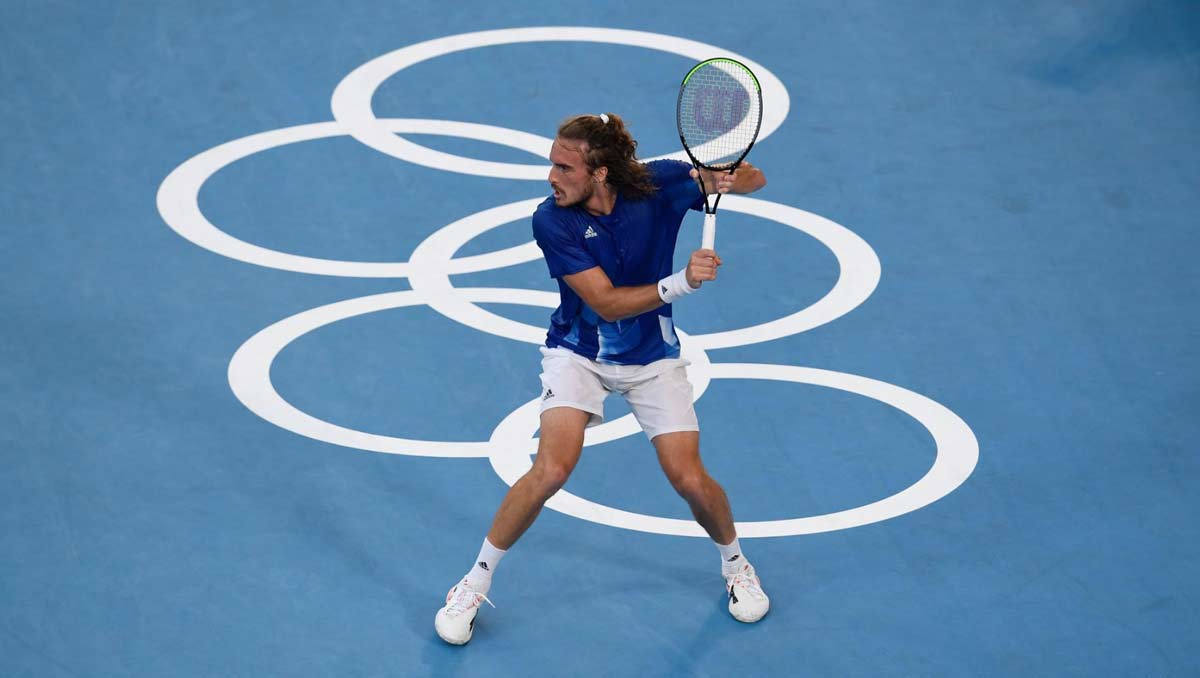 Perhaps it was written in the stars in Tokyo, but world No2 Naomi Osaka, the flame bearer and face of these Olympic Games, made a stunning opening appearance at her home Games with a win over the tricky Saisai Zheng, 6-1, 6-4.

She will next play Viktorija Golubic, and in the knowledge that two of the other three seeds in her quarter lost their opening matches, No16 seed Kiki Bertens and No12 seed Elise Mertens.

Osaka said: “I felt really nervous being in Japan, and playing here for the first time in maybe two years, and for it to be my first Olympics. It was definitely really nerve-wracking, but I am glad I was able to win.”

It does not mean, either, that the reigning Australian and US Open champion, who pulled out of both the French Open and Wimbledon, has a clear path to the medal stages. She could meet Iga Swiatek in the quarters, with the next two highest seeds in this half, Elina Svitolina and Karolina Pliskova, also moving on.

No4 seed Svitolina beat Laura Siegemund 6-3, 5-7, 6-4, in a match that lasted over three hours in sweltering conditions and saw the Extreme Weather Policy come into play.

However, Wimbledon runner-up, No5 seed Pliskova beat Alize Cornet in little more than an hour, 6-1, 6-3, and will next play Carla Suarez Navarro after the Spaniard scored an emotional win over the in-form 23-ranked Ons Jabeur, 6-4 6-1, to score her first singles victory since recovering from cancer.

Suarez Navarro was diagnosed with Hodgkin lymphoma shortly before last year’s US Open, and had played only two matches this season, at Roland Garros and Wimbledon. In both cases, she lost in three compelling sets to former Major champions: Sloane Stephens in Paris, and world No1 Ashleigh Barty, the eventual Wimbledon champion.

The 32-year-old Spaniard will retire later this year, so her many fans will hope for more success in Tokyo. And while she is not favoured to beat Pliskova in singles, she is paired with Garbine Muguruza in doubles, and the pair won their opening match to set a battle with Swiss duo Belinda Bencic and Golubic.

And it was another Spanish woman who caused the biggest upset of the women’s draw so far. World No48 Sara Sorribes Tormo beat top seed Barty, 6-4, 6-3, in an error-packed performance. However, the 25-year-old Australian and winner of a WTA-high 35 matches and four titles this season, still has a chance of a medal in doubles with Storm Sanders.

There were thrills and disappointments in the men’s draw, too, beginning with an outstanding result for the home country in the shape of unseeded Kei Nishikori. The Japanese star had elbow surgery in 2019, and struggled to regain any form in 2020, but began to show signs of his former top-four form through 2021.

And here, the 2016 Bronze medallist Nishikori beat No5 seed Andrey Rublev 6-3, 6-4, his first top-10 win since the end of 2018. He will next play Marcos Giron, in a quarter that also lost No10 seed Gael Monfils, leaving No1 Novak Djokovic and No16 Alejandro Davidovich Fokina as the only seeds in the quarter.

The biggest story, though, unfolded in the bottom half, after two-time defending champion Andy Murray pulled out with a thigh strain to focus on doubles. His place was taken by world No190 Max Purcell, who had already picked up a place in the doubles draw after his compatriot Alex de Minaur was forced out due to Covid infection.

Purcell faced a huge barrier in singles, in the shape of No9 seed Felix-Auger Aliassime, but beat him 6-4, 7-6(2), in under two hours.

There was celebration too for No3 seed Stefanos Tsitsipas, in a thrilling single-handed battle between the 22-year-old Greek and veteran Philipp Kohlschreiber. Tsitsipas, making his Olympic debut, beat the German from a break down in the third set, 6-3, 3-6, 6-3, and will now play Frances Tiafoe, but is already the first Greek man to win an Olympic singles match since Paris 1924. He is also joined in the second round by fellow Greek, Maria Sakkari.