Manic Monday halted by rain, forcing world No2 Medvedev back for Tuesday finish 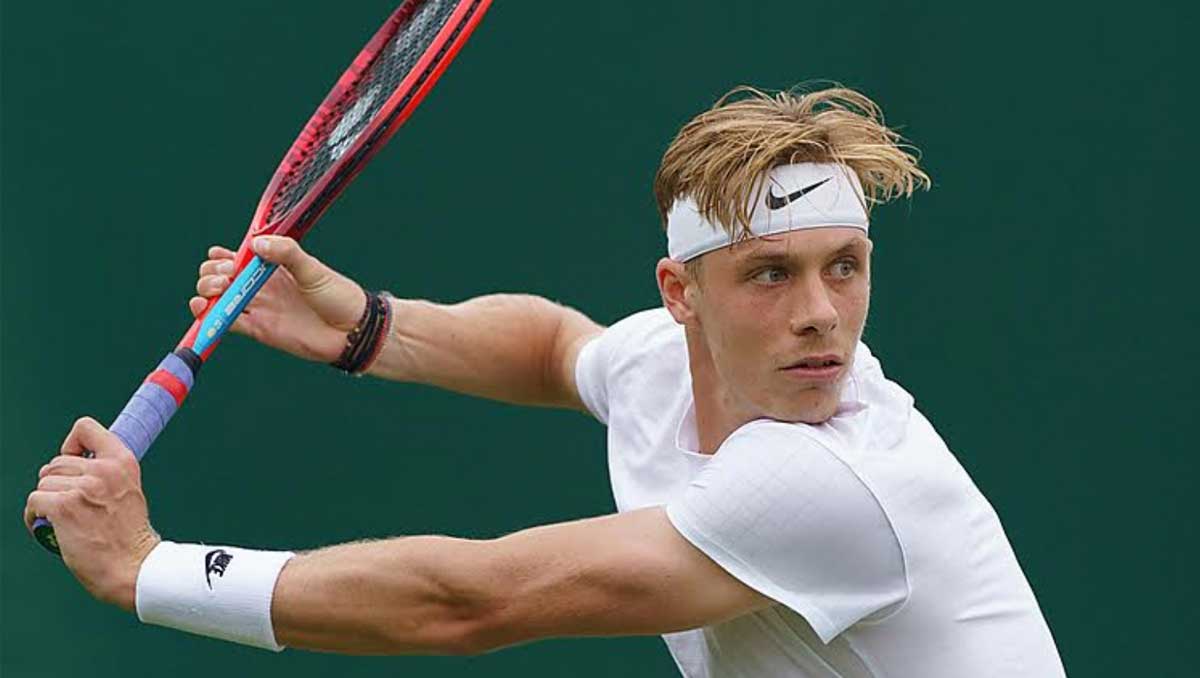 Sixteen men, ranging in age from the oldest in the draw, the almost-40 Roger Federer, to the youngest survivors, the 20-year-olds Sebastian Korda and Felix Auger Aliassime, contested a place in the quarter-finals on this frantic, fast-paced Monday, but only three of them had ever got beyond this stage at Wimbledon.

And they happened to be the three men who were in their 30s.

Federer of course had won the title eight times, and had more records here than you could shake a stick at. He was now aiming for his 18th quarter-final, the oldest man to do so in the Open era.

Playing the tournament for the 22nd time, he had not arrived with the best preparation, as his return to form and fitness following knee surgeries last year was longer and harder than expected. Had his timing for Wimbledon been spot on, as he had said was his aim since his first appearance early this season in Doha? For since escaping a tricky opener, he had looked better and fitter with each match.

His latest test, however, would be his biggest yet, against No23 seed Lorenzo Sonego, who had risen to a career high following his best season: title in Cagliari, semis at the Rome Masters, and the final on the grass of Eastbourne.

Sonego had never won a match at Wimbledon until this week, while Federer had now won 104. But how would the legs of the mighty Swiss handle his fourth match in a row? It would the first time he done so since he reached the semis of the Australian Open way back before last year’s pandemic shut-down and his knee surgery.

Next in age was the top seed and world No1 Novak Djokovic, who was targeting plenty more records to add to a slew that he already owned.

More weeks at No1 than any other man, all the Masters titles won not just once but twice, and with his second French Open title last month, the owner of that most rare achievement, two career Slams.

Djokovic did not drop serve on his way to a 12th Wimbledon quarter-final, beating No17 seed Cristian Garin, 6-2, 6-4, 6-2. With this 76th match-win here, he has now reached the quarter-finals or better on 10 of his last 11 Wimbledon appearances.

The third man, 33-year-old Robert Bautista Agut, was the one other man in the Manic line-up who had reached the Wimbledon semis, in 2019, and he was a fit and resilient as the come. But he played No10 seed Denis Shapovalov, who at the age of 22 had long been talked of as a man for great things.

The Canadian with the athletic, expressive style of tennis was one of three former Wimbledon junior boys’ champions into the fourth round, with Federer (1998) and Fucsovics (2010). The Canadian won in 2016, and until this week, had won just one match in the senior draw. But anyone who saw his blistering tennis to put out Andy Murray in the third round would be in no doubt that it was just a matter of time until he made a deep run in the seniors here too.

Later, Shapovalov’s younger compatriot Auger-Aliassime took on another man who had long been tipped to be a Major contender, and Alexander Zverev, the No4 seed, had proved his credentials with four Masters titles, the ATP Finals title, the final at the US Open last autumn, as well as the semis in both the French and Australian Opens.

But although he had not dropped a set to Auger-Aliassime in their three matches, this would become a marathon, already into a fifth set and beyond three hours 20 minutes when suspended for rain. Finally, after just over four hours, it was Auger-Aliassime who came through 6-4, 7-6(6), 3-6, 3-6, 6-4, into his first ever Major quarter-final.

He will next play No7 seed Matteo Berrettini, who continued his quiet and impressive grass run of nine matches, after the Queen’s champion beat Ilya Ivashka, 6-4, 6-3, 6-1.

And what of Federer, on what had become a cold late afternoon with no sun and a brisk wind? It took a few games for the Swiss to get his eye in on the big Sonego serve, but he nearly got a break in the fifth game—three chances, multiple deuces. The Italian held on, but a love Federer hold preluded a break for 4-3, with the Swiss mixing up spin, direction, and picking off overheads off in the tricky conditions.

All he had to do was serve it out, but he played perhaps his worst game of the tournament, a blaze of poor serves into the blustery wind, and a couple of poor overheads, and Sonego had broken back to love.

The drama was just beginning, in a marathon game of almost a quarter of an hour, 19 points and counting, as Federer worked four break points—only for the match to halt on break point as the rain fell.

On their return, a hapless Sonego double faulted: Federer would attempt to serve it out again, but again went two break points down. This time, he serve-and-volleyed, attacked, saved the game and set, 7-5.

Federer broke with a couple of ripping forehands in the fifth game of the second set, while Sonego called on the crowd for more support to his cause. But it was to no avail: Federer served it out, 6-4.

An immediate break, followed by a love hold, in the third, and Federer was on his way. He broke again, and served out the win, 6-2, in what had not been a seamless match but still a resourceful one.

Who Federer would play in his 18th Wimbledon quarter-final remained uncertain: the biggest victim of the rain on this Manic Monday was Daniil Medvedev, whose match on Court 2 was halted midway through the fourth set, with the No2 seed leading Hubert Hurkacz two sets to one.