Norrie one of three British men in Round 3 for first time since 1999; Medvedev, Zverev, Berrettini sail on 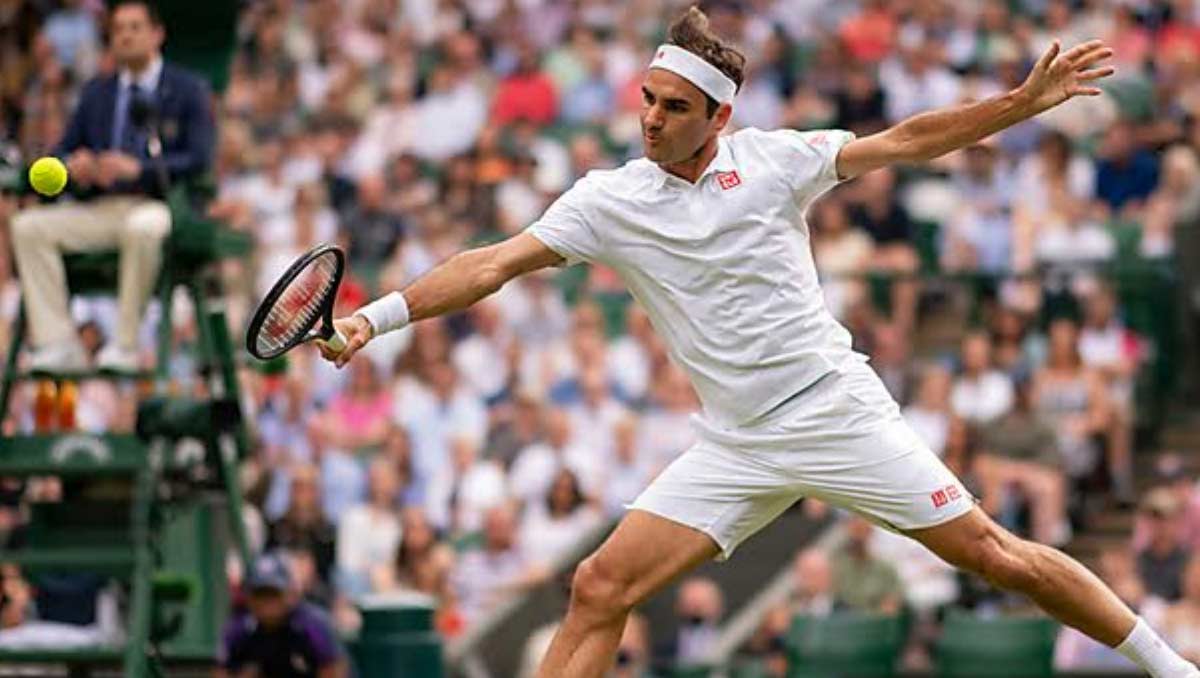 They had met one another many, many times, dating way back to 2005 when a teenage Richard Gasquet, all flair and single-handed backhand, announced his arrival with a two-hour 20-minute victory over the then No1, Roger Federer, in the Monte-Carlo Masters.

The Frenchman would have to wait several years to get another win over the Swiss, and again it was on clay, in Rome 2011—in exactly the same length of match and again in a final-set tie-breaker.

Twenty meetings in, and Gasquet is still waiting for another win, and that despite a glittering career that has brought 15 titles from 31 finals, two Major semi-finals, and three Masters finals. One of those Major semis was here at Wimbledon in 2015, and he had won three titles on grass—including his most recent in 2018.

The stylish Frenchman was currently ranked 56, after suffering the latest in career-long ups and downs due to injuries, especially his back. He had groin surgery just two years ago, and had not been without problems this season.

However, while there have been precious few wins in the Gasquet locker since the end of the pandemic lockdown last August, he had still got more matches under his belt than Federer, whose return to competition after two knee surgeries last year had taken longer than he had hoped. This season, he had managed eight matches, just five wins, before scoring his sixth in his old stronghold, Wimbledon’s centre court.

And that was not a comfortable affair, either, against another Frenchman, a leftie with unconventional and undermining shot-making: Adrian Mannarino was two sets to one up as Federer began to find better form in the fourth. The Swiss, though, would not be tested in a fifth after Mannarino slipped and twisted his knee. Federer conceded that: “Obviously, he was the better player, so I definitely got a bit lucky.”

This time, the roof would be open, the grass perhaps a little drier and livelier: Could Federer build up some valuable match-play against this old adversary?

It was, it should be said, a delight for fans of the single-handed backhand, though initially the Federer version was all over the place, often in the net, sometimes shanked. Meanwhile the oil-painting Gasquet swing was making hay.

The first few games produced break chances on both sides, none of them converted, but it took them almost 10 minutes to reach 1-1. There was certainly not too much flow from the Swiss, but he held his nerve to a tie-break, and then unleashed some of his best shots of the set, including his signature forehand for 5-1, Gasquet double faulted on set point, 7-6(1).

That tie-break familiarity seemed to release Federer in the second set, and after facing down a break point in the first game, he flew through the games with backhand and forehand winners, even a second serve-and-volley winner.

Not that Gasquet was slow in adding to the crowd-pleasing mix: a backhand bullet of a down-the-line pass had the fans on their feet. It would not stem the tide, though. One break was followed by another, with Federer throwing in a love hold of his own for 5-0.

Gasquet got on the board, then worked a break-back chance, only for Federer to produce a perfect drop shot and then an ace: 6-1.

The start of the third brought some quick-fire rallies, both trying to take the initiative. There was a groan when Federer slipped over as he tried to rush the net, but he recovered, earned a break point, and a cracking return of serve did the damage. A love hold and it was 5-3, and the Swiss almost closed it out in the next game, but Gasquet continued to produce some impressive backhand strikes from the baseline, and battled to a hold for an ovation from the crowd.

It was just a matter of time, though: Federer served it out, 6-4, for a chance to celebrate a win after the awkward conclusion to his first match. The statistics were impressive: 50 winners, eight serve-and-volley winners, 16 more won at the net.

And he had clearly enjoyed it:

“I know Richard really well, we’ve played so many times against each other. It’s always a pleasure playing against him—he’s got the most wonderful backhand and after he ripped that down the line, I thought maybe if I could just do something similar I would be happy.

“But it was a wonderful match, I’m happy with my performance… I’m in the third round, I’m really happy with my level right now. Today was special and I’m very happy with that. It’s been a difficult year and a half in many ways for me with the knee surgery and rehab and everything—the initial goal was to come back for Wimbledon last year and that was never going to happen. This year it’s nice that I’ve made it.”

He will be back for a highly-anticipated match against one of men here who may give him for a run for his money in the support stakes: Cam Norrie.

The Briton is seeded at Wimbledon for the first time, No29, after an impressive run to the final of Queen’s a fortnight ago. That was Norrie’s fourth career final, after he won Lyon and Estoril this spring.

The leftie Briton put on an outstanding display to beat Lucas Pouille across two days here, and then ripped past wild card Alex Bolt, despite losing the first three games, to reach the third round, 6-3, 6-1, 6-2.

His win achieved something of milestone, too. For the first time since 1999, there were three British men in the third round of Wimbledon. Andy Murray’s epic five-set win last night followed a victory by Dan Evans, and now Norrie made it three.

“It’s great that there’s three of us there. We have some younger ones, some very good talent coming through, as well. It’s just cool for all of us to have Andy still around playing and chatting to him, hearing his insights. Obviously, he speaks about the game at such a high, high level, so in-depth. It’s nice to see the way he approaches matches and situations and practices, seeing how he and his team work. I think it’s great for the future generations.”

And of facing Federer?

“Just to share the court with him… I mean, he’s such a legend of the game. Like I said before, he’s still playing some really good tennis, very sharp out there. It’s going to be a tough one.”

This is a tough quarter overall in a difficult bottom half of the draw, and while some of the fancied names, such as Casper Ruud, Ugo Humbert and Aslan Karatev, had fallen, the big boys were still in the game.

In Federer’s quarter, Daniil Medvedev had to play one of the brightest young men to emerge this year, teenage Carlos Alcaraz, but the two-time Major finalist, who owns three Masters titles and is reigning ATP Finals champion, cruised through, 6-4, 6-1, 6-2, in barely an hour and a half.

In the other quarter, No4 seed Alexander Zverev had reached at least the semis of all the Majors except Wimbledon, but he took another stride towards that target here with his second win this week, beating Tennys Sandgren, 7-5, 6-2, 6-3. He will now play No31 seed Taylor Fritz.

In the same quarter, No7 seed Matteo Berrettini, the Queen’s champion, advanced to a third-round meeting with Aljaz Bedene, while unseeded Nick Kyrgios kept up his storming tennis with another win following his five-set blockbuster against Ugo Humbert. This time he did it in straights.

In the top half of the draw, matches left unplayed due to rain delays concluded with losses for No13 seed Gael Monfils to Pedro Martinez but a win for Chilean No17 seed Cristian Garin: these two will play one another in the third round.