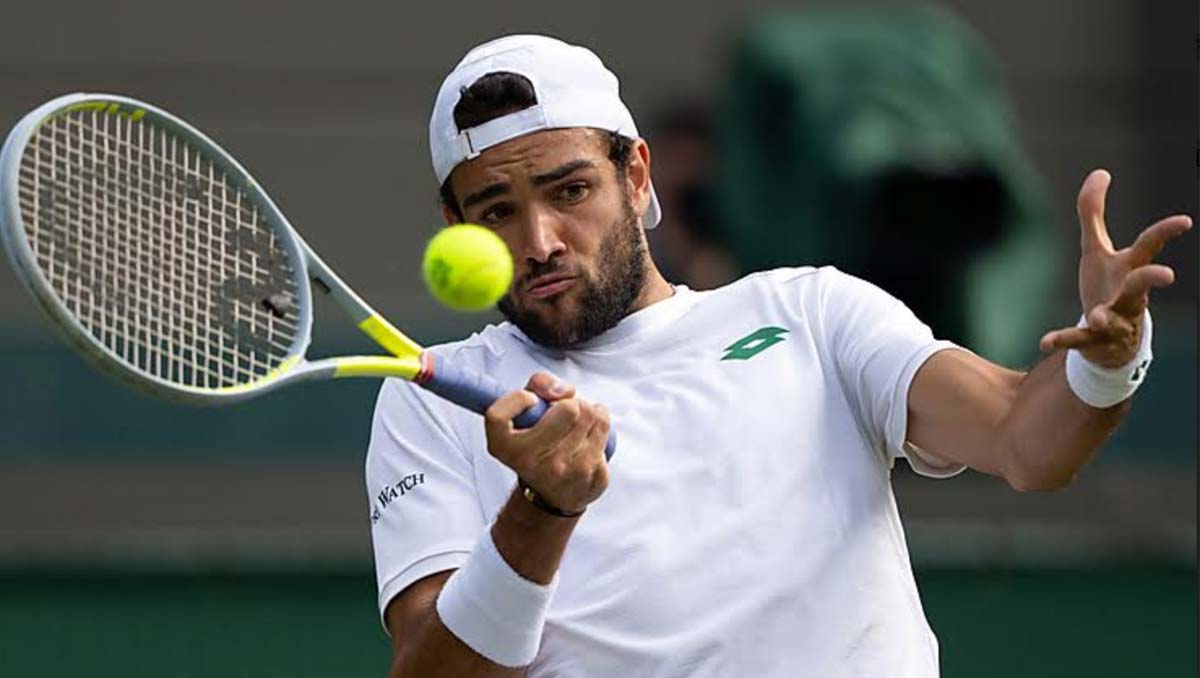 It was predictable and it was unexpected, the semi-final line-up in the men’s Wimbledon draw.

It was eminently predictable that the world No1 Novak Djokovic would be here come the final days. He was already a near-immovable force during the pandemic-interrupted 2020, unbeaten through 26 matches until his default at the US Open, and then for another run of 11 matches. He was No1 from February until now, breaking the Roger Federer record for weeks at the top, and had added a second ‘golden Masters’ with his win in Cincinnati—no-one else had even completed one set of Masters.

This year, the rampant form continued through both Majors played so far, thus achieving another huge milestone that has eluded Federer and Rafael Nadal: two complete sets of Majors. And there were many who believed he would, by the end of 2021, become the first since Rod Laver to achieve the calendar Grand Slam too.

Little wonder, then, that he was hot favourite not just to reach the semis at Wimbledon but to win the title.

That the draw opened up along the way to put forward just one seed, No17 Cristian Garin, certainly did his cause no harm, and now he played the young, charismatic Canadian, Denis Shapovalov, who he had beaten in all six previous matches.

For the 22-year-old Canadian, seeded 10, the journey was proving more unexpected. There had never been any doubting the talent, the energy, the determination of Shapovalov. He was a former Wimbledon junior champion in 2016, he beat Nadal in Montreal, as an 18-year-old, to become the youngest ever Masters semi-finalist, and was a Masters finalist in Paris at the age of 20.

He made his first Major quarter-final in New York last September, but until this month, he had won just one match in the senior draw at Wimbledon.

Now, though, it all seemed to be coming together—not least the patience and confidence needed to string together win after win. He made his first grass semi at Queen’s, and then played some blistering tennis to put out Andy Murray here in the third round. Against the super-fit Roberto Bautista Agut, he crushed 52 winners, thumped down a 131mph serve, and made 23 points at the net, winning in straight sets. He then showed great mental resolve to come back from two sets to one down against Karen Khachanov in a splendid quarter-final.

But it would be another step up to beat five-time champion Djokovic [Part 2].

In the other semi-final, it was a rather similar picture. No7 seed Matteo Berrettini had put himself in the frame as one of the favourites here after his impressive run to the title at Queen’s, and the big, athletic Italian had all the weapons to make an impression on grass. But he had also shown his mettle at the Majors on other surfaces: semis at the US Open, and quarters at the French.

He had qualified for his first ATP Finals in 2019—and he did, incidentally, win the grass title in Stuttgart that year—and reached his first Masters final this spring in Madrid, as well as the final of the ATP Cup.

But a look at his statistics on Wimbledon’s grass this fortnight told their own story: 79 aces, a fastest serve of 139mph, 194 winners, 82 points won at the net, and he had dropped just one set, to Felix Auger-Aliassime.

That his fellow semi-finalist would be the No14 seed, Hubert Hurkacz was perhaps more of a surprise, given that the quietly-spoken Pole came through the quarter headed by Federer and No2 seed Daniil Medvedev.

Yet the tall 24-year-old had spent less time on court getting to his first Major semi-final than the other three men, and that despite his five-setter against Medvedev.

He blasted through a below-par Federer—never mind that the Swiss was his idol—and was playing the kind of old-school, forward-moving tennis that seemed like a Wimbledon throw-back, until now. Never mind Berrettini’s attacking stats: Hurkacz had accumulated 192 winners in under 10 hours on court, had come to the net more than 200 times, and won three-quarters of the points there, and even serve-and-volleyed 24 times.

The 24-year-old did not begin his journey at Majors until he was 21, but by 22 he had his first title, and hurtled up the ranks with his biggest win to date this year at the Miami Masters—his second 2021 title.

Certainly there was flat patch after that with five first-round exits—the kind of dip that many players have experienced during the difficult Covid ‘bubble’ months. However, he had got his grass game working with a doubles final run in Halle, and he took to Wimbledon’s grass like a duck to water. Yet he had retained a serene demeanour throughout, almost as though living in a dream-world where his success was being achieved by somebody else.

In Berrettini, he faced a more extrovert, expressive player, but based on his tennis thus far, the Pole could still become the surprise finalist of the four.

It began as a serving masterclass, four love holds in the first five games, and in the other, Hurkacz recovered from 0-40 with a couple of spectacular overhead winners. But little by little, Berrettini got the upper hand, serving superbly—already over 130mph—and slicing and dropping like an old hand.

Hurkacz had a good chance in the sixth game, earning a break point with a great volley, but the Italian served his way out of trouble, and then showed his all-court prowess in some spectacular front-of-court exchanges, and broke. He broke again for the set, 6-3, with his pace and accuracy drawing errors from the Pole.

The pattern continued in the second, as Berrettini broke to love for 2-0, then broke again. He faced just one break point himself in the set, and aced, then broke again for the set, 6-0. He seemed to have the edge throughout the third too, working deuce in successive games, but was digging in, and took it to a tie-break. Once there, he found some crowd-pleasing shots, especially around the net, to take it, 7-6(3).

Berrettini had made 19 winners, just seven errors in the set, but could not string the points together to get the job finished. However, he regrouped admirably, broke in the first game of the fourth set, and served like a demon to seal his final spot, 6-4, after two and a half hours.

Hurkacz rightly got a standing ovation as he left court, but Berrettini had Centre Court eating out of his hand. He is a charming interviewee, and with his family watching for the first time, he was hugely emotional:

“I have no words really, just thanks, and I think I need a couple of hours to understand what happened… I think I never dreamed about this because it was too much.”

And talking about how he felt when he walked on court, having done the same against Federer two years ago, he smiled:

“Relaxed is not the right word. Two years ago same court against Roger. He’s just a great legend even if I lost. That experience helped me today… Now, I don’t know: let’s see. So far, it’s the best tennis day in my life—I feel kind of chills but I have to believe it.”

It brought the Italian several milestones: not just his first Major final, but the first Italian, man or woman, to ever reach the Wimbledon final. And he will rise above Federer in the ranks next week, too.

He admitted he would not be able to escape the score of the second semi-final, so he would probably watch. Djokovic and Shapovalov were about begin their own fight.