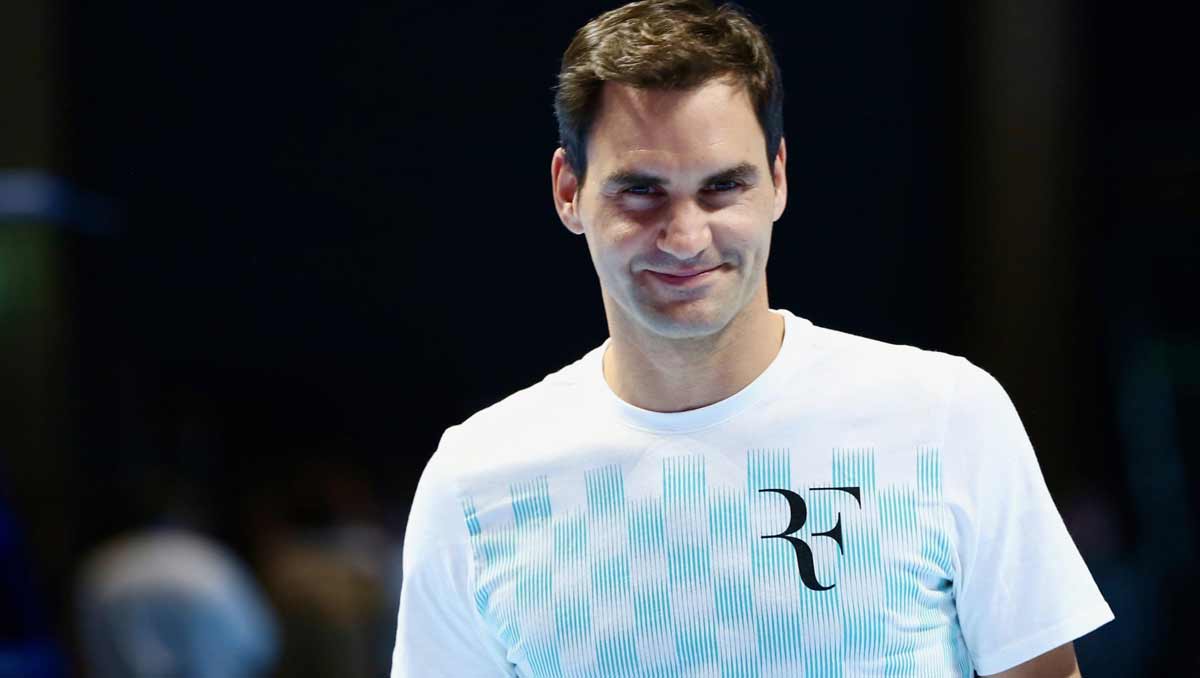 It so happened that I was about to edit the last chapter of a memoir I had finally got round to writing courtesy of the most unforeseeable circumstances: a global pandemic.

It needed heavy revision after the tennis calendar picked itself up late in 2020, so there I was, mulling over the right title for my final chapter.

I considered the prosaic “2020 and beyond—where do we go from here?”

In more ‘glass half empty’ moments, I drew on my T S Eliot-reading youth and contemplated “Not with a bang but a whimper.”

And as I pondered my words, social media lit up with news of one of the key players to feature in these pages, Roger Federer. For last week marked the 40th birthday of the Swiss who had accompanied me through much of my tennis journey.

What a time, after all, to cover this golden era in men’s tennis? An era that watched three contrasting players reach 20 Major titles in as many years. An era that saw Andy Murray taken to this nation’s sceptical heart with such fervour as, one by one, he garnered Wimbledon, Olympic gold, and world No1. A digital era that opened the door to my late-career switch to journalism.

A 40th birthday for any professional athlete is big news, and in tennis in particular, there have been few elite men even to have played to their mid-30s. So for years, Federer has staved off questions about when he might retire. As far back as the 2012 Olympics, when he was beaten to singles gold by Murray, the prospect was being raised, and batted away.

Even before that silver run in London, he was quoted in Sports Illustrated thus:

In the event, his body decided otherwise: knee surgery at the start of 2016 saw him abandon his season after Wimbledon. Surely retirement was just around the corner after his first ever surgery? Surely not, came the 35-year-old’s response.

A month later, he became the oldest No1 with the Rotterdam title, and threw into the conversation that he would like to reach 100 titles—which he did the next spring in Dubai.

However, two unconverted match-points, on serve, in the Wimbledon final that same year of 2019 felt hugely significant as the Swiss headed to his 38th birthday. All the more so, perhaps, when he went on to lose in three tournaments to three young players little more than half his age: Alexander Zverev, Stefanos Tsitsipas and Andrey Rublev.

And so to 2020, and a gutsy run to the Australian semis, but then more knee surgery. Of course, tennis soon came to a standstill amid a global pandemic, but when it resumed, Federer revealed that he had needed a second operation to the same knee.

The apparently ageless Swiss seemed, then, to be slowly losing his fight with time, and his attempted returns in 2021 were a reminder to him and his fans that he had a mountain to climb.

A quarter-final run at Wimbledon was, in the circumstances, a great achievement—but the 6-0 conclusion to his three-set loss spoke volumes: He looked laboured, weary, unable to play as he wished.

This time, he did not beat about the bush. Asked if this was his last Wimbledon, he said:

He would, he added, need time to regroup and discuss it with his team and family, concluding: “Of course I would like to play it again, but at my age you’re just never sure what’s around the corner.”

In retrospect, he probably had a good idea. A few days later, he posted on Instagram:

“During the grass court season, I unfortunately experienced a setback with my knee, and have accepted that I must withdraw from the Tokyo Olympic Games… I have already begun rehabilitation in the hopes of returning to the tour later this summer.”

A slew of interviews with the Swiss media, after his birthday a fortnight or so later, revealed a relaxed, upbeat Federer who had taken time off for a holiday on Ibiza with family and friends. He looked healthy and happy, tanned and trim.

He talked of the big 4-0: “At first I made fun of the hype around 40, but now I think it’s a cool age. I’m looking forward to everything that is still to come.”

He wanted, he said, to return with his children to places where he had played tennis but not had time to explore, and wanted to learn the saxophone, how to snowboard, try to scuba-dive.

Also on his wish-list, though, was a desire to start paying back the time that others had devoted to his career:

“I am increasingly concerned with the fact that my parents, godparents and older friends are at an advanced age… Mirka and I are very aware that so far people usually have followed us everywhere. Now it will be up to us to visit them. At 40 you become more mature, more thoughtful—wiser.”

Reading between the lines, then, here was a signpost to an imminent change in priorities, and the news that soon followed only confirmed how important that change of emphasis had become.

In a personal video this Sunday, he revealed the fragility of his tennis future.

“I just wanted to give you a bit of an update what’s been going on since Wimbledon. As you can imagine, it’s not been simple. I’ve been doing a lot of checks with the doctors on my knee, getting all the information as I hurt myself further during the grass-court season and Wimbledon.

“Unfortunately, they told me for the medium to long term to feel better, I will need surgery. I decided to do it. I’ll be on crutches for many weeks and also out of the game for many months, so it’s going to be difficult of course, but at the same time I know it’s the right thing to do because I want to be healthy, I want to be running around again and I want to give myself a glimmer of hope to return to the tour in some shape or form.

“I am realistic, don’t get me wrong. I know how difficult it is at this age right now to do another surgery and try it. But I want to be healthy, I will go through the rehab process I think also with a goal while I’m still active, which I think is going to help me during this long period of time.”

And when push comes to shove, those carefully timed and modulated interviews made it clear that health and happiness beyond 40 will drive each decision along the way.

Here is the dose of hard reality. If he was unable to make a successful return after two surgeries and 18 months, is there really a chance of doing so after a third, with more time out of competition, with yet another year on the clock?

A common theme from the fans, players and pundits who generated another Twitter storm, was the hope that Federer could chose to retire on his own terms, not in a long-drawn-out battle with injury away from the arenas that have rocked to his tennis music.

Federer, though, has proven many of us wrong many times before. So perhaps I will shelve my Eliot quote for now, opt for a more Federesque ‘glass half full’ heading, and hope that our paths cross at one more tournament.

“Into the unknown” it is, then.