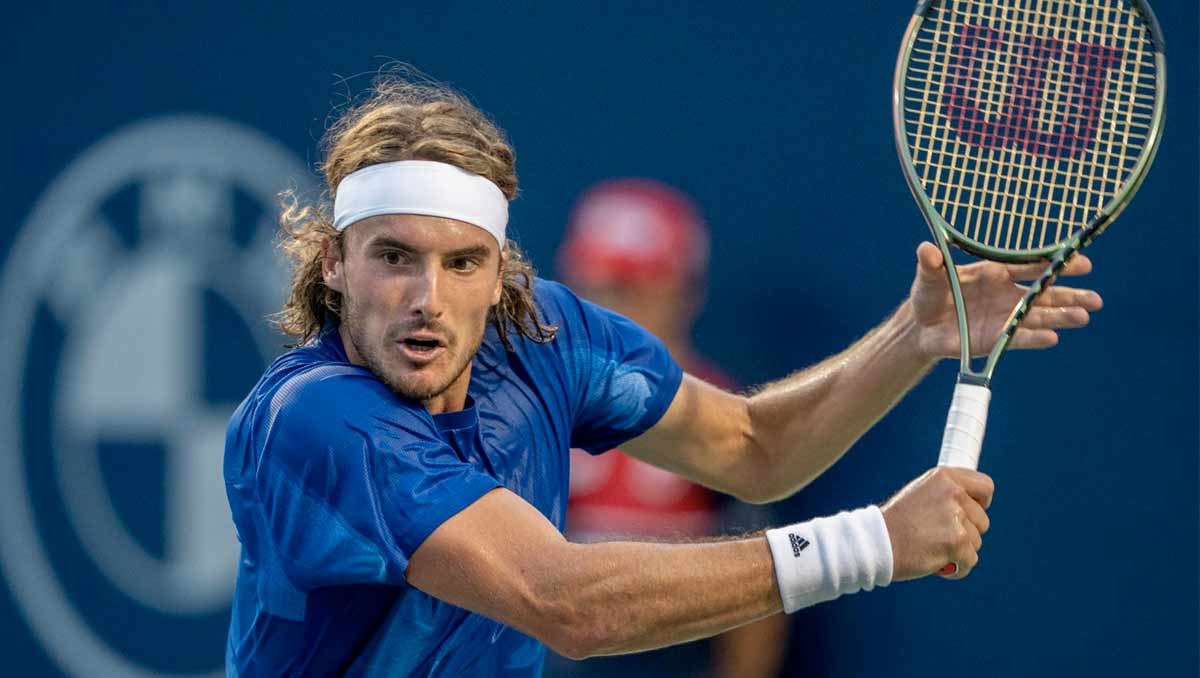 It is a very long time since the historic Canadian Open featured none of the men who went on to become known as ‘the big three’: Roger Federer, Rafael Nadal and Novak Djokovic.

Federer, the oldest of the trio who has frequently marked his birthday in Montreal or Toronto, first played as a teenager 21 years ago. He returned in 2002, in a draw containing players now regarded as a different era—Richard Krajicek, Tim Henman, Pete Sampras—and then won his first title in 2004, in a draw, incidentally, still featuring Andre Agassi as the No10 seed.

Notably, that was the year that Nadal first made his appearance, and he went on to win the first of five Canadian titles the very next year, still just 19 years old.

And the youngest of the trio, Djokovic, made his winning debut in 2007—winning the first of four titles at his first attempt.

And the run of the three looked set to continue in 2021: Nadal came to Toronto as the No2 seed, assuring fans and media that the foot injury which had taken him out of competition after the French Open until Washington last week, was improving. But it was not, and he pulled out just ahead of his scheduled opener, saying:

“Today, with this pain, I am not able to enjoy, and I really don’t believe that I have chances to fight for the things that I really need to fight.”

With Federer and Djokovic already absent—the former still wrestling with a knee problem following surgery last year, and the latter needing to recharge the depleted body after his exertions at the Tokyo Olympics—this marked a milestone year for the Canadian tournament: None of the three would contest the title that they had shared 11 times.

What is more, the other man to have won alongside ‘the three’ since he first entered Toronto in 2006, Andy Murray, has struggled to stay in contention for a run of seasons, enduring two bouts of hip surgery, and latterly exposure to Covid, a groin injury and, at the Olympics, a thigh problem.

Add into the picture that the newest name to notch up a Major title, Dominic Thiem at the US Open, is absent with a wrist injury, while three-time Major champion Stan Wawrinka continues to rehab from foot surgery, Kei Nishikori withdrew after one match in Toronto with a shoulder injury, Milos Raonic did not even start because of a heel injury, and Tokyo’s gold medallist Alexander Zverev is taking time to recuperate, and fans in Canada have had more than their share of disappointment.

It is, though, an ill wind that blows nobody any good, and in Toronto, the door has undoubtedly opened for the growing group of players jostling for position at the top of the ranks.

First, though, disappointment for the home fans came from their young stars, No5 seed Denis Shapovalov, fresh from his first Major semi at Wimbledon, and No9 seed Felix Auger-Aliassime, who turned 21 at the start of the tournament. Both men lost in their opening matches.

Then two more young players long tipped for great things—and backed up by multiple titles already—also fell at their first hurdle: Alex de Minaur and the brilliant teenager Jannik Sinner, who broke into the top 20 this week after winning the ATP500 in Washington last week. It was always a stretch for the Italian to recover so fast, but it is surely only a matter of time until his name does appear on a Masters trophy after reaching the final in Miami this year.

However, the man who beat Sinner to that title, Hubert Hurkacz, one of that rare band of young players to break the Masters stranglehold, is still only 24, and made his first Major semi at Wimbledon to rise to just outside the top 10.

He has yet to play a match in Toronto after getting that pass from Nishikori into the third round, and will fancy his chances against Nikoloz Basilashvili. However, the Georgian can certainly turn on the form, as he did in winning Doha and Munich this year.

The problem for the winner is that the next in line could well be Daniil Medvedev, top seed and world No2 who has been proving himself one of the most resilient and determined of the younger generation. So much so that he had the chance to reach No1 earlier this season, and is twice a Major runner-up with three Masters titles.

He showed considerable grit in beating the dangerous Alexander Bublic to next face not Sinner but James Duckworth, and he was also runner-up last time the tournament was played two years ago.

In this same half is yet another young Russian, Andrey Rublev, currently at a career-high No7, and with four Major quarters and a Masters final on his resume. He racked up five titles last year, plus the Rotterdam title among three finals this year, and beat Nadal in Monte-Carlo. He is a formidable player, though he will need every ounce of his passion and power to halt John Isner for a quarter-final place.

However, one of the most notable among the young stars aiming for the top is Stefanos Tsitsipas, the new world No3, a first-time Masters champion this year in Monte-Carlo and debut Major finalist at Roland Garros.

The Greek marked his 20th birthday in 2018 by reaching his first Masters final in Toronto, and on his 23rd birthday, he will take on the unseeded Karen Khachanov—another former Masters champion who arrived in Toronto with an Olympic silver medal and a quarter-final finish at Wimbledon.

However, Tsitsipas showed his mettle in beating Ugo Humbert, who beat him a fortnight ago in Tokyo. After letting five match points slip in a 28-point tie-break, 6-7(13), the Greek came back to win 6-1 in the third. However, the 25-year-old Khachanov has already scored impressive wins over Cameron Norrie and compatriot Aslan Karatsev, and is certainly a man in form and full of confidence.

Also in this quarter, though, is Casper Ruud who, at the age of 22, has shown himself to be a player to watch in the coming months. His rise has been consistent through the last year, culminating in an eye-catching run of three titles in as many weeks in Bastad, Gstaad and Kitzbuhel to reach a career-high No12. He has made three Masters semis since the end of the tour’s lock-down a year ago, and while most of these successes have come on clay, he beat Marin Cilic on Toronto’s hard courts in a tough three sets, and will now play Dusan Lajovic for a quarter-final place.

How many of these young players will still be in contention come the quarters? Or will age and experience come into their own, as a group of over-30s also eye the spoils in the absence of the four dominant former champions?

Isner, at the age of 36 and a ranking of 30, should not be discounted: He won in Atlanta a week or so ago, and has the 2018 Miami Masters title on his resume.

Roberto Bautista Agut, age 33, is one of the most consistent performers on the tour, and made the quarters in his last two appearances in this tournament.

As for Gael Monfils, age 34 and newly married, he was back in the top 10 at the end of 2019 before a real slip in form and results. This week, he has beaten John Millman from a set down, but now finds himself in a battle of the generations with 23-year-old Frances Tiafoe.

It is, it seems, a match that encapsulates the age range, opportunity and uncertainty this week in Toronto.