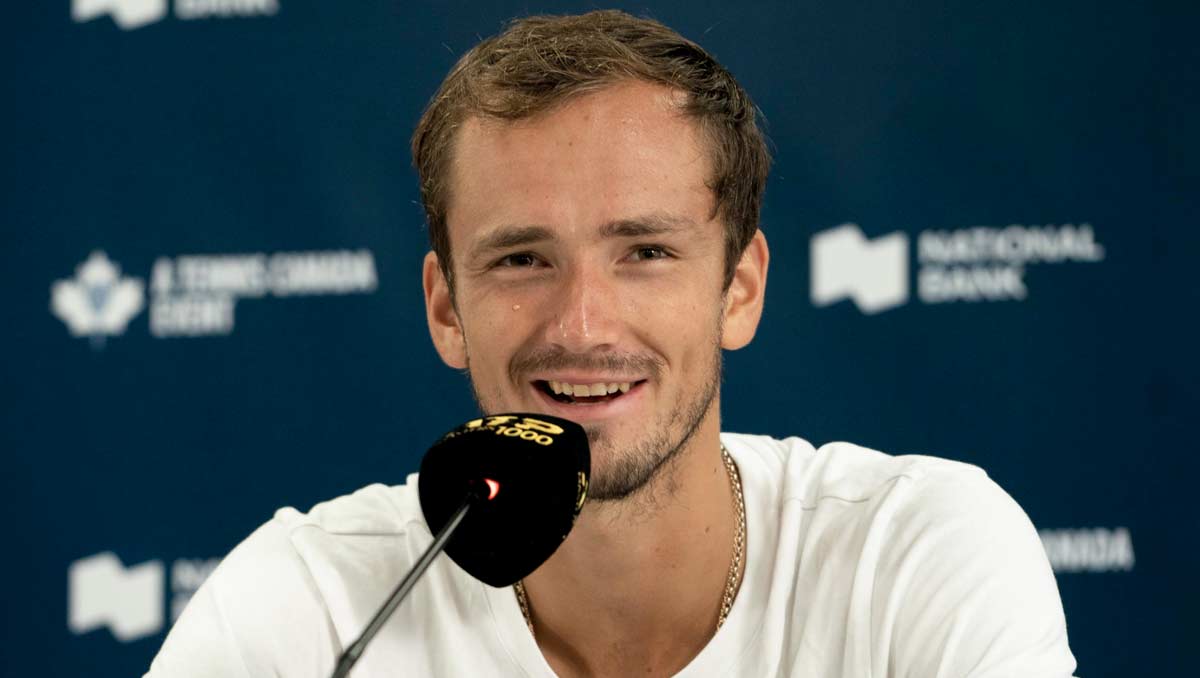 Top seed Daniil Medvedev secured his fifth Masters final appearance, and his second in Canada, with an impressive 6-2, 6-2 victory over the unseeded John Isner.

Most players on the ATP tour struggle to put Isner’s serve back into play, but the Russian broke the 36-year-old American’s serve four times in eight service games, and won 50 percent of his return points in a stunning performance that took under an hour to complete.

Medvedev will now face another tall, huge-serving American in the shape of 23-year-old Reilly Opelka, who put out one of the favourites for the title, No3 seed Stefanos Tsitsipas, 6-7(2), 7-6(7), 6-4.

Opelka hit 17 aces to Tsitsipas’s 10, and the Greek worked just one break-point chance, which he was unable to convert in a two-and-a-half hour match played in challenging heat in Toronto.

After reaching the semis of the Rome Masters—losing to Rafael Nadal—the American has now taken one step further to make his first Masters final, scoring his first top-five win to boot. And Opelka, who entered the tournament ranked No32, has already surged to a career-high of around 23, and should be beat Medvedev in the final, he is looking to break inside the top 20.

However, Medvedev leads Opelka 3-1 in their in previous matches, though three of them went to a deciding set. The only straight-sets match came in the third round at Roland earlier this year, won by the Russian, but in their only Masters meeting, on the hard courts of Miami, it took an epic three tie-break sets, in Medvedev’s favour, to determine the outcome.

He has certainly hit his stride at the tournament where he reached his first Masters final back in 2019. The Russian has gone onto win three Masters titles since then, all on hard courts, along with the ATP Finals trophy last November, and he reached his second Major final in Australia this February.

However, this is his first Masters final this season, and should he win, so whoever wins will become the fifth different Masters champion of 2021. Indeed, Toronto marks the 10th different player to reach a Masters final this year. And with Novak Djokovic, Rafael Nadal, and Roger Federer missing from the Cincinnati Masters draw next week, that story could run still further ahead of the US Open.