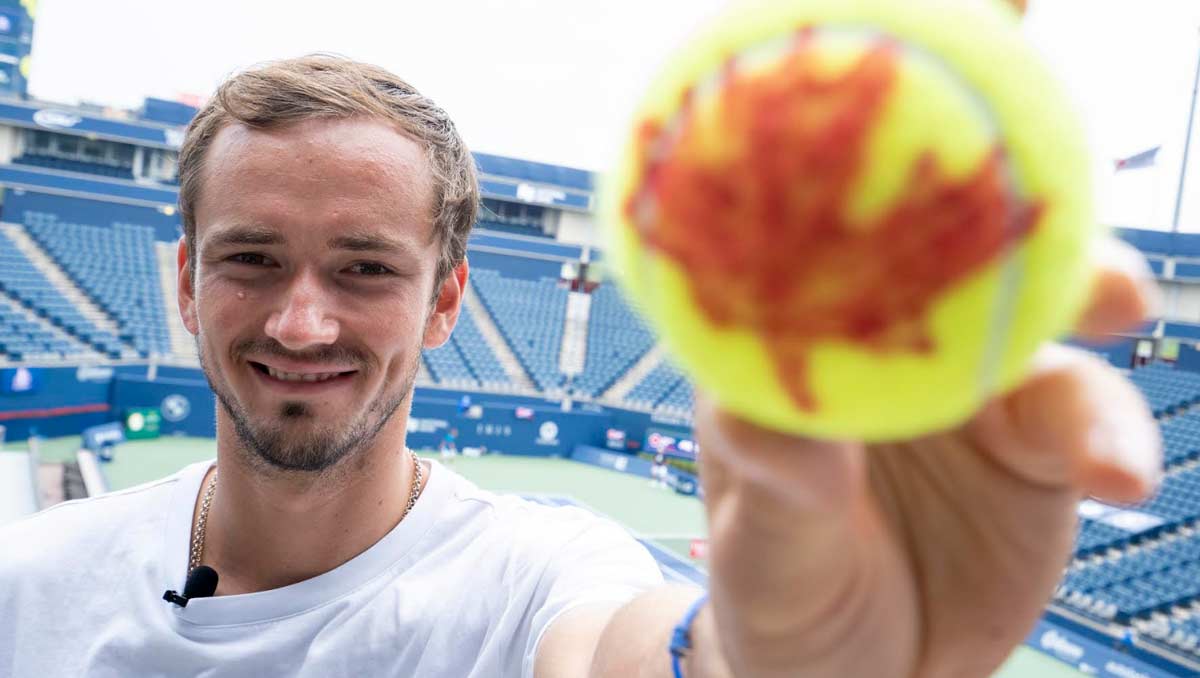 Top seed Daniil Medvedev will face veteran American John Isner as he targets his second Toronto Masters final and a fourth Masters title after one of the matches of this year’s National Bank Open in Toronto.

The Russian was forced to come back from a 6-2 first set lost to No7 seed Hubert Hurkacz, and edge the second and third with little room for error in two tie-breaks, 7-6(6), 7-6(5).

By the conclusion of the two-and-a-quarter hours tussle, Hurkacz had won 10 more points than his opponent, and was not broken once, but Medvedev showed prodigious fighting spirit to reach the semis, where he will face the unseeded 36-year-old John Isner.

The American beat Gael Monfils, 7-6(5), 6-4, to take his winning run to nine after claiming the Atlanta title less than a fortnight ago. Isner’s record on home hard courts has yielded nine of his 16 titles, including the Miami Masters back in 2018, and he has reached the finals of four more hard-court Masters—three of them in North America.

For Medvedev, his quarter-final victory was a reversal of his only previous match against Hurkacz, who put out the Russian in an equally close encounter at Wimbledon this year, in five sets and more than three hours.

The Pole, who went on to reach the Wimbledon semis, and joined a select band of Masters champions with victory in Miami in April, broke the Russian twice in the first set courtesy of too many errors from the world No2. But Medvedev matched his opponent’s fast and clean hitting in the second to fend off two break points, and edged the tie-break. In the third, there were some spectacular rallies, as both men produced some of their best tennis, but a backhand error from Hurkacz in the tie-break offered up a match point, and Medvedev hit his 23rd ace for the win.

They shared a warm and generous hand-shake at the net, with the Russian afterwards admitting that the match could have gone either way:

“He had his chances and he was probably the better player for at least two sets for sure, but that’s tennis. We both have great serves and I managed to hit some aces when I needed to.

“It was definitely not easy. He was on top of me. But to win matches like this gives you a huge boost of confidence. It’s a pleasure to be standing here and giving interviews.”

“He’s probably one of the nicest guys on tour… he’s a super nice guy. If he plays like this, and I hopefully can play good too, we’re gonna meet in later stages of many tournaments. Of course I will be only happy, because [we had] great two matches where I felt like I had the edge on the first one and he could have had the edge here. But that’s what tennis is about.”

While Medvedev’s serve is certainly one of his big weapons, he faces perhaps the best serve on the tour in the shape of 6ft 10ins Isner. The big American and his 6ft 11ins compatriot Opelka have both hit a total of 73 aces during their four matches this week.

Isner, though, has certainly shown great form in Toronto by beating No13 seed Cristian Garin and No4 seed Andrey Rublev as well as Monfils.

In the bottom half of the draw, No3 seed Stefanos Tsitsipas beat No6 seed Casper Ruud, 6-1, 6-4, in a second meeting between the two young stars.

Ruud was chasing his 100th career win and his 14th consecutive match-win after lifting three straight titles on Europe’s clay this summer. What is more, the Norwegian’s biggest win entering Toronto also came over Tsitsipas in their first meeting in Madrid in this May.

However, the 23-year-old Greek, who rose to No3 in the ranks for the first time this week, cruised to the semis in 74 minutes, and has beaten some quality opposition along the way, too: Ugo Humbert, Karen Khachanov and Ruud.

Tsitsipas, who won his first Masters title in Monte-Carlo this year and leads the ATP tour with 45 wins this season, now faces Opelka, after the American beat Robert Bautista Agut, 6-3, 7-6(1). The 23-year-old American hit 19 aces and faced no break points to set up just his second meeting with Tsitsipas. The Greek won their first by retirement.