'It will be a real shame': Gary Lineker weighs in on Tottenham star Harry Kane's situation

Gary Lineker has taken to social media to offer his thoughts on Harry Kane’s future after the striker failed to show up for Tottenham Hotspur training this week.

Kane’s situation at White Hart Lane has been a talking point over the last few weeks after Spurs once again ended up without a trophy last season.

The 28-year-old England striker was in superb form for Spurs last term and he scored 23 goals and made 14 assists for the Lilywhites in the top flight.

Kane was also in great form for England during the summer at Euro 2020 as the Three Lions captain helped them to reach the final at Wembley last month.

The striker has been linked with a move away from Spurs but it remains to be seen what the future holds for the striker after he did not show up for pre-season training with the north London club on Monday.

Former Spurs and England star Lineker has now taken to Twitter to express his opinion and say that he hopes that the matter is resolved amicably.

Posting on Twitter on Monday, Lineker wrote: “It will be a real shame if this is an ugly divorce. Will be much better for both the club and @HKane if an harmonious settlement can be achieved.” 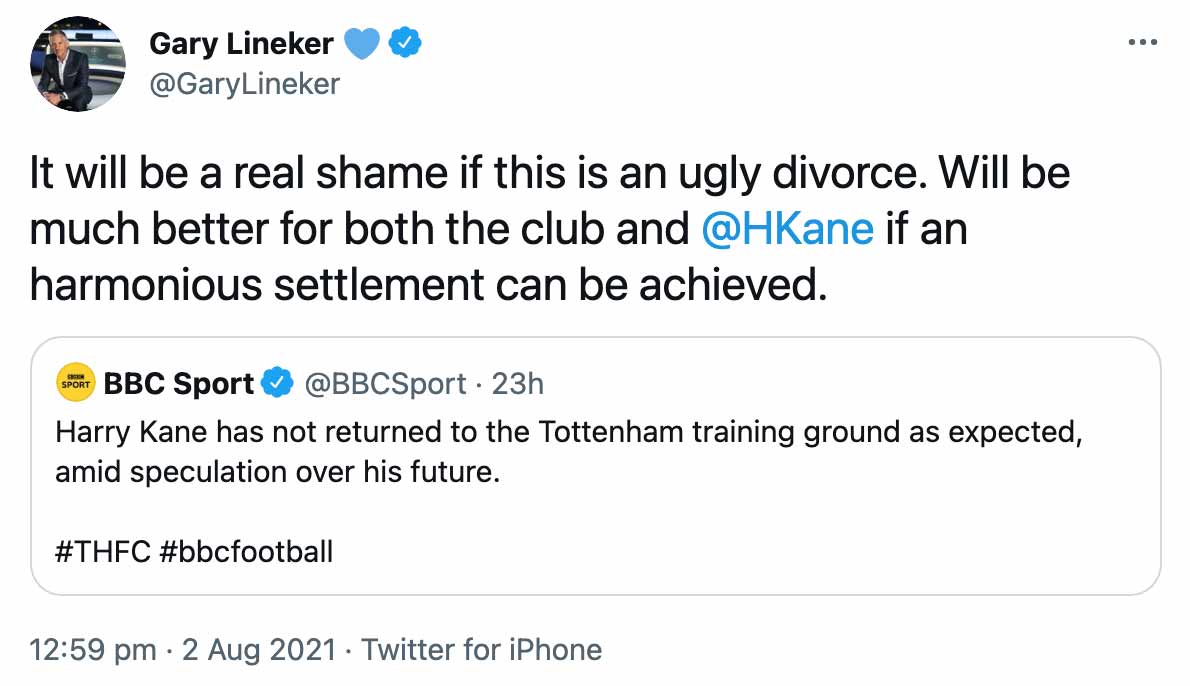 Tottenham are set to kick off their new Premier League campaign with a home clash against Manchester City on 15 August.