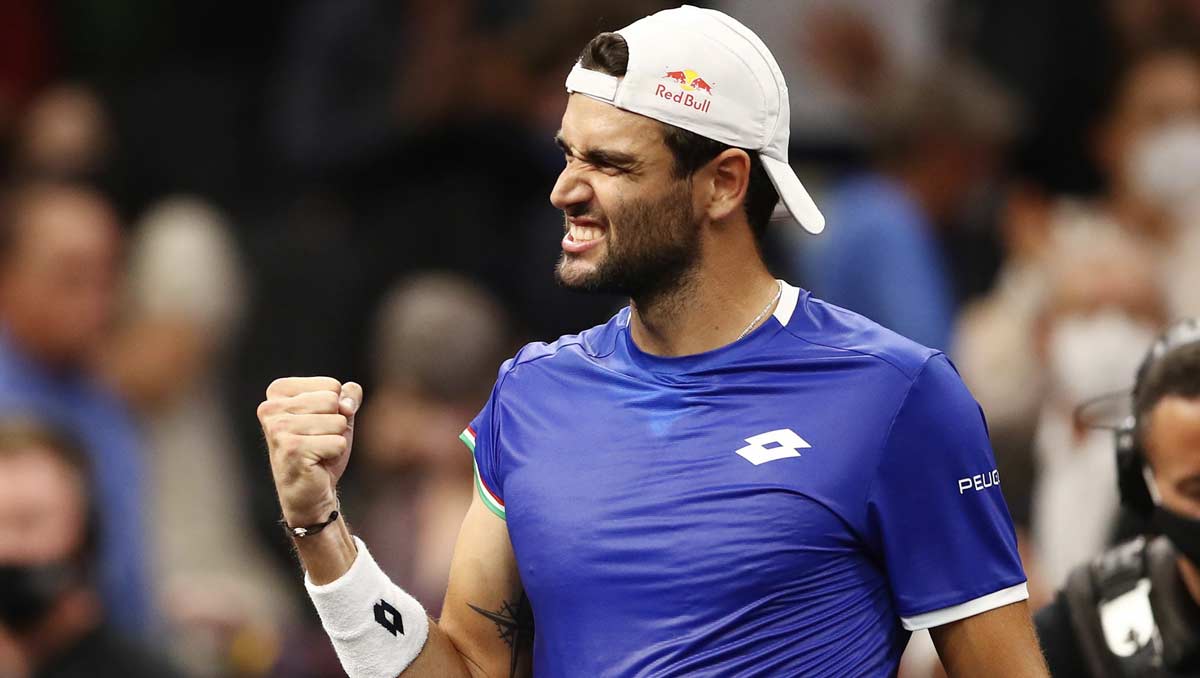 If the first day of action at this year’s Laver Cup in Boston proved one thing, it is that the next generation of players is more than ready to take over the baton in men’s tennis.

And while one of the biggest cheers of the Friday action was when the cameras picked out Roger Federer in the front row of the vast TD Garden—a standing ovation, no less, just as Team Europe’s Casper Ruud was about to serve—the noise and enthusiasm cranked up from match to match as the array of young stars battled it out for early team points.

Federer, whose brainchild the Laver Cup is, and who spearheaded the victory of Europe in the tournament’s last three editions, was not expected in Boston after undergoing his third bout of knee surgery just last month

It was only earlier this week that he assured his fans during an assortment of sponsor events in Switzerland that the rehab was going well. Indeed the last post, earlier this week, was from home-town Basel extolling the virtues of the modern art gallery outside the city, Fondation Beyeler.

But just ahead of the tournament’s first matches, he posted a selfie with the trophy in the centre of the Boston arena. He had made the trip, with parents and friend/coach Severin Luthi, keeping it under wraps even from his Europe colleagues. The reality of the undertaking only became clear as the camera followed his entry and exit to his seat: He was on crutches.

But he, like Laver himself, barely missed a beat in watching what turned out to be a series of fine, closely-contested matches.

First, it was the newest member of the world top 10, the 22-year-old Casper Ruud, owner of four clay titles this year, and perhaps expected to be up against it facing a man almost a foot taller and playing to a home crowd to boot: Reilly Opelka.

Not a bit of it: Ruud got the early break in the first set with some pin-point serving and nimble base-line rallies. Opelka, a big server who likes to be the aggressor, got drawn into long and tricky points, and could not break back: Ruud took the set, 6-3, and that despite the disruption to his serve by that Federer ovation.

He is a calm customer, fast, and tactically astute, and although Opelka was encouraged to attack the Norwegian serve, it seldom earned him the advantage. He tried slice and drop shots, only to see Ruud scampering after every ball, and come the tie-break, the European signed off the first point for his team, 7-6(4).

That was followed by a high-octane contest between two friends, No7 Matteo Berrettini and No11—the top-ranked player for Rest of the World—Felix Auger-Aliassime.

The 21-year-old Canadian had a break-out summer with a final run in Stuttgart, semis in Halle and the quarters at Wimbledon. He also made the quarters in Cincinnati and the semis at the US Open. And all that growing form and confidence was on show in a marathon match that had Auger-Aliassime steal an early lead in the first set, but he was reeled in by the big Italian as he served for the set at 5-3. Two set points went begging, and Berrettini saved more at 5-6, but the Italian ultimately lost the set in the tie-break, 7-6(3).

The match was turning into a thriller, and a long and energetic second set saw both men firing to all extremes of the court, make drop shots and touch replies, pass down the wings, and serve up a storm. However, Auger-Aliassime began to make a few double faults, and come break point at 5-6 in the second set, he fired a forehand long: the match was all square, 7-5.

Now it was a nerve-wracking match tie-break, first to 10, and again the Canadian stole an early lead, only for Berrettini to level. After the change of ends, Auger-Aliassime again took the lead, but once more, the Italian levelled for 8-8, and made no mistake converting match point, 10-8, after a record-making two hour, 52 minutes.

Confronted on court afterwards with a reminder that he had to come back in the evening to play a doubles rubber, Berrettini grinned, shrugged, and admitted he had not anticipated such a long singles match. But he concluded: “I am young!”

He was full of praise for the Canadian, too:

“He’s so young. I think so many times we forget how young he is. He’s been playing on tour really since three, four years. It’s unbelievable and such a good guy. We practise together a lot. We actually spent time a little bit in the gym after the match, and we were saying how we improve every time we play together.”

The third singles match pitched 23-year-old Andrey Rublev, ranked No5, against the 15-ranked Diego Schwartzman. Their only previous match ended with a 9-7 fifth set at Roland Garros in 2017—and this would be just as competitive.

The crowd was firmly behind the popular Argentine, who won the first set, 6-4, but Rublev hit back to level, 6-3. Time for another nail-biter of a tie-break, and errors from the Russian put him 2-6 down. He refocused, though, and finally served for the match, only to double fault. But it forced him to win one of the rallies of the match to close out the match, 11-9, after almost two hours.

So three singles matches, and three points for Europe. At last, the World team got a win to close out the evening, with Denis Shapovalov and John Isner beating Berrettini and Alexander Zverev, 4-6, 7-6(2), 10-1, in doubles,

Saturday will see two points for each match-win, and the Boston crowds can anticipate some big-time battles.