US Open champ Medvedev dazzles against Shapovalov; Isner pushes Zverev to the limit 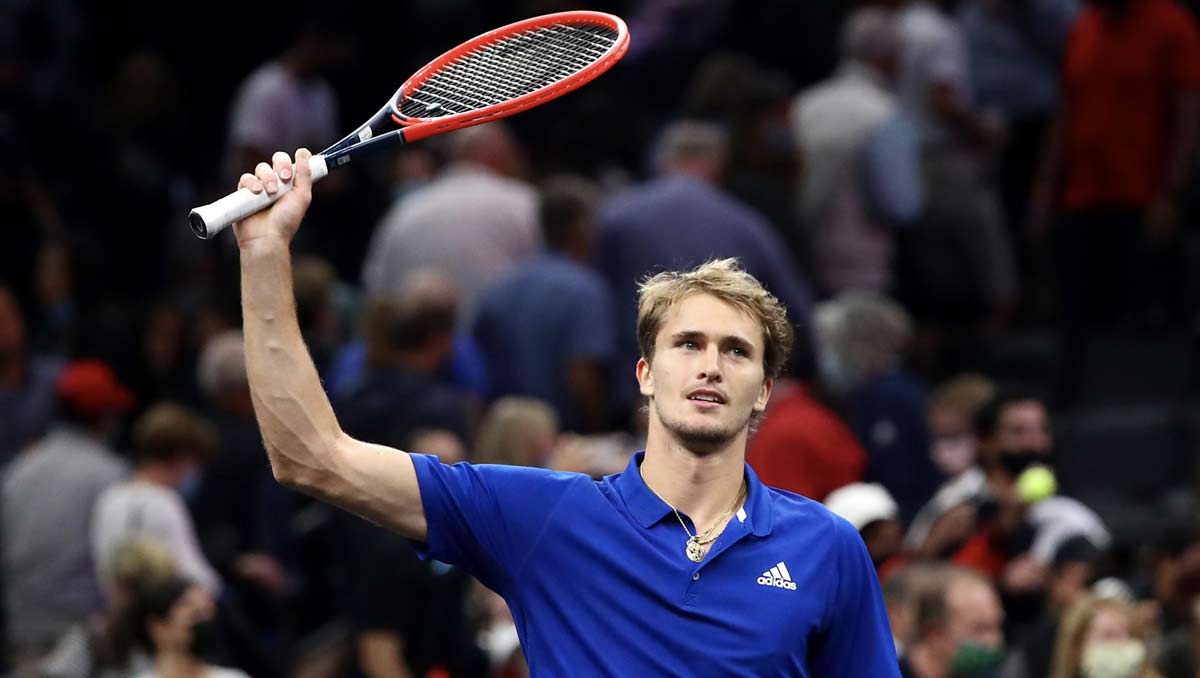 They may be young, but there has been no weakness shown by the starry Europeans who continued to dominate the Laver Cup this weekend in Boston.

On day one, only the Rest of World doubles pairing of John Isner and Denis Shapovalov broke through the resistance of the wall of top-10 players from Europe. On day two, they did not even concede that crumb of hope to the home side.

In the event, it was the oldest man on the red team, the USA’s Isner, who came closest to picking up some points in the second singles match of Saturday in a gripping, show-stomping match.

Isner, by far the oldest man in the 12-man line-up at the TD Garden, has played every Laver Cup so far, and has always made life tough for the opposition, and the 22-ranked 36-year-old did so again against the 24-year-old Olympic champion Alexander Zverev.

Already, Isner had been part of that one-point doubles win on Friday night, and he was lined up for the doubles match on Saturday, too, this time with Nick Kyrgios. But in between, he faced Zverev for a 10th time, and while the young German had a 7-2 advantage, one of those Isner wins was in the 2019 playing of the Laver Cup. What is more, most of their meetings had gone to a third set, with more than their share of tie-breakers.

Again, it became a marathon effort of more than two-and-a-quarter hours, two tie breaks and deciding match tie-break to determine the victor, Zverev 7-6(5), 6-7(6), 10-5. The match was a serving masterclass, with 35 aces between the two men, and just one double fault, from Isner, throughout.

Both saved all three break points they faced, both served at over 70 percent and won close to 80 percent of first serves, so it is fair to say this was a match that could have gone either way.

One error from the American at 5-5 in the first tiebreak handed Zverev a point for the set, and he converted at the first attempt.

Isner upped his aggressive tactics in the second set, urged on by his team on the sidelines, and produced some outstanding volleys off the back of some great serving. He also began to pick up the Zverev serve with more precision, and several times left the German rooted to the spot with quick-fire return winners.

So having saved break points to level things at 4-4, his confidence grew as the set advanced to the inevitable tie-break, where he took an immediate 3-0 lead. Zverev closed the gap, and saved set point at 5-6, also showing off his own net skills.

Among the gripped crowd were two particular supporters. Roger Federer has been front and centre behind the baseline from the first match, albeit making slower entrances to his seat than usual on a pair of crutches. But next to him for the Saturday action was his good friend and former rival Andy Roddick, making his first visit to the tournament.

Isner certainly found some inspiration from somewhere. But although the American roared to the second set with an ace, he was clearly showing signs of fatigue, taking plenty of time between points to recover.

Sure enough, in the deciding tie-break set, Zverev opened up an early lead that the American would never close. Zverev admitted:

“I think in this format, playing against John is probably one of the toughest opponents there can be. He’s the best server of all-time. He was hitting the ball extremely hard, extremely well today. And to be honest, I played a pretty good match. Even the second set that I lost, I don’t think I did many things wrong. That just shows that the match was very high level.”

Despite Isner’s exertions, he and Kyrgios pushed Europe’s Andrey Rublev and Stefanos Tsitsipas to a match-tie-break in their later doubles, but could still not get any points on the board, losing 6-7(8), 6-3, 10-4.

Kyrgios and Tsitsipas had faced one another in the first match of the day, in what proved to be as unequal a contest as their respective rankings suggested. The young Greek had already won 50 matches this season, including his first Masters in Monte-Carlo, and reached the final of the French Open. His reward was a career-high ranking of No3.

Kyrgios, a man packed with talent but with little match-play in his locker—7-7 this year—was ranked down at 93, and his lack of fitness was finally exposed by the athleticism of Tsitsipas. The Greek was not even distracted by a swift change of shoe-lace, when one of his broke during a particularly demanding rally early in the second set.

The World team tried to boost Kyrgios’s energy, and his skill shone through as he punished the Tsitsipas legs with pitch-perfect drop shots, but there were too many errors from the Aussie side. The mental focus of the Greek was thoroughly tested as he headed to the winning post, and he saved five break points to go 5-3, and another at 5-4, but he would not be denied.

So while their previous two matches had gone Kyrgios’s way in final-set tie-breaks, Tsitsipas took less than an hour and a half via two breaks of serve to beat the Australian, 6-3, 6-4. He afterwards admitted:

“Coming in with a negative record, of course you want to change that, get a win at least, which I’m very happy with today. It took a lot of hard work and it took a lot of dedication during that match, so I’m pretty pleased with the outcome of it.”

The evening session opened with the first appearance of the newest Major champion in tennis, world No2 Daniil Medvedev, and he asserted his presence over the 12-ranked Denis Shapovalov in considerable style in just an hour and a quarter, 6-4, 6-0.

The Russian broke to love to serve out the first set, and then reeled off six more games—a run of nine—to complete the rout. Even the young Canadian smiled in defeat at the handshake, as Medvedev conceded:

“I played unbelievably, especially the second set… I didn’t know what to expect because after the US Open, I didn’t play for a week and a half. Practised as much as I could the past three days… but was surprisingly feeling well. I wanted to show that also today. First [set] was not easy… and then I just couldn’t miss a ball anymore.”

With a Saturday clean sweep, then, Europe have an 11-1 lead ahead of the final day, though each match is now worth three points. So the Blues have only to win one match, and it is hard to see any other outcome than a Europe victory.