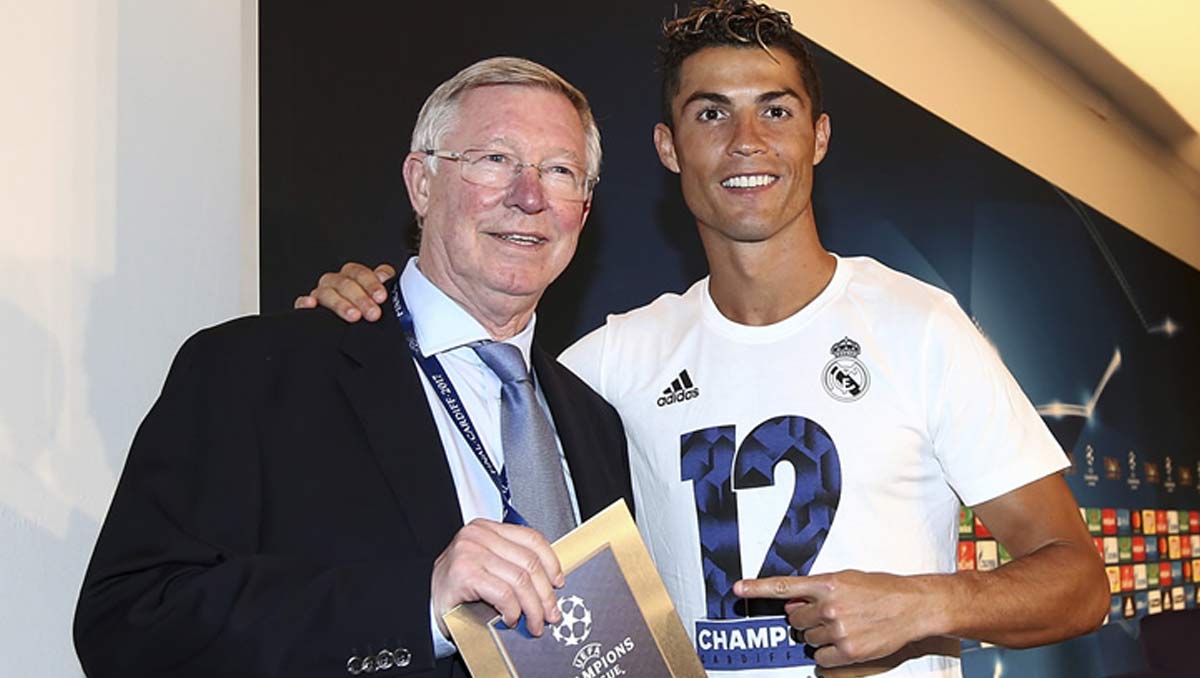 Sir Alex Ferguson has revealed how delighted he was to see Cristiano Ronaldo seal a “fantastic” return to Manchester United.

The Portugal superstar is back at Old Trafford after having secured a dramatic return to the club from Juventus in the summer transfer window.

Ronaldo has wasted no time in adapting to life back at the English club, with the 36-year-old having already scored four goals in four games for Ole Gunnar Solskjaer’s men.

The former Real Madrid star drew a blank on Saturday, however, as Manchester United crashed to their first Premier League defeat of the season with a 1-0 loss to Aston Villa at Old Trafford.

There can be no doubt that Ronaldo’s arrival at Old Trafford has helped to galvanise his team-mates as the Red Devils look to challenge for major trophies this season.

And Ferguson, who was in charge at Old Trafford during Ronaldo’s first spell at the club between 2003 and 2009, has revealed his delight at seeing the attacker return to the club.

Speaking on the UTD Podcast, Ferguson said of Ronaldo’s return: “It’s fantastic. You saw on that Saturday [the game against Newcastle United] that it was like Caesar entering Rome after victory. I came, I saw, I conquered. It was fantastic.

“I mean, for anyone who is a United fan, we could have had a million people in there, without doubt, as there were so many outside, hundreds outside. It’s one of these things.”

The former Manchester United boss went on to explain how Ronaldo quickly developed into one of the best attacking players in the world at Old Trafford.

He continued: “When he was here as a kid, his learning process was very, very quick.

“A lot of people said he was a diver and there was a little spell of that but, after that, he was attacking defenders and all he needed was a nudge and he would waltz by them.

“He would attack with unbelievable speed. I think the increasing knowledge of his game – I think he was born with a desire.

“He sacrificed himself to be the best. I remember we were playing Arsenal on the Saturday and it was pouring with rain at Carrington. I said to him, and you know he would always practice after training, and I said: ‘In. We’ve got a game tomorrow and it’s too wet. The ground is too soft.’ So I went into my office, looked out of the window and what did he do? He went on the Astroturf. I had no argument! I couldn’t say anything to him. He’s beat me.”

Ronaldo will be hoping to help Manchester United to pick up their first Champions League points of the season on Wednesday night when they host Villarreal at Old Trafford in their second group game.