The 36-year-old Portugal international has joined the Red Devils on an initial two-year contract, with the option to extend for a further year.

Ronaldo is returning to Old Trafford 12 years after having initially left the Premier League club to sign for Real Madrid in the summer of 2009.

The attacker will be aiming to help Manchester United to challenge for the Premier League title this season as they look to win the trophy for the first time since 2013.

England legend Lineker thinks that Ronaldo’s return is a great move for the club and the Premier League as a whole.

Posting on Twitter after the transfer deal was confirmed on deadline day, Lineker wrote: “Fabulously exciting signing for @ManUtd fans and the Premier League. Welcome back to the great @Cristiano.” 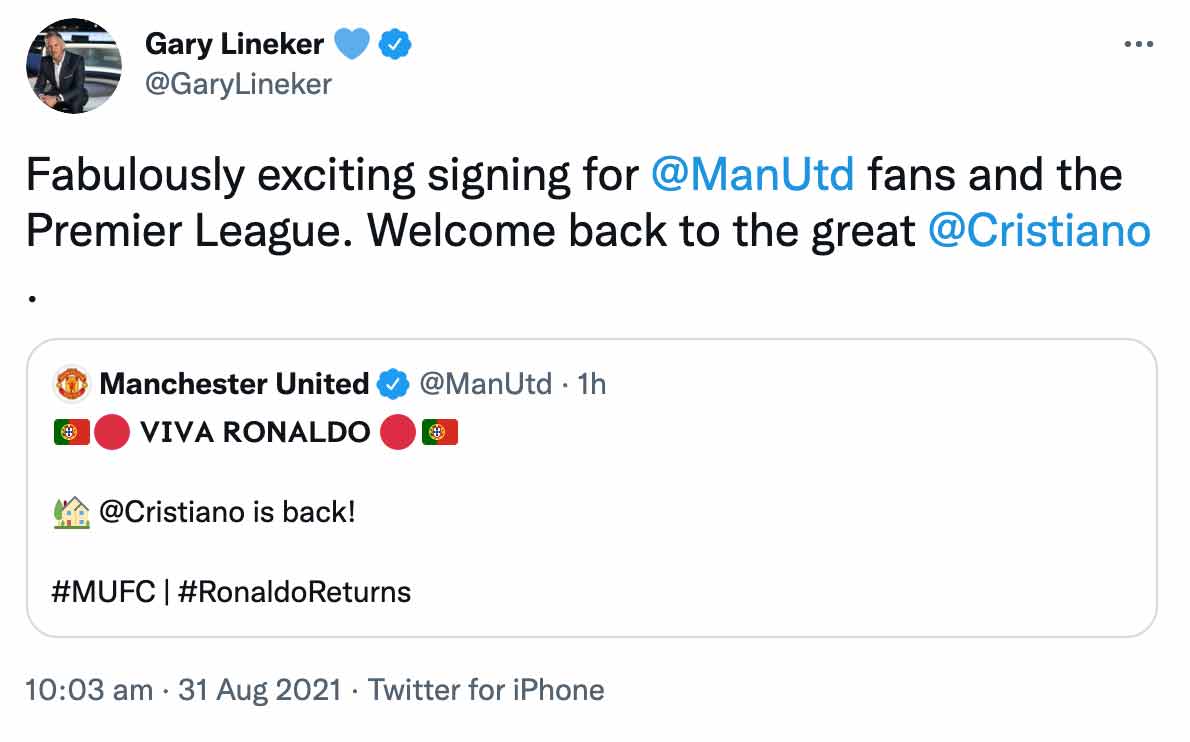 Ronaldo, who has won more than 30 major trophies during his glittering career, could make his Premier League debut for Manchester United this season when they host Newcastle United at Old Trafford on Saturday 11 September after the international break.