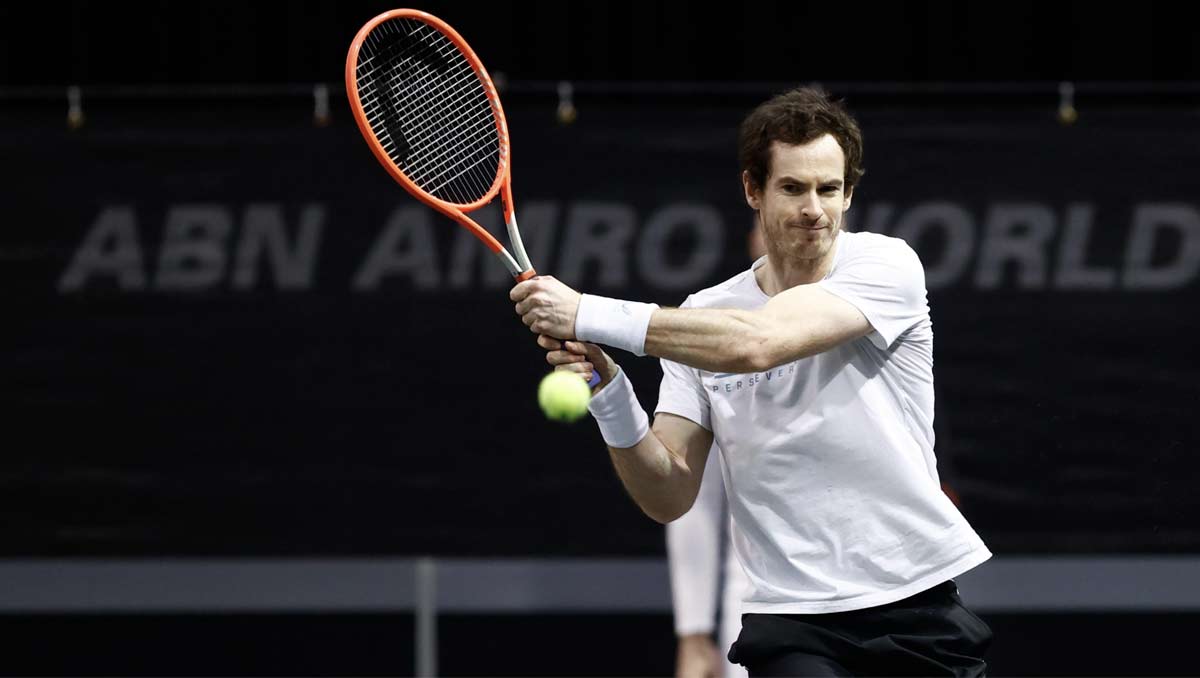 After a heavy-weight six or so weeks on the hot, hard courts of North America, taking in two Masters and the US Open, the first week of autumn heralds a long indoor swing that heads finally to Turin and the ATP Finals.

In these out-of-kilter times, the entire Asian swing has been cancelled, and that has left space for the Indian Wells Masters to shoe-horn itself into the autumn calendar, though its move from March to October forces a tough transition for those who have headed back across the Atlantic for the indoor season.

And the first of that swing, in Metz, France, has drawn a strong field to the ATP250 tournament, with all eight seeds ranked 35 or over. Indeed top seed Hubert Hurkacz, at No13, missed out on the Laver Cup line-up by one place: in Boston, all six of the Europe squad are ranked in the top 10, with Nos 11 and 12 headlining for Rest of World.

Into the Metz mix, too, is one Andy Murray, ranked 113, and playing with a wild card as he continues to work his way back to fitness from major hip surgery, then a groin injury and Covid infection.

It has been a tough season for the Briton, and no mistake, and he managed only six wins in 13 matches thus far, but his competitive spirit and work ethic were on full display at both Wimbledon, where he reached the third round, and the US Open, where fate drew him against Stefanos Tsitsipas in the first round. It took the young No3 from Greece almost five hours and five sets to beat former No1 Murray.

The Briton, who was a Metz finalist way back in 2007, picked up his highest-ranked win of the year in the first round in the shape of Ugo Humbert, currently No26. It was a gutsy performance, too, with Murray coming back to win 4-6, 6-3, 6-2, and he followed that with a win over No66 Vasek Pospisil, 6-3, 6-3, to set a showdown with Hurkacz.

However, the 24-year-old from Poland has been one of the stand-out players of the season, beginning with the title in Delray Beach while ranked 35, and claiming one of the biggest titles in the calendar, the Miami Masters. A flat patch on clay preluded a fine semi run at Wimbledon, where he beat both No2 seed Daniil Medvedev and Roger Federer.

He cruised through the unseeded but talented home player, Lucas Pouille, to set this Murray meeting, and in the knowledge that he beat the Briton last month in Cincinnati.

The tall Pole has a formidable serve, as well as a pleasing, all-court game to back it up, and his varied shot-making increasingly got traction against Murray a the match unfolded.

The Briton survived a break point in the very first game, but it was not until the eighth game that more chances presented themselves, this time for Murray.

Indeed it proved almost to be a turning point, with Murray working three break chances through multiple deuces. Hurkacz was tight on his first serve, but he forced errors from Murray with some craft and tactical smarts, and he held after 10 minutes: 4-4.

The two edged to a tie-break, where the Pole got the first point against serve, 3-1, and he remained bold in coming forward to take on Murray at the net, and playing the extremes of the court.

A drop shot took Hurkacz to 5-2, and a double fault from the Briton made it four set points. Hurkacz did not need them, and sealed the set, 7-6(4).

It did not take him long to build up an advantage in the second set, too, with the two players engaging in some fine rallies. But the Pole was out-manoeuvring Murray at this own game, moving smoothly around the court in defence and attack, throwing in drop shots, using angled touch, and he broke to lead, 3-1.

Murray survived another challenge to his serve to hold at 4-2, but finally, Hurkacz stepped up to serve for the match, and had two points to do so, before Murray found his best tennis to level at deuce and then work a break point.

Asked about Murray’s performance during his on-court interview, Hurkacz said:

“Andy is an unbelievable competitor, he has achieved so much throughout his career. He is coming back from a tough injury and playing at a very high level, so he is amazing and you can be inspired by his results.”

The bottom half of the draw remains a formidable one, with No3 seed Gael Monfils facing No8 seed Nikoloz Basilashvili, and qualifier Holger Rune, the 18-year-old who has risen from 475 in January to 133 with strong runs at Challenger level, against the No2 seed Pablo Carreno Busta.