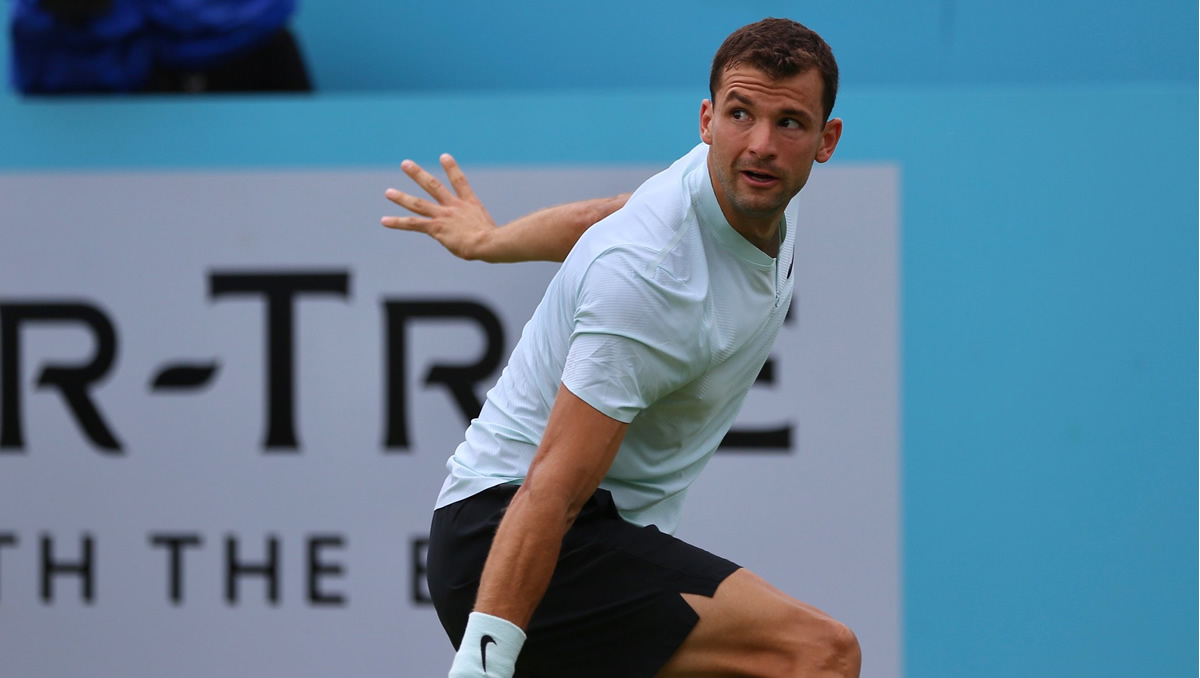 For the only Briton to make it past the third round at the prestigious Masters tournament at Indian Wells, the stakes for Cam Norrie have only grown with each passing day.

All year, the No21 seed Norrie has been building a head of steam, reaching five tour finals, converting one into his first title in Los Cabos after reaching the final in the ATP500 at Queen’s and then the final of the last US hard-court tournament before Indian Wells.

It has propelled the Briton to a career-high 26, but more significant, with his three wins and first Masters quarter-final, Norrie had edged into contention for the end-of-year of year ATP Finals in Turin—and that is something that very few British men have done: In fact, only Andy Murray.

What is more, if he should reach the semis in Indian Wells, Norrie would become the top-ranked Briton, overtaking Dan Evans—who lost in Round 3—and break the top 20 for the first time.

As for the Race, he would steal another spot, overtaking Aslan Karatsev to sit at No11 (allowing for the absence of Rafael Nadal for the rest of the year).

Norrie’s immediate problem was the man trailing him by around 300 points in the Race, though Diego Schwartzman was ranked nine places above him in the 12-month ranks.

Both had faced significant battles to get this far: Norrie’s three matches had all gone to three sets, while two of Schwartzman’s had. As for their previous matches, they suggested this would be another battle right down to the wire. Norrie won their last meeting, coming back from two sets down to win at the US Open in five. Meanwhile, their previous two meetings, in Acapulco and Antwerp, took the full three sets, and both matches involved tie-breaks.

This time, it was a perfect start for Norrie with not one break but two to open the first set, and he served at 3-0 having picked off a couple of great net exchanges and some crisp baseline exchanges that seemed to read the Schwartzman game to perfection.

After 17 points, Norrie was yet to make an unforced error, taking 15 from 17 points. At last, the Argentine did get some traction, deuce, but it was not enough to stem the near perfect tennis that Norrie was producing.

The Briton used the court to his advantage, forcing the ball to bounce high and using the cross-court angles to keep Schwartzman on the run. He broke once more, 5-0, and hurried the Argentine into another net error to bring up set point. A big serve, and he had the set, 6-0, in half an hour, 20 points to six.

Schwartzman needed to up his serving level: It languished at under 40 percent. And with Norrie’s consistency and error-free leftie rally-building, the Argentine needed to eliminate his errors. He is used to winning long, cross-court exchanges that create angles and changes of direction, but Norrie was outplaying him at his own game.

The Briton also got the first break in the second set, but this time, Schwartzman broke straight back as Norrie’s accuracy slipped just a little, and there was no room for that against someone with the footspeed and angle-making of the Argentine. 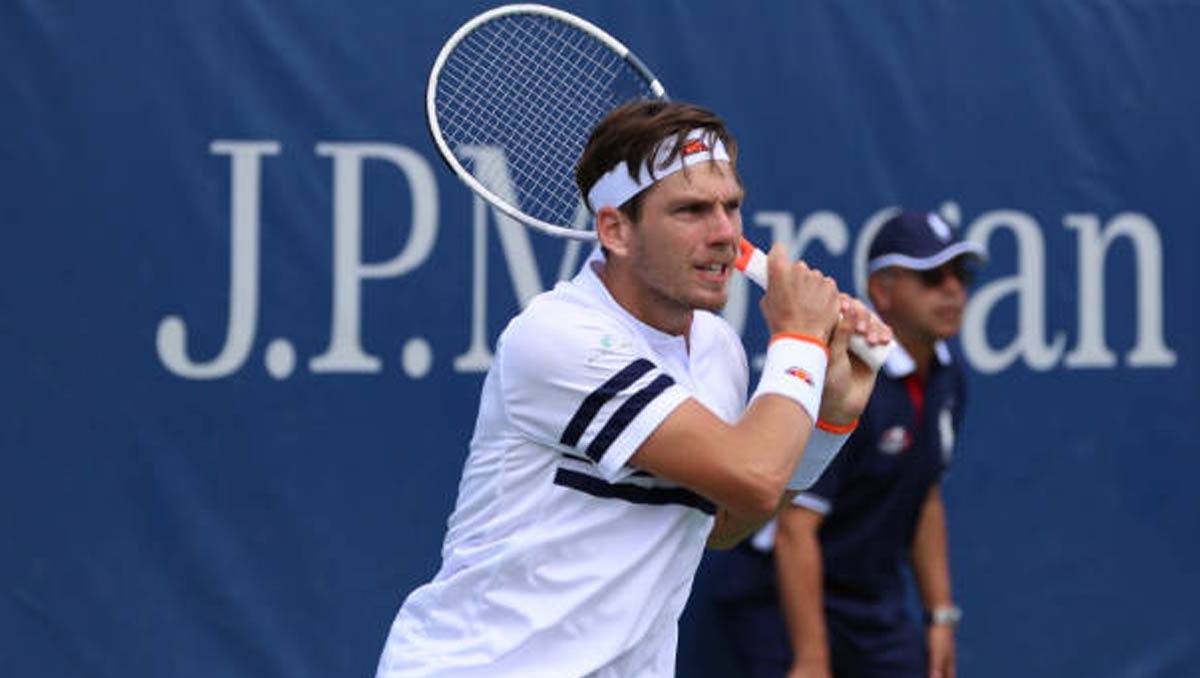 Sure enough, Norrie refocused and stepped up the pace to break again, and this time consolidated for 4-2.

Schwartzman seemed to be out of ideas, and was clearly hugely frustrated at Norrie’s flawless tennis. The Argentine double faulted, then fired the latest in a long line of errors to concede another break. Norrie had only to hold serve to reach all those significant milestones, and did so with his 45th win of the year in some style, 6-2.

He had made the pugnacious tennis of Schwartzman look a shadow of his own, and it fully deserved the reward of a place in his first Masters semi. He certainly recognised what a big match it had been:

“It was such a big moment for me this morning, first Masters quarter-final, especially against someone as good as Diego… Given all the circumstances, yes, probably my best result.”

With the top seed, No2 Daniil Medvedev, knocked out the day before by No23 seed Grigor Dimitrov, the draw had opened up a little for Norrie in the top half. The popular Bulgarian was devastating in the second half of that match, but would the No9 seed Hubert Hurkacz allow him to play his expansive, showy game? After all, the tall Pole had enjoyed an impressive season that included winning the big Miami Masters title and reaching the semis at Wimbledon.

Both liked to play attacking tennis, so it was hard to call the winner in this first meeting. The first big test came in the seventh game, with Dimitrov under pressure against three break points, and Hurkacz took his chance with his signature off backhand, 5-3. He sealed the set, 6-3, but Dimitrov, who had come back from a set and break down against Medvedev, broke at the start of the second.

However, Hurkacz levelled things quickly, and it looked destined for a tie-break until Dimitrov found some high-octane shots in a long 10th game that opened the door to the break, and after a long sliced backhand exchange, his skimming shot caught the net and died for a winner, 6-4.

But in the third set, Dimitrov seemed to hit a brick wall, looking completely spent physically. He was bent double in the face of a break point, but strung together a great run of points, including a lunging forehand volley pickup to hold, 2-1.

Indeed he seemed to get something of a second wind, breathing heavily, but so athletic in his reach and execution that he began to force Hurkacz errors. Indeed he went on to break for 4-2, and the Pole needed to respond. And he did so with a love hold, and then went on to break as Dimitrov served for the match. The Bulgarian hung tough, clearly hurting, but would have to survive a tie-break conclusion.

He did not just survive it, he went after his shots, with penetrating forehands and some deft net finishes, 4-2. A tired backhand error from Hurkacz and Dimitrov had match points, and drew one last error for the match, 7-6(2).

It was Dimitrov’s 100th Masters match-win, won with his particular brand of charismatic tennis, but it came at huge cost—his second tough three-setter against a top seed. He collapsed exhausted on his chair: and Norrie would surely see that and draw some satisfaction before their semi showdown.

Bottom half of draw plays Friday:

No31 seed Taylor Fritz vs No3 seed Alexander Zverev

No2 seed Stefanos Tsitsipas vs No29 seed Nikoloz Basilashvili

[Nadal’s withdrawal means he does not feature in the Race]