It is Zverev’s fifth title of year, his career 18th, but tells Tiafoe “See you in top 10 soon” 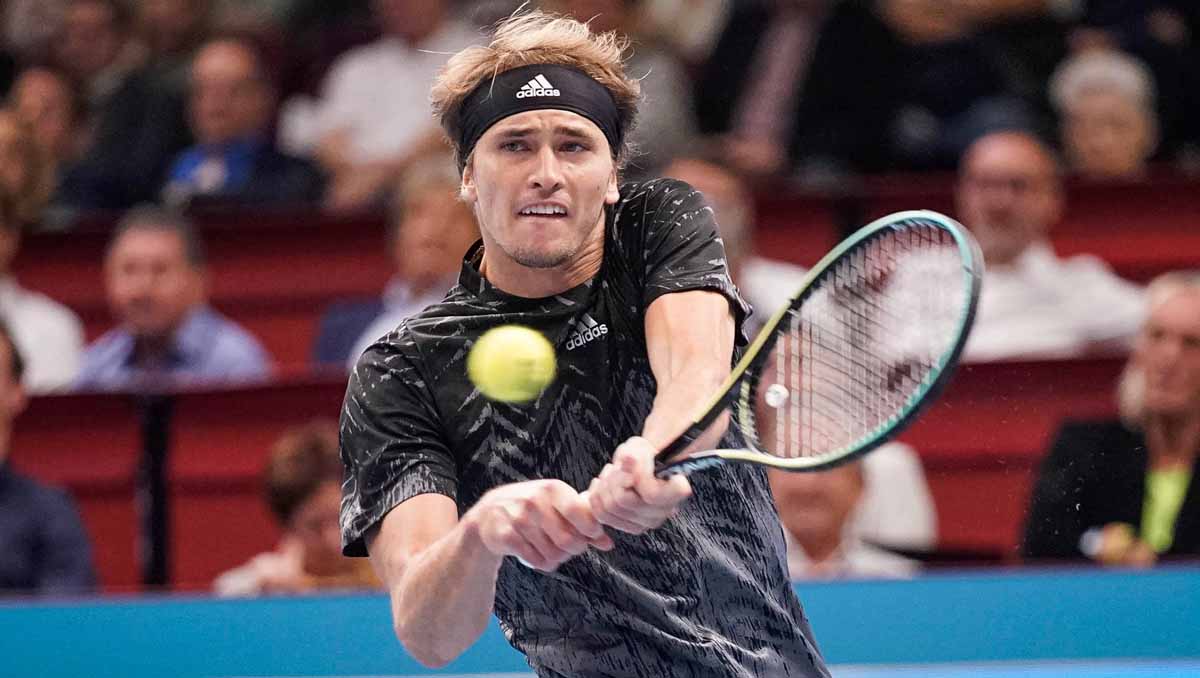 One of the finalists at the last ATP500 tournament of the year confirmed his place among the elite eight at the ATP Finals almost a month ago.

The 2018 London champion, Alexander Zverev, qualified for the fifth time on the back of another outstanding season: Four titles topped by Olympic gold, his fourth and fifth Masters titles in Madrid and Cincinnati, and victory in Acapulco.

With 51 wins in 2021, and two Major semis plus a quarter-final at the Australian Open, Zverev had notched up seven victories against top-10 opponents. Now with 17 titles to his name, he was still just 24 years old.

His opponent in the Vienna final, though, was younger still. At 23, Frances Tiafoe’s talent and athleticism had been there for all to see since winning his first title from two finals in 2018. But while he broke the top 30 with his quarter-final run in Australia more than three years ago, the big American came to Vienna ranked just 49.

However, since joining forces this year with former top player, Wayne Ferreira, Tiafoe’s confidence and consistency had burgeoned before his fans’ eyes. Since beating Stefanos Tsitsipas at Wimbledon, he had also beaten Denis Shapovalov in Toronto, Andrey Rublev at the US Open, and played one of the matches of the year, and one of the longest, against Andy Murray—three tie-breakers—in Antwerp.

Clearly the faster courts of Vienna suited him, too. He had to come through qualifying because of the outstanding quality of the draw, but he beat Tsitsipas again, and from 0-3 down in the third set, then took out Turin hopeful Diego Schwartzman in two sets, and finally ended the run of No7 seed Jannik Sinner from a set and 2-5 down.

That took Tiafoe to a career-best 29 tour-level wins for the season, and the prospect of a surge in the ranks to 34 should he win his first title in three and a half years. But Zverev was huge barrier to any such ambition.

The German’s consummate confidence saw him make a fast love hold to open proceedings, and then, in the face of early attacking play from the American, he worked a break point in the second game.

But Tiafoe has developed a range of tactics to supplement his power game, and rather than charge the net, he used slice, top-spin, changes in direction and pace to work the hold.

All he could do, though, was watch from the back of the court as aces rained down from Zverev—another love hold. Come Tiafoe’s serve, and the Zverev pace smothered him, and the German broke, but not for long.

The American hammered a couple of huge winners to break straight back, and the crowd that has taken this young player to its heart for his showmanship and all-court shot-making responded with a roar.

It was just what Tiafoe needed, and his serve cranked up to win seven points in a row: 3-3. He won a dazzling rally to open the seventh game, but Zverev stayed calm, opted to come to the net to wrench back control, but Tiafoe was now in full flow, chasing down a lob, picking off high backhand winner, threatening his opponent. But Zverev’s serve saw him through to a hold, and a ninth ace made it 5-4.

Again, a love hold, and Tiafoe once more had to serve to save the set: He snatched at one forehand and faced break and set point. An ace saved it, then he threw in a winning serve and volley play. Zverev countered with a bullet of a forehand down the line, then one cross-court to work another break chance. Tiafoe hit just wide, and was a set down, 7-5, after an explosive three-quarters of an hour.

Both had made more winners than errors, both had made five winners at the net, but Zverev’s serving just had the edge.

And so it continued, with a Zverev love hold to open the second set, and he worked a break chance. Tiafoe held, but Zverev yet again held to love with his 16th ace. The American just watched it fly by, smiled, and held out a hand as they changed ends.

Tiafoe found himself battling for every hold: He stayed alive in the sixth via three break points, but kept up the attacking style.

He came undone at the net a couple of times with returns landing at his feet, and could make few inroads on the German’s serve. There were signs, too, that he was tired: He had, after all, played two three-setters even to get in the main draw.

But now, for the first time in the set, Tiafoe won a couple of vital points with a backhand pass, a touch volley, another pass, and he had deuce, then break point. However, all the effort came to nothing in the face of highly focused serving from Zverev.

It was the American’s last hurrah: Zverev returned serve in blistering style to draw errors for three match points, and a final backhand winner down the line, his 35th winner of the match, finished the job, 6-4.

There was a warm embrace and exchange of words at the net, followed by an ovation as Tiafoe’s name was announced. Then the two sat together on one bench, chatting and laughing as they waited for the trophy ceremony.

The American beamed, as he has down all week, as he said: “This has been the best week of my career so far.” And Zverev concurred:

The match had been a fitting end to an outstanding Vienna tournament that has showcased the very best of the new generation of players now filling the top of the ranks.

These two were the elder men in the Vienna semis: Sinner is only 20, Carlos Alcaraz just 18. Even in the quarters, only one man was aged over 25, and four were younger even than Tiafoe. What is more, five of the eight were either in or close to qualifying for the ATP Finals.

It promises much for the coming year and beyond.

Paris Masters 2021: The race is on – to Turin and to year-end No1 – as Djokovic returns to court