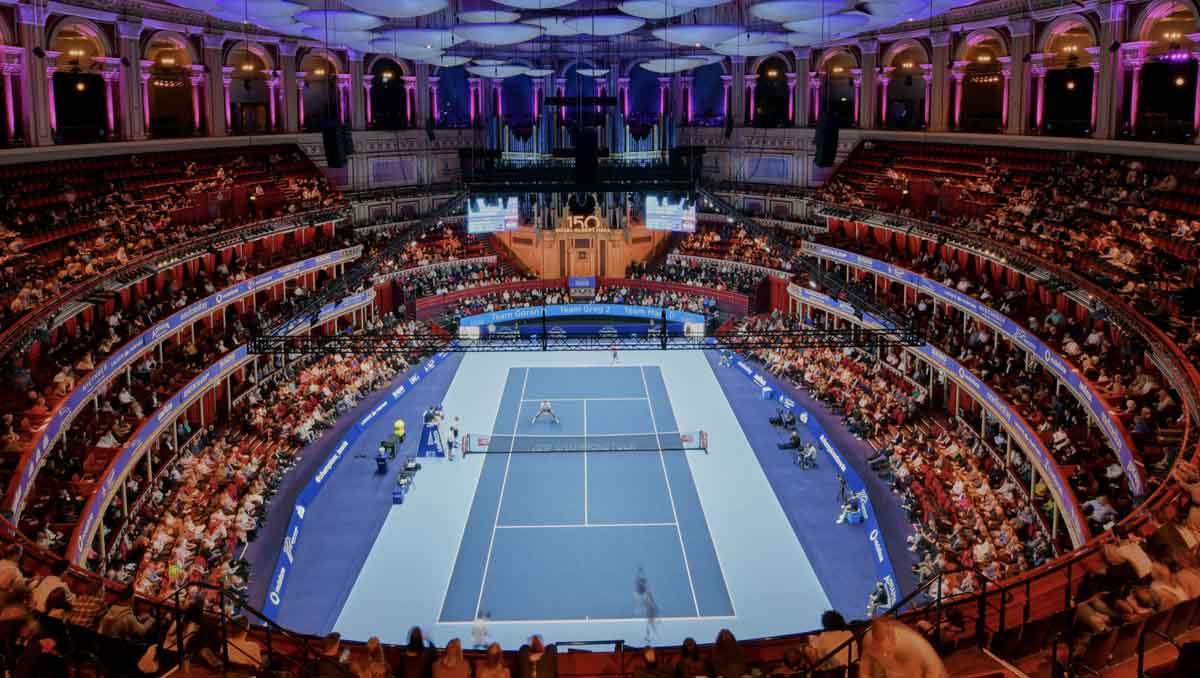 The ATP Champions Tour’s Champions Tennis event has returned to the Royal Albert Hall this week, with Emma Raducanu headlining the event.

Champions Tennis sees players who have held the world number one ranking, reached a Grand Slam singles final or been a singles player in a victorious Davis Cup team, compete in a mixture of team and individual events in both singles and doubles.

This year also marks the last time the tournament is being held at the historic Royal Albert Hall.

Paul McCann, VP, Tennis Events at IMG said: “For 24 years we’ve given fans the amazing opportunity to watch their favourite tennis superstars play in the iconic Royal Albert Hall, and this year has been like no other.

“It’s fantastic to see the players compete on the court again, and for a final time, cheered on by the roar of the packed crowd.”

Tickets are still available from £20 and can be purchased via the ATP Champions Tour website here: www.atpchampionstour.com/london. For more information see Champions Tennis on Twitter @ChampionsTennis and on Instagram @champions_tennis.

The event is also being live streamed on ATPChampionsTour and on Facebook at The ATP Champions Tour.