Defending champs Spain edged out despite home support; USA and France also out 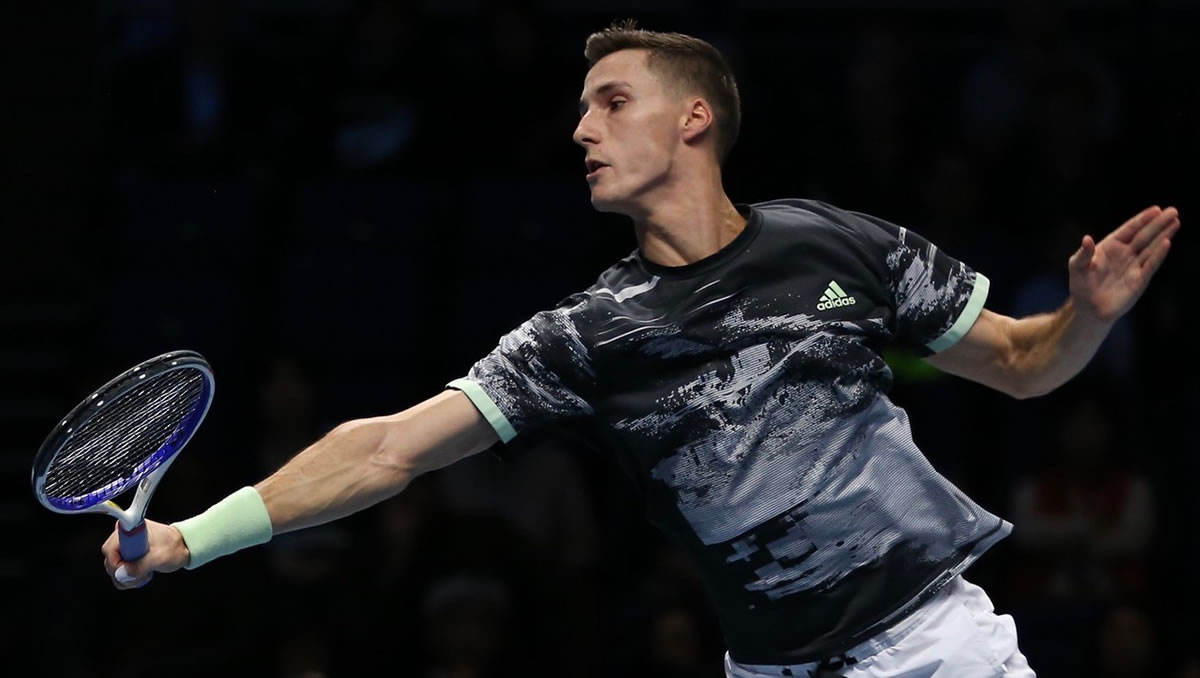 The last tie of round-robin action—which appropriately enough took place in Madrid—could not have been closer, and kept the final line-up for the quarter-finals in the air until the very last set.

That set, the third in the doubles match between defending champions Spain and perhaps the strongest team in the tournament, Russia, put out the home nation, and propelled world No2 Daniil Medvedev, No5 Andrey Rublev and No18 Aslan Karatsev to the top of Group A.

The 40-year-old Feliciano Lopez, ranked outside the top 100, stepped up to play singles rubbers against both Russia and Ecuador after Spain’s young superstar Carlos Alcaraz contracted Covid, and he won both his matches. So it came down to the doubles rubber.

There, Lopez was again front and centre, partnering Marcel Granollers. It was a formidable pairing, as both have significant doubles prowess, but Rublev and Karatsev fought back from a set down to steal the win, 4-6, 6-2, 6-4 late on Sunday night.

The Russian squad, one of only three nations to score 5/6 sets in the tournament, will again be hot favourites in their quarter-final against the better of the two runner-up teams, Sweden.

Perhaps the surprise package, though not for the first time, was Kazakhstan, also playing in Madrid as a member of Group B. Alexander Bublik, ranked 35, won both his singles rubbers against Sweden and Canada, while Mikhail Kukushkin, currently 183 in the world, won one of his. With two doubles wins, the Kazakhs headed to the quarters for the sixth time, though they will have to dig even deeper to win that one.

They will face the other runner-up, Serbia, led by world No1 Novak Djokovic—who, not surprisingly, won both his rubbers—in a team that has breadth and depth. Filip Krajinovic, ranked 42, lost his singles match, but his compatriot Dusan Lajovic, ranked 33, regained the ground by winning a tough three-setter against Austria.

The other notably strong performance came from Croatia, after its two young singles players, both ranked outside 200, won their rubbers against the, on paper, considerably stronger Australia and Hungary.

The Croats’ figurehead Marin Cilic—a former Major champion, with 28 ties and 42 match-wins in Davis Cup to his name—went 1/1 in singles, but with the doubles stature of Nikola Mektic and Mate Pavic in the line-up, their results were rarely in doubt.

So the 2018 champions Croatia also head to the quarters with a 5-1 record, but like Kazakhstan, their road to the semis is a tough one. Italy is up there with Serbia and Russia in terms of the quality line-up available, with No10 Jannik Sinner, No27 Lorenzo Sonego and No37 Fabio Fognini, all ably backed by No59 Lorenzo Musetti.

Sinner and Sonego scored singles wins over the USA and Colombia, and Italy only fell short in doubles. With their quarter-final against Croatia the first in the schedule, and on home soil in Turin, the away team can also expect a raucous crowd against them.

Great Britain, without either of their former stalwarts, Andy and Jamie Murray, in the line-up, proved just what a force the nation has become even without the famous brothers.

Both Cameron Norrie—who made it to the ATP Finals in Turin earlier this month—and Dan Evans, ranked 12 and 25 respectively, put together career-best seasons with their first titles in 2021, while GB has long boasted strong doubles players. This time, it was ATP Finals runner-up, and third in the doubles ranks, Joe Salisbury, alongside Neal Skupski, himself ranked 20.

Against old rivals France, even depleted by the absence of Gael Monfils, GB had a tricky tie, but with singles wins under their belt for Norrie and Evans, the Britons lost only to ATP doubles champions Nicolas Mahut and Pierre-Hugues Herbert.

Then against the Czech Republic, GB fought back from a 1-0 deficit after Evans lost to a blistering performance by Tomas Machac, and won the singles and doubles rubbers. It was enough to take GB to the top of Group C and a meeting in the quarters come Tuesday against Germany, who edged Serbia and Austria despite the absence of Alexander Zverev.

So the stage is set across the three host cities for one quarter-final each day as eight nations become the four who will contest the semis on Friday and Saturday—with two nations forced to relocate to Madrid to complete the semis and final.

Should GB beat Germany, they will next expect to face Russia come Saturday’s semi-final, for it would be an upset if Sweden beat the Russians in that tie. And by then, the winner of the other semi—and the form books say that should be between Italy and Serbia—will already be known.